With the start of the South American ski season almost upon us, guest blogger Arnie Wilson guides us through the continent's best ski resorts...

It is almost unheard of for any skier or snowboarder to venture into the wonderfully impressive Andes, which divide South America's only real skiing nations of Chile and Argentina without being captivated by both countries' resorts.

Sir Arnold Lunn, the British ski pioneer, once famously said: "An Englishman is at home in the Alps, but an intruder in the Andes". An intruder, not necessarily in a malevolent sense, but as a visitor from another world. 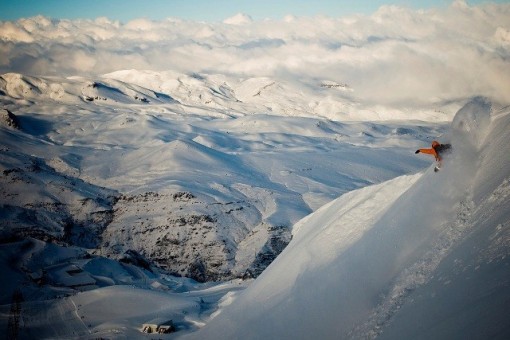 The Andes, in other words - a magnificently remote mountain range – are almost other-worldly compared with the Alps: a place where the human race, or at least westerners, seem to be relative parvenus and outsiders.

From a casual glance at a map, it seems almost as though one can visit both Argentinean and Chilean resorts in a systematic way as one journeys south along the stunning cordillera that provides such a spectacular backbone to both countries. But unfortunately you can't just drift, as it were, from Chilean slopes to those in Argentina at will.

There are only two mountain passes linking the two countries in winter – the Cardenal Antonio Samoré pass, where lush, sub-tropical vegetation bowed down with snow lines the route, giving it a wintry, surreal Lost World of Conan Doyle feel, and the fiercely bleak and desolate Uspallata pass, which culminates at Chile's oldest resort of Portillo just before dropping across the Argentine border. Trucks, engines screaming, use this route to ply between the central valley of Chile and the Argentinean city of Mendoza.

The Samoré pass links both countries' Lake Districts from Argentina's San Carlos de Bariloche to Chile's Osorno district. So for those who wish to work their way down the Andes, taking in as many resorts as possible, the practical modus operandi is to start on one side of the mountains and ski there until the opportunity arises to cross one of the two passes, and then linger on the other side until the next opportunity arises to change countries.

In fact the best solution might well be to do all your Chile skiing before crossing into Argentina – or vice versa. Mix and match doesn't really work. 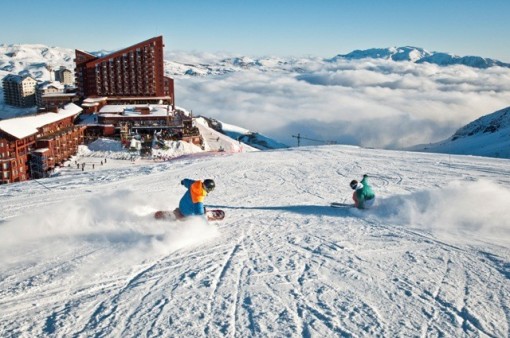 For the most immediate introduction to skiing in the Andes, the best plan is to make for Santiago, the Chilean capital: there are four resorts within immediate striking distance.

The three closest, a mere 30 miles or so from the capital, are linked: Valle Nevado, the French-designed purpose-built ski centre which is the only genuine destination resort of the three; La Parva, an up-market resort where wealthy Chileans have second or even third homes; and El Colorado, a more prosaic ski area, whose custom is drawn mainly at weekends from day trippers from Santiago.

These three areas are often referred to, a touch optimistically, as Chile's version of France's vast Trois Vallées system. 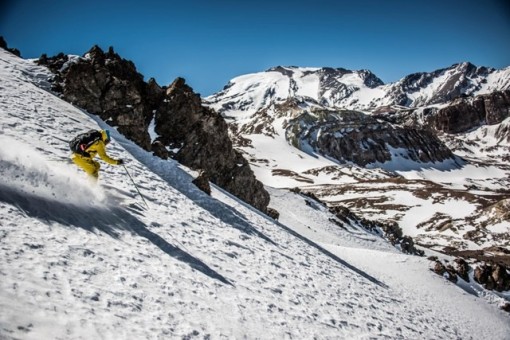 A little further afield (some 100 miles from Santiago) is Portillo, a resort in a spectacular location on the shores of the Laguna del Inca.

In the days when the only way to reach Mendoza from Santiago was the Trans Andean Railway, Portillo, at almost the highest point the railway reached, was linked with it via a short spur line.

To this day, with sufficient blown-in snow, you can ski through an old tunnel along the now long-abandoned track by making a short detour from the Bajada Del Tren run. 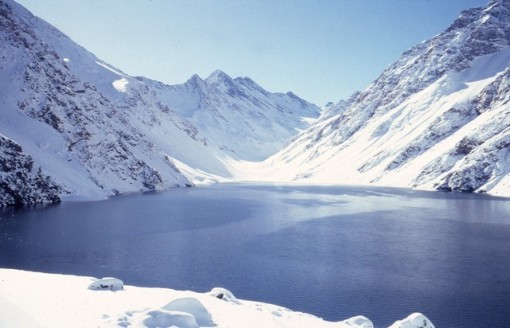 Because Chile is such an extraordinarily long and thin country, getting to the other resorts involves travelling considerable distances to the south. As you move down the seemingly endless cordillera, the terrain becomes more and more interesting, with volcanoes rearing up (mainly on the Chilean side) and gradually the ski areas you reach become more and more exotic – but less alpine.

Termas de Chillán is on the cusp of this transition, and it is fortunate to have the best of both worlds - a truly extensive, reasonably modern ski resort combining a fascinating volcanic flavour - and smell! (Even the mild stench of sulphur has a curious attraction once you realise it’s not the drains of the mountain restaurant).

The nearby city of Chillan was the birthplace of Chile’s unlikely first president, Bernardo O’Higgins (b.1778), the illegitimate son of an Irish born governor of Chile and Viceroy of Peru and Isabel, a young Chilean aristocrat almost 40 years his junior. To this day his name lives on: every major city in Chile has something named after him, be it a street, a hotel, and even a football team (O’Higgins Santiago Wanderers)!

If you don’t fancy the longish haul down the Pan American Highway there’s now an excellent train service from Santiago to Chillan, which takes four hours and is rarely late: good going for a South American train.

From Chillan, you can move on to investigate other Chilean volcano resorts like Villarrica Pucon, Llaima and Antillanca before crossing the border to Bariloche, or Gran Catedral (the resort’s official name), the most European of the Argentine resorts, way down near the shores of Lake Nahuel Huapi in the heart of the Argentine Lake District.

If you decide to cross into Argentina via Portillo, you can (eventually) get to Bariloche that way too (it’s a fearsomely long drive!). But first you can head for the distant Argentinean resort of Las Leñas, revered as the Chamonix of the southern hemisphere, with its phenomenal off-piste opportunities. 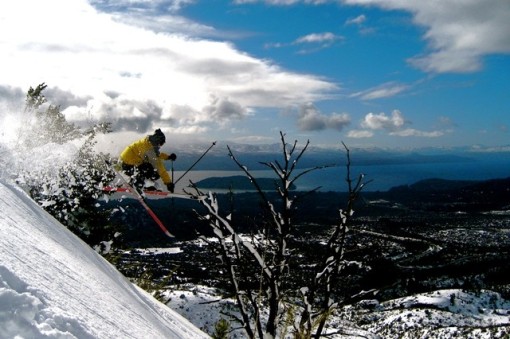 If you want conventional skiing with plenty of cruising and delightful scenery, with outstanding lake views, Bariloche will not disappoint. It has the additional advantage of being close to the cosmopolitan city of San Carlos de Bariloche.

Las Leñas, on the other hand – not far from the spot where a plane-load of Uruguayan rugby players crashed in 1972, inspiring the book ‘Alive!’ and a subsequent film - is not really near anywhere, although there is a small airport at Malargue. 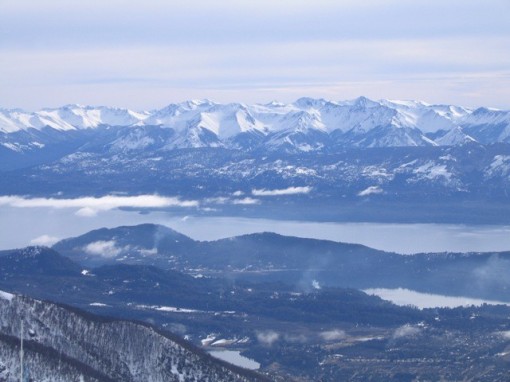 For further information on the major ski resorts featured here: