I spent last week in Avoriaz, where I have taken my family every Easter for the past four years.

I first learned to ski in nearby Morzine, so the Portes du Soleil has always been an area close to my heart. When it comes to kids, however, Avoriaz takes some beating, and it was no surprise to me that it was voted “Best Family Resort 2012” in the “World Snow Awards” here in the UK. 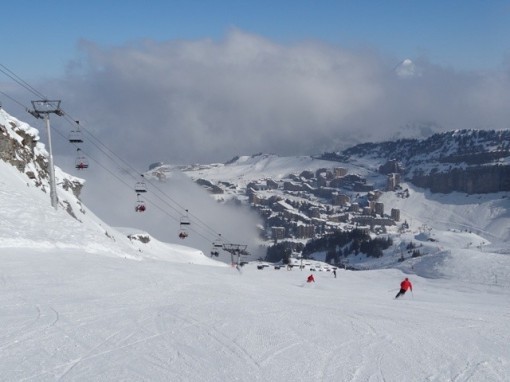 One of its key attributes is its snow. It may not always have the best snow in France - the slopes simply aren’t high enough for that (particularly in spring) - but it does, on average, have the most. Indeed, with around 7.6m of snow a year nowhere else in France (at resort level) even comes close.

So why does it get so much snow?

At 1800m it’s partly a question of height. More importantly, however, it’s a question of location. Avoriaz sits on an exposed cliff close to the northern edge of the Alps and bears the full brunt of storms moving in from the north-west, the direction from which the northern French Alps would expect to receive most of its snow.

Resorts of a similar height in the Tarentaise (such as Courchevel, Arc 1800 and Les Menuires) only average about 4-5m of snow each winter because they are set a little deeper into the Alps. 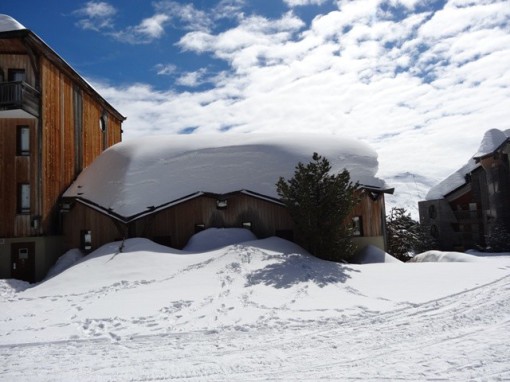 Still 3m of snow in Avoriaz in mid-April - Photo: weathertoski.co.uk

That said, it is important not to confuse snow quantity with quality. Avoriaz may be the snowiest ski resort in France, but its slopes only reach 2275m and can suffer in the warmer weather.

Back to last week though, and Avoriaz was certainly living up to its reputation with around 3m of level snow at village level and further storms throughout our stay. One blizzard in particular was so fierce that it almost blocked the way into our apartment! 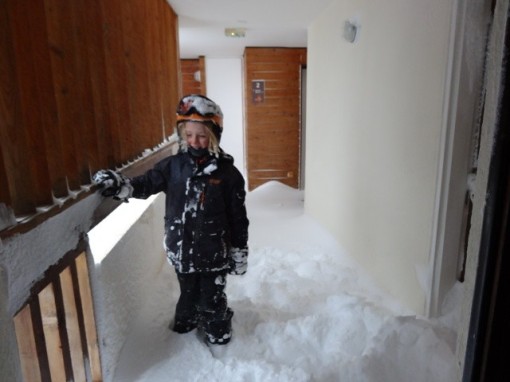 The quantities of snow that have fallen this year are simply astonishing. This is the fourth year in a row that I have skied in Avoriaz in April, perhaps the tenth time in all, and NEVER (at any time of year) have I seen anything like this. In some places, the snow was so deep it would have been possible walk straight off the pistes and onto your second floor balcony.

Further evidence for just what a remarkable season this has been could be seen by looking across the valley towards Morzine (980m). In a normal year, the lower slopes of Le Pleney (above town) would begin to turn patchy by early March, with only a few thin strips of white left hanging on by April. This year – as can be clearly seen in the photo below – snow cover was still complete all the way down to town on 8 April. 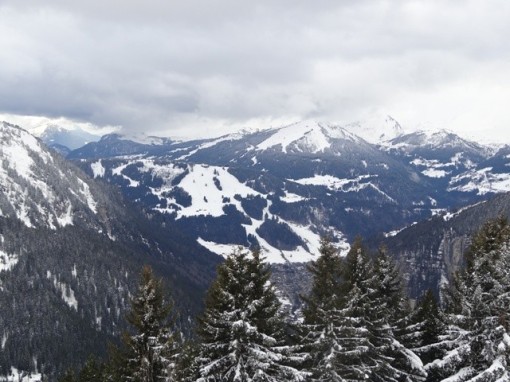 Complete snow cover in the slopes of Le Pleney above Morzine (980m) - taken from Avoriaz on 8 April 2013 - Photo: weathertoski.co.uk

So we had masses of snow last week - sadly not very much sunshine. But this did give us the perfect excuse to try out Avoriaz’s stunning new swimming pool complex ”Aquariaz”.

Aquariaz is billed as “the ultimate aquatic paradise” and boasts an impressive array of features for children (and adults) of all ages set in a pseudo tropical forest.

For the younger kids there is a designated play area with waterslides, giant water pistols, geysers and all manner of other water based gimmicks and gizmos. Older children and adults can enjoy the circular river with its varying current, water jets and “massage seats”.

There is also a climbing wall from which you can jump into the “adult” pool. Most exciting of all, however, is a 10m near vertical half-pipe that you descend one or two at a time in rubber rings at break-neck speeds. Not for the faint-hearted. 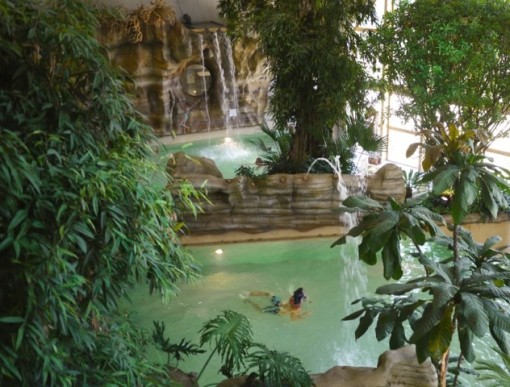 Given its location close to the cliff edge and the magnificent mountain views afforded by the huge floor to ceiling windows, it’s a wholly surreal experience - and a fantastic diversion from the slopes if the weather isn’t playing ball.

It is also testament to the hard work (not to mention money) put in by the authorities in order to make sure that Avoriaz is continually evolving. The resort is already one of the most forward thinking in France and never seems to rest on its laurels.

New or upgraded lifts appear on a quasi-yearly basis (this spring finally sees the ancient cable car up from Prodains replaced by state of art jumbo gondolas), and its reputation as a pioneer/ leader of the snowboarding/freestyle scene remains firmly intact. 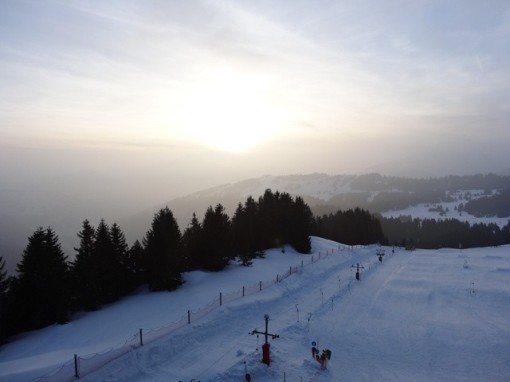 That’s not to say that the resort’s appeal is limited to the younger crowd. Avoriaz has long been keen to attract a more upmarket clientele, something which prompted the construction of a number of luxury new residences, including L’Amara, which was finally completed this year.

The April jazz festival is also clearly aimed at more discerning types, in sharp contrast to the “Rock the Pistes” concerts held here in March. 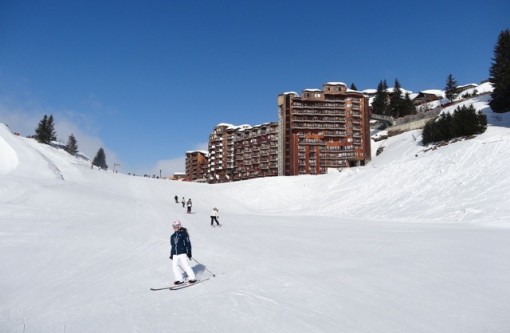 A rare break in the weather last week - Photo: weathertoski.co.uk

As for the skiing, I personally never tire of it. Granted there isn’t the same altitude or vertical as offered by some of the Tarentaise resorts. But - given good snow - you would be hard pressed to find a greater variety of pistes (or mountain restaurants) than those offered by the Portes du Soleil.