Planning a weekend on the slopes? Want to maximise your time skiing, but minimise your risk of poor snow?

Geneva is the easiest and cheapest airport to get to in the Alps, with a huge choice of daily flights from all over Europe and the world. What's more, there are literally hundreds of ski resorts within a short drive once you get there.

Here's our pick of the most snow-sure ski resorts within 90 minutes of Geneva... 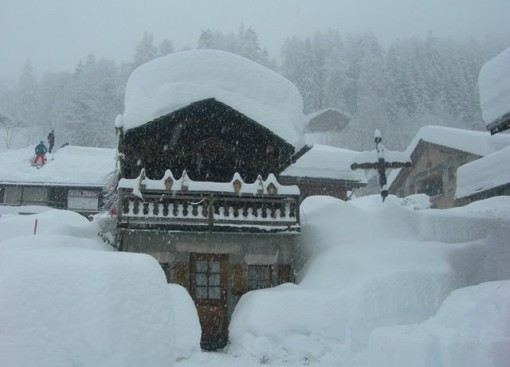 Chamonix - more specifically Argentière - is the only ski resort within 90 minutes of Geneva that offers pistes over 3000m.

Argentière is at the snowier, north-eastern end of the Chamonix valley, and the upper half of the 3275m Grand Montets offers some of the most reliable conditions in the Alps.

The terrain here is best suited to experts, who will relish the long 1300m vertical blacks from the top of the cable-car, not to mention the limitless off-piste opportunities. Always take a guide though - this is some of the most treacherous terrain in the Alps.

Nearby Le Tour (1450m), four kilometres up the road at the head of the valley, claims to be the snowiest village (as opposed to ski resort) in France. The slopes here are gentler than at Les Grands Montets, with some excellent tree skiing off the back of the area towards Vallorcine. 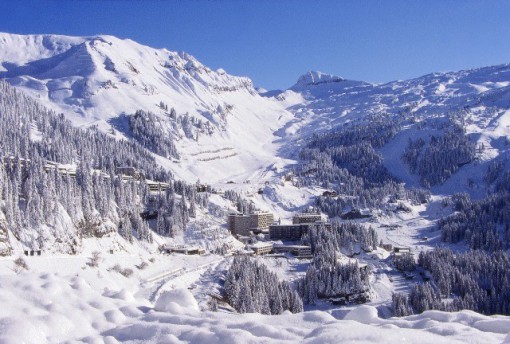 The Flaine bowl has a very snowy micro-climate.

Taken in isolation, the main Flaine bowl is arguably the most reliable ski area in the Haute Savoie.

Firstly, it has a renowned micro-climate and is known to get a lot of snow - close to 6m a season at resort level, which brought it close to our top 10 snowiest ski resorts in the Alps.

Even more impressive, however, is the 15m (annual snowfall) at the summit of the Grandes Platières (2480m) - which makes it the snowiest pisted mountain in France!

One of the reasons the Grandes Platières is so snowy is that it is one of the highest points on the windward side of Mont Blanc. Not only does this mean that it gets the full force of storms moving in from the north-west, but the area also benefits from its proximity to the mountain, which forces the air to rise (on a more macro scale) and purge itself of extra moisture.

Last but not least, the main bowl faces north and is also quite shady, which means excellent snow preservation late into the season.

Flaine is best suited to beginners and intermediates, but there is plenty to amuse more advanced skiers too. But beware the off-piste, which looks inviting but is riddled with cliffs and pot-holes. Always take a good guide! 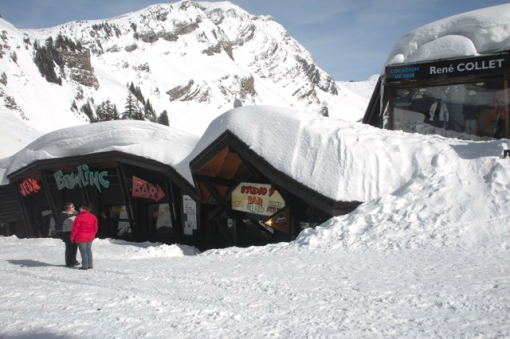 Avoriaz has the highest average snowfall in France (at resort level).

With an average snowfall of 7.5m, Avoriaz 1800 (as it is known these days) is the snowiest ski resort in France - at least at resort level.

This is partly explained by the resort's height, but much more by its almost complete exposure to storms moving in from the north-west. There is virtually nothing to get in the way - you can even see the Jura mountains to the north of Lake Geneva from many parts of the ski area.

Granted, the skiing doesn’t go much higher than the resort itself - the top height is just 2275m - but there is usually plenty of snow, and access to other reliable parts of the Portes du Soleil is easy.

Locally the best snow is often found on the steep les Hauts Forts sector, which gets very little sun for much of the winter and is nearly always skiable to car park level (1200m) even in mid/late April.

The slopes between Avoriaz and Châtel via Plaine Dranse and Linga also hold their snow well.

Avoriaz is an excellent ski resort for mixed ability groups, with lots of options for all levels, including some genuinely steep blacks and plenty of off-piste. 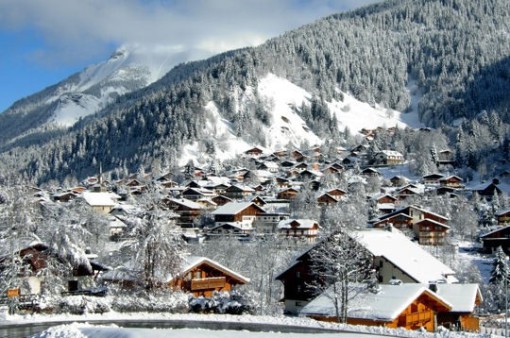 For its height, Les Contamines has one of the best snow records in France.

For its height, Les Contamines has one of the best snow records in France and nearly always has decent snow cover, even when other nearby resorts do not.

This is partly explained by its abundant natural snowfall (said to be caused by its proximity to Mont Blanc), but also by the area's ability to hold on to the snow that does fall.

The resort itself may be low, but most of the skiing takes place between 1700m and 2400m (quite high by Haute Savoie standards), with plenty of shady and north-east facing slopes and bowls.

The skiing here is best suited to intermediates, but there is also some fabulous off-piste, much of it easily accessible from the lifts. 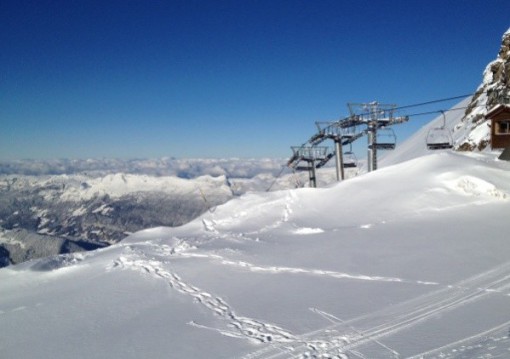 La Clusaz may not be the most obvious choice when it comes to snow reliability, but it certainly has a few surprises up its sleeve!

Situated very close to the north-western edge of the Alps, the Aravis are the first mountains in the firing line from storms coming in from the Atlantic.

Yes, rain is a risk lower down, but La Clusaz can also get prodigious amounts of snow higher up, and it is not uncommon to see the upper snow base on the leaderboard - at least for France.

The resort's trump card is La Balme, which reaches 2470m and faces due north, so even if the rest of the relatively low area is struggling, the snow is often good here. Indeed, in good years, ski touring has been known to continue well into June!

The skiing in La Clusaz is generally best suited to beginners and intermediates, but there are also plenty of challenges, most notably in the snowier La Balme area, which also plays host to some fabulous off-piste.