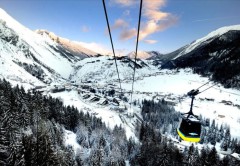 La Thuile may get less snow than its French neighbour La Rosière (with which it is linked), but it does have the shadier north-facing slopes and so snow quality is sometimes better – especially later in the season.

La Thuile has lots of trees on its lower slopes, which include some challenging pistes. Above the mid-station, however, the area is exposed and some lifts are prone to closure in bad weather, including the links to La Rosière.

Locally, the best snow can usually be found in the high bowls above Les Suches.

In the unlikely event of a lack of snow, it is possible that the linked resort of La Rosière over in France will be in better shape, as it is subject to different weather patterns.

La Thuile is one of our: