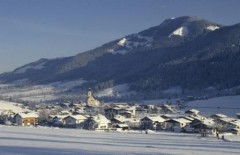 The Skiwelt may be Austria’s largest linked area, but it is also one of the lowest, reaching just 1890m. Extensive snow-making has improved matters in recent years, but the slopes are still vulnerable in warm weather.

The best snow is often found on the north side of the Höhe Salve above Rigi.  By contrast, the slopes above Brixen get a lot of sun and are the first to deteriorate as spring approaches.

The majority of the Ski Welt area is heavily wooded and affords good shelter in poor visibility.

The best snow conditions in the Ski Welt are often found on the north side of the Höhe Salve above Rigi.