Why are Val d’Isère and Tignes so reliable for snow?

Ask any seasoned skier to list their top Alpine resorts for snow and chances are that Val d’Isère and Tignes will be in the mix. In fact, many people would go further and argue that L’Espace Killy is THE most reliable area of them all.

Here at weathertoski, we tend to agree. Here’s why...

Obvious you might think! Val d’Isère is at 1850m (Tignes 2100m) with slopes that reach well over 3000m. That’s high by most Alpine standards, but there are other resorts with similar stats (Alpe d’Huez and La Plagne, to name a couple) that just aren’t quite in the same league when it comes to snow.

The difference with L’Espace Killy is the sheer extent of its high altitude skiing - about 60% of the 300km on offer is above 2500m and, in this respect, nowhere else in the Alps can come close.

What’s more (particularly in Val d’Isère), many of the home runs are steep and awkward which encourages people to remain above the mid-stations where the snow is better. 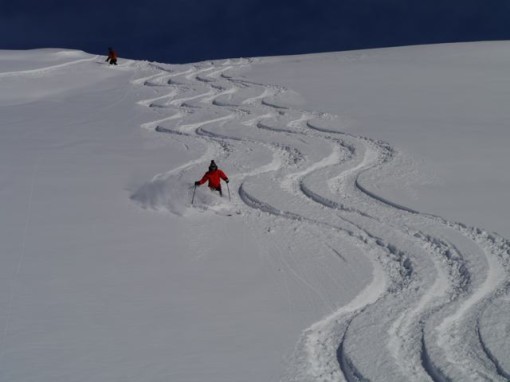 Although the slopes face many different directions, there is a high percentage of shady north-facing terrain, particularly on the Val d’Isère side.

Val d'Isère and Tignes have healthy, but not exceptional, snowfall averages of about 5-6m a season. This is isn't very different to other high Tarentaise resorts, but L'Espace Killy benefits from one particular weather phenomenon that gives it a distinct advantage over its rivals.

The northern French Alps generally look to the north-west for their heaviest snow. However, thanks to their proximity to the Italian border, Val d'Isère and Tignes can also get snow from the east/south-east, a privilege not extended to other Tarentaise resorts such as Les Arcs, La Plagne and the 3 Valleys.

This phenomenon is known as a "retour d'est" (return from the east) and, although it may only happen two or three times a season, it remains a valuable extra source of snow. 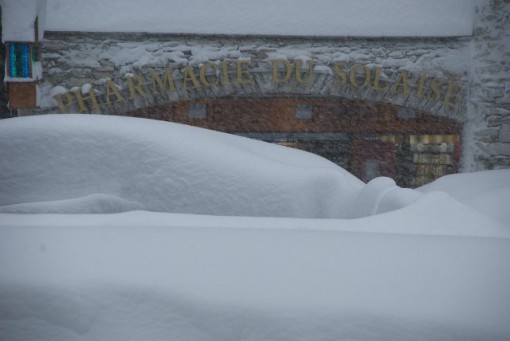 Val d’Isère and Tignes are set deeper into the Alps than most French resorts - you couldn’t get any further in without being in Italy!

This means that the warming influence of the gulf stream is reduced, and that the area is better able to ride out a mild spell than resorts of a similar height that are more exposed to the Atlantic (e.g. Alpe d’Huez or Avoriaz).

The risk of rain is also less. It can sometimes be raining to 2000m or more in the northern or western foothills of the Alps, yet snowing at 800m in Bourg St Maurice (down the valley from Val d’Isère), where the cold air is still trapped. 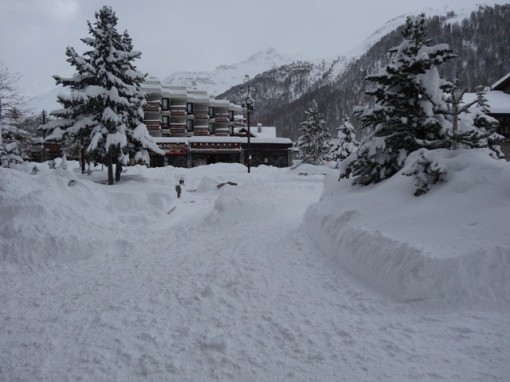 And if all else fails, you always have the glaciers - where good snow is pretty much guaranteed even if there isn’t any lower down.

A good example of this was at the beginning of the 2011/12 season when there was excellent skiing available on the Grande Motte glacier above Tignes, despite little or no natural snow elsewhere until the second week in December.

So is L'Espace Killy the most reliable ski area in the Alps?

All things considered I would rate Val d’Isère and Tignes as the safest bet in the Alps – at least if you want a big ski area.

If you are happy with a small ski area then there are plenty of rivals - Saas-Fee, Obergurgl and Hintertux, to name a few. But for the sheer extent of its high altitude snow-sure skiing, L'Espace Killy is in a league of its own.