2019-20 was a moderately below average snowfall season in North America's ski areas, at 94% of normal. The only conspicuously deficient region over the festive holiday season was the Pacific Northwest, but it was then hammered with snow in January.

A handful of areas reopened in late spring, all of which required advance reservation of limited tickets, the wearing of masks and compliance with social distancing measures. 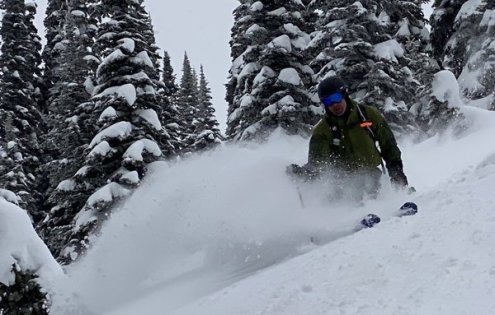 California was dry through most of November but got 1.5m during the last week of the month. After two more storms brought another 1.5m of snowfall before Christmas, the holiday season was above average, but January was below average with destructive winds. February was then the driest on record, with no more than 10cm falling in the entire month.

Easter week saw more than 1m of snowfall, though by this point the only area that opened in North America was Mt. Baldy (from 22 April to 3 May 2020). 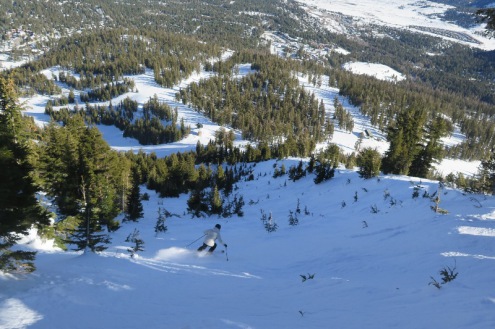 Utah also got off to a good start, with 1.5m in late November and 1m+ more before Christmas. More snow fell over the holidays and January was continuously snowy, totaling 2-3m+. The rest of the season was below average though, except for a 1m+ storm in late March. 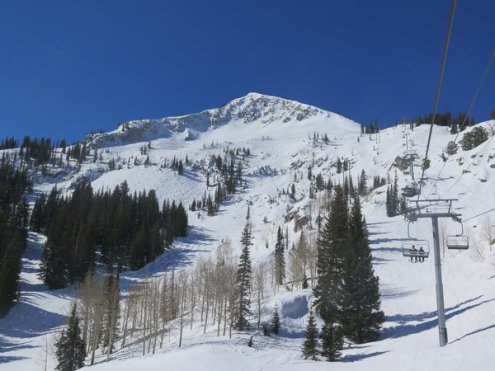 The Northeast had 88% of its normal snowfall overall, and a qualitatively mediocre season. Snowfall was below average through mid-January and the region was plagued with repeated rain and thaw, although skiing improved later in the month with a metre of snow.

February was the stand-out month, with 1-2m of snow and cold temperatures.  Warm weather and rain then returned in March, so conditions were deteriorating when skiing shut down mid-month. Most of the spring remained warm, though there was a freak snowstorm in early May. 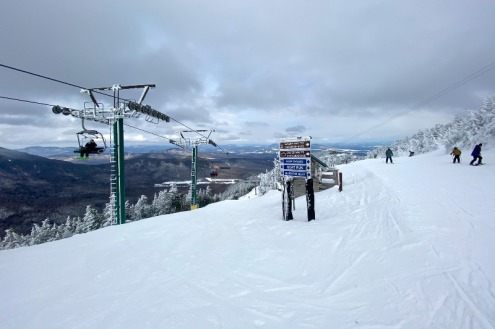 Decent snow cover in early March in Jay Peak, following a very snowy February in the resorts of the Northeast - Photo: facebook.com/JayPeakResort, 6 March 2020

The U.S. Northern Rockies had 93% of normal snowfall overall, with November/December being below average and particularly lean near the Canadian border. The region was then hammered with 2-3m in January and another 1.5m in early February. The rest of the season was below average.

Ski areas in this region stayed open longer than elsewhere in in the U.S. in March, four staying open until at least 20 March 2020, with Lookout Pass remaining open until 25 March 2020. The Beartooth Basin summer ski area was also open for its usual 30 May to mid-June season. 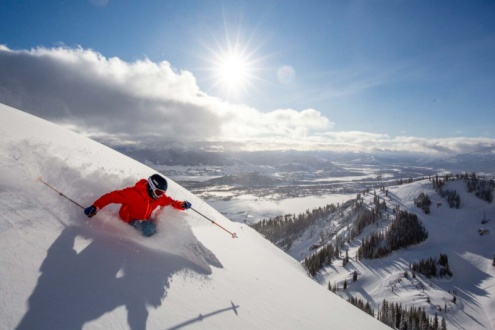 January was a record-breaking month for snow in Jackson Hole, with 420cm snow at altitude - Photo: Max Martin, jacksonhole.com/blog, January 2020

Interior Western Canada had average November snowfall to the north, but was very dry near the U.S. border. However, 1.5-2m of December snow led to a good holiday season in most areas.

The Banff areas had a normal January but the rest of the region got double their normal snowfall, with an average of 3m. February and March were average, while April was below average. Despite this, Interior Western Canada was the strongest region in North America for 2019-20, with 112% of its average snowfall. 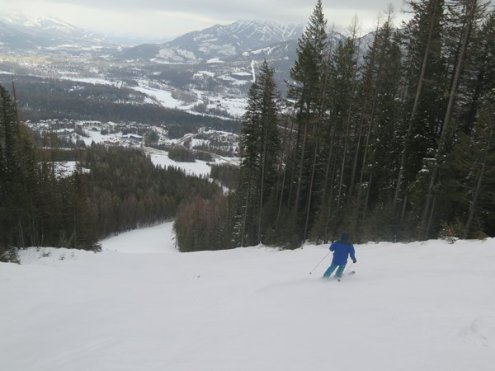 Colorado's Front Range/I-70 resorts had a below average November but recovered enough in December to have an average holiday season. January was also average, but February was a big month with 1.5-2.5m of snow.

March and early April were below average, but it snowed over a metre in late April, concluding the season at 95% of normal, long after all areas had closed by the Colorado governor’s order on 14 March 2020. Ski Apache in New Mexico remained open until 22 March 2020. 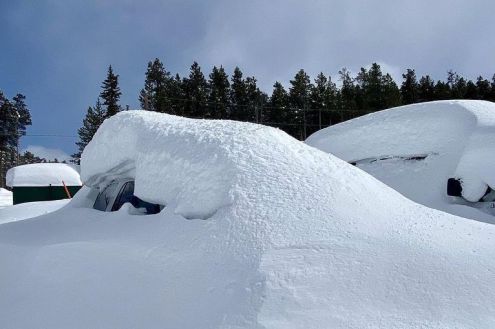 February was a very powdery month in Colorado. This is Breckenridge - Photo: facebook.com/Breckenridge, 25 February 2020

The Pacific Northwest had its driest November on record leading to Whistler, despite December being only moderately below average, having its  lowest ever percentage of slopes (30%) open at Christmas. This situation was quickly rectified by 4-5 metres in January.

February and March were below average and April was quite dry, resulting in the region having 87% of its average snowfall for the season overall. 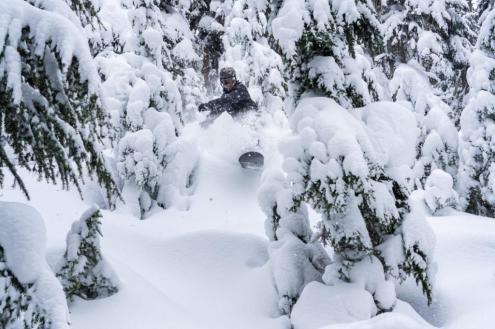