Qualitatively it probably ranks fifth, also trailing 1981-82, 1996-97 and 2007-08, due to extreme concentration of snowfall midwinter, and most regions seeing some prolonged dry spells during other months. December was a strong enough month that most areas enjoyed a good holiday season.

The south-west flow during the big atmospheric river storms resulted in some unusual relationships within regions.

Snowfall in California through the 2016-17 Christmas/New Year holiday season was average at higher altitude areas, but lower areas had excessive rain.

Three atmospheric river storms slammed California in January 2017, producing a record 5-7m of snow, followed by two more in February totalling 3-5m. Snowfall was about half of average in March but above average in April. 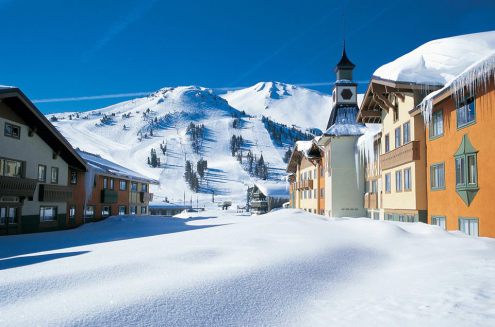 Utah had an average early season but was hit by the atmospheric river storms coming from California in January (4m+) and February (3m+) 2017.  March snowfall was below average and April snowfall above average, with the season overall at 120% of normal.

Colorado was bone dry for the first half of November 2017 but 2m of December snow more than made up the deficit by Christmas. The big January storms still had enough punch left to snow 2.5m over most Colorado resorts, with up to 4m in a few favoured locations.

Front Range resorts had about half normal snow in February and March, while the Southwest areas caught more of the February storms coming from the West Coast. The Front Range areas had more snow in April/May, allowing A-Basin (8.9m, 110%) to stay open to 11 June 2017. 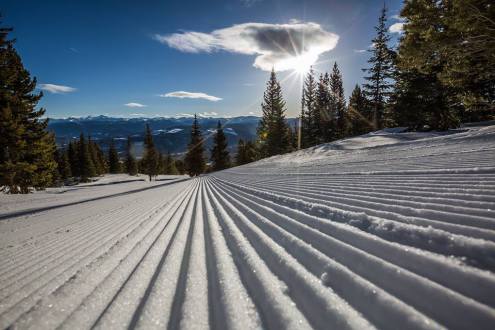 A solid season for most of Colorado with close to average snowfall here in Breckenridge – Photo: facebook.com/Breckenridge

The US Northern Rockies had 123% of normal snowfall in 2017-18. Most areas had strong December storms from the Northwest. The January storms from California mostly went farther south but the February storms hit this region as hard as Utah. March snowfall was heavy near the Canadian border but below average farther south.

Grand Targhee led the region with 12.5m (106%) but some other areas fared relatively much better. Jackson Hole had 11.4m (122%), Sun Valley’s 8.3m (167%) was its second highest season and Whitefish had 11.4m (134%), which was its highest recorded complete season, though there are likely a few higher seasons with incomplete records. 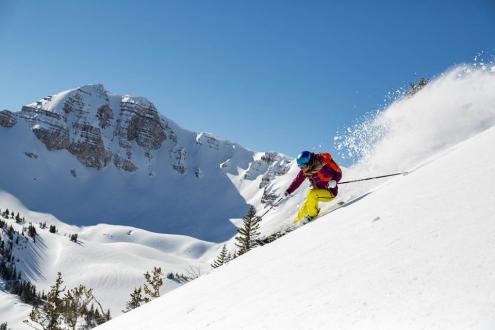 The Northeast enjoyed 115% of normal snowfall in 2016-17, its best season since 2008.  Snowfall was even more concentrated than usual in the northern half of Vermont. Those areas got 1.5m of snow in December before Christmas, another 1.5m late December into January, and 2m late January to mid-February.

The only breaks in this action were rain events at Christmas and before the mid-January 'Martin Luther King' holiday weekend. Conditions deteriorated with warm temperatures and a rain freeze for three weeks starting in late February, but the best skiing of the season arrived mid-March with 1.5m of snow and continued with refresher snows into April. Spring coverage lasted a few weeks longer than usual and Killington closed on 1 June for the first time since 2003. 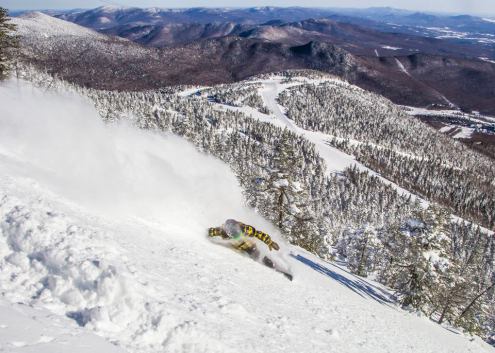 Above average snowfall in the Northeast this winter. This is Jay Peak, Vermont – Photo: facebook.com/JayPeakFan

Interior Western Canada was the only region with average November snowfall, and thus had an excellent holiday season after a snowy December. January was the driest month, as most storms tracked south through California. Snowfall was above average the rest of the season, particularly in March, which was a warm and dry month in most of the western U.S. 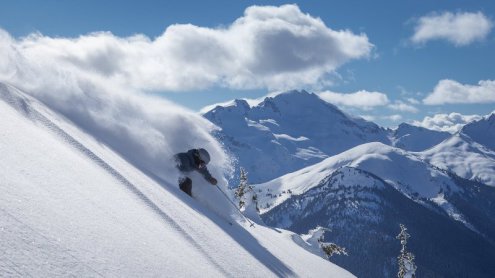 A return to form for Whistler this winter after some mediocre recent seasons – Photo: facebook.com/Whistlerblackcomb

The Pacific Northwest had 110% overall snowfall in 2016/17, but weather varied considerably by latitude. In the far north, Alyeska was often under high pressure directing storms further south and thus had only 7.2m of snow mid-mountain, 57% of normal.

Oregon benefited from both Northwest storms’ tracks in December and the California atmospheric rivers in January/February. Thus Mt. Bachelor had 13.7m (140%) and will reopen for the July holiday after running daily until 29 May 2017.

Mt. Baker was in the bull’s eye of March storms, receiving 6.8m for the month and leading North America for the season with 22.1m (135%).