However, skier visits were less depressed this time around because the driest months were mid-winter, rather than early season, and the regions with closest to average snowfall were those with traditionally the highest skier numbers - the Northeast and Colorado.

California's 38% of normal snowfall was a record low for any North American region. December was the snowiest month - but still below average. Whereas January and March were bone dry, and February's only major storm was all rain below 2,500m. Much of the steeper terrain never opened all season. 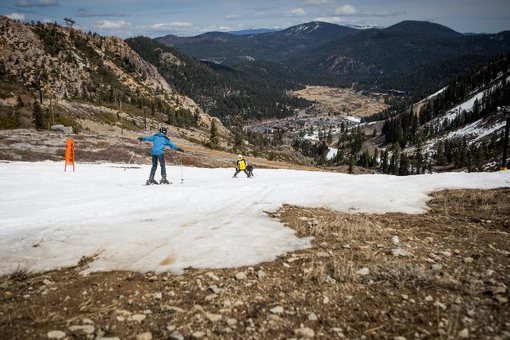 Another desperate season for Californian resorts - this is Squaw Valley in March 2015.

The Pacific Northwest was not unusually dry like California, but most of its precipitation was rain below 1,500m and thus the region tied its 1976-77 record low snowfall at 44% of normal. A modest snowpack accumulated through January, but it rained heavily to 2,500m in early February and warm weather continued for over a month after that.

Lower altitude areas like Mt. Baker (6.7m, 41%) and Snoqualmie Summit (2.6m, 26%) lost their snowpacks and closed for the season in early March. Even Alyeska had excessive rain, with record low snowfall of 4.4 m (35%) mid-mountain, only 37% of what was recorded at the top of lift service vs. a normal mid-to-top ratio of 79%. Whistler had the most extensive skiing in the region with 6.6m (64%) and maintained at least a 1.5m base at altitude all season, even though surfaces were rough from late January to mid-March. 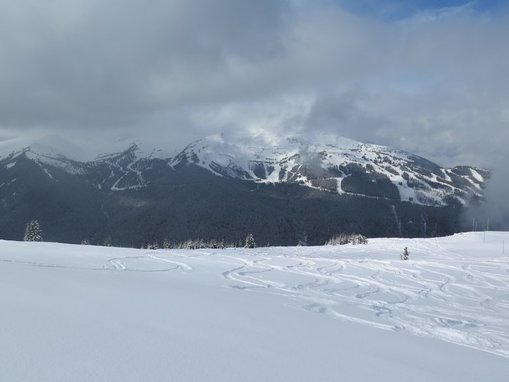 Decent snow cover here on the upper mountain in Whistler but, generally speaking, it was a disappointing season.

Interior Western Canada started well, leading to a good holiday season at most areas.  By late January the warm weather intruded, and it twice rained to at least 2,000m in early February, followed by warm and mostly dry weather through March. Overall snowfall was 83% of normal.

Lower altitude areas like Schweitzer (3.2m, 45%) suffered from Northwest rain along with the dry late season. Grand Targhee led the region with 7.6m (65%) despite record low snowfall in February and March.

The Northeast had 90% of normal snowfall but enjoyed a qualitatively good season due to consistent cold temperatures. There was some snow in early December but it rained just before Christmas. However, there was no rain between early January and early April in northern New England and eastern Canada - an extremely rare occurrence in these low altitude regions.

February and early March had the most natural snow. Much more spring terrain was open than usual with the well preserved snowpack. 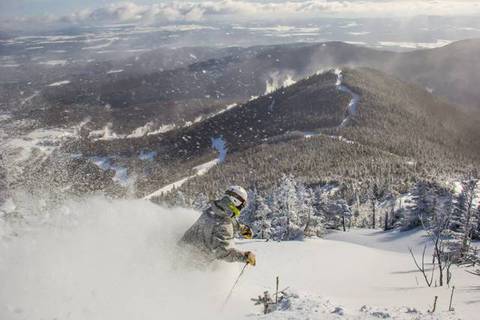 East Coast resorts such as Jay Peak can reflect on a successful season, thanks to prolonged mid-season cold - Photo: facebook.com/jaypeakfan

Colorado’s Front Range and I-70 areas had above average snowfall in November and December meaning a good holiday season. The Southwest had below average early snow, so most areas were about 3/4 open at Christmas. Snowfall was about half normal from January to mid-February.

In late February/early March, two major storms dumped 1.5-2m in the Southwest and about half that at the Front Range and I-70 areas. The rest of March and early April was much warmer and drier than normal, but winter resumed in mid-April for the few areas still open. 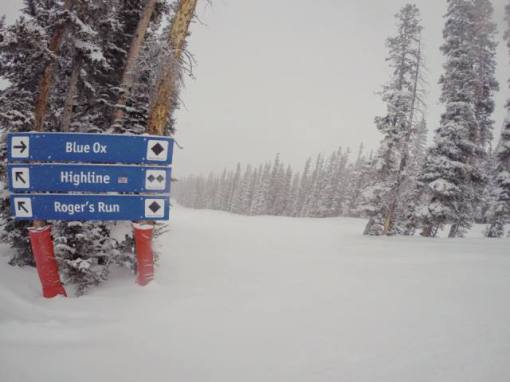 Utah snowfall was near normal in December and April, but January, February and March were all near record lows with about 1/3 normal snowfall. The season snowfall of 58% being below the prior record from 1976-77.

Park City finished with 4.2m (58%). In the far south, Brian Head got the same late February/early March storms as Colorado and finished with 5.4m (68%). Alta's record low snowfall of 8.2m (63%) was, ironically, the highest in North America for a ski area mid-mountain location. In every other season at least one ski area in North America received at least 9.5m of snow.

Overall then, this was one of the poorest North American seasons in living memory – with drought-stricken California suffering the most.

Parts of Colorado had a decent enough winter, but only the east coast resorts can claim any real success – not because of bumper snowfall, but due to the sustained cold throughout the main part of the season.