Rarely has an Alpine winter proved so difficult to sum up succinctly – such was the frequency that conditions chopped and changed during the course of the 2014-15 season.

Statistically speaking it was poor, with below average snowfall virtually everywhere – only a handful of resorts in the central southern and south-western Alps (e.g. Andermatt and Isola 2000) managing to buck this trend.

But, as many who experienced conditions first hand will tell you, there was still plenty of good skiing to be had, especially in the middle part of the season.

That said, off-piste aficionados were often frustrated – partly due the modest snowfalls but, more importantly, due a poorly consolidated (and dangerous) snow-pack that persisted through much of the season.

In short, we can reflect on a “slightly disappointing” but far from disastrous season overall.

November saw big snowfalls across many south-western parts of the Alps, especially early in the month when (above 2300m) bases were considered exceptional in resorts such as Cervinia, Champoluc, Zermatt, Saas-Fee and Serre-Chevalier 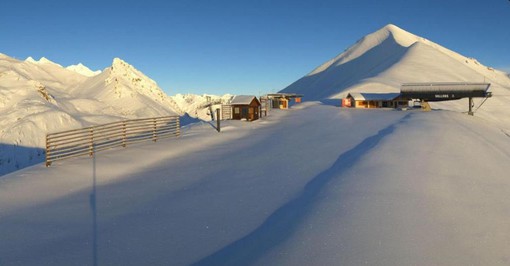 Below 2000m, however, cover remained thin or non-existent, especially in the northern Alps where only the highest terrain had any meaningful snow by the end of the month.

Early December saw the same high south-western resorts (such as Cervinia) continue to enjoy decent conditions, even if a lack of significant new snow meant that base depths here began to return to “normal”.

Generally speaking though, most of the Alps were struggling, and things only got worse in the run up to the festive season. The biggest problem was in the north-western Alps, where a severe lack of snow saw a number resorts (including high profile Morzine and Megève) unable to open any terrain at all until after Christmas. 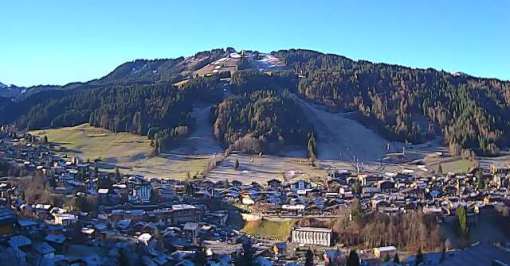 When the first big snowfall for the north-western Alps finally arrived on Saturday 27th December, it caught the French authorities completely off-guard, with 40-60cm of new snow falling on the busiest transfer day of the season resulting in unprecedented traffic chaos on the approach roads to the northern French Alps. 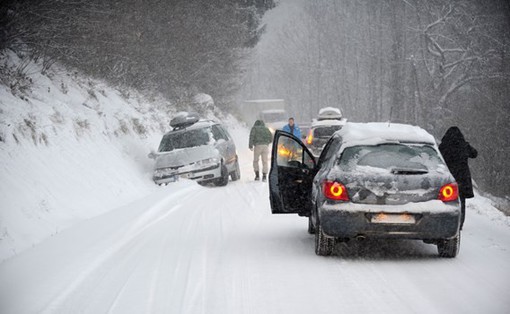 The heaviest snow then transferred to the north-eastern side of the Alps with the northern Austrian and Bavarian (German) Alps offering the best conditions by New Year. 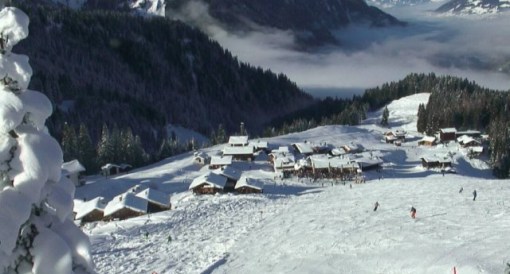 Meanwhile, the southern Alps had not seen any meaningful snow for some weeks and Italy, having led the way for much of the early/pre-season period, now found itself (on balance) the least snowy of the four main Alpine countries. 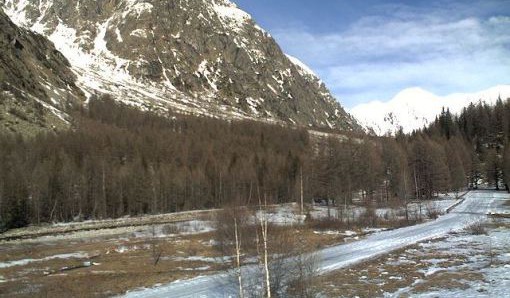 The “southern drought” continued in the first half of January, with many resorts increasingly reliant on artificial back-up. Further north, fortunes more mixed with occasional snowfalls at high altitude, but also some rain in the mix lower down. This was particularly problematic in the north-western Alps with snow cover in resorts such as Morzine and Villars becoming perilously thin again.

The situation vastly improved mid-month, however, with 20-50cm falling widely across the Alps and up to 1m in parts of Lombardy (e.g. Madesimo) and the far south-east of Switzerland. 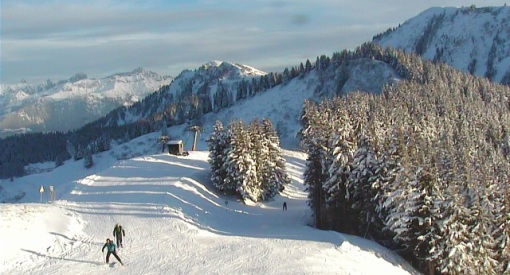 Then, at the end of January it was the turn of the northern Alps to see bumper snowfalls, with exceptional conditions (on-piste at least) around the turn of the month in the western French Alps (e.g. Alpe d’Huez),through the Haute-Savoie (e.g. La Clusaz and Avoriaz), into the northern Swiss Alps (e.g. Gstaad, Wengen and Engelberg) and also into north-western Austria (e.g. Lech). 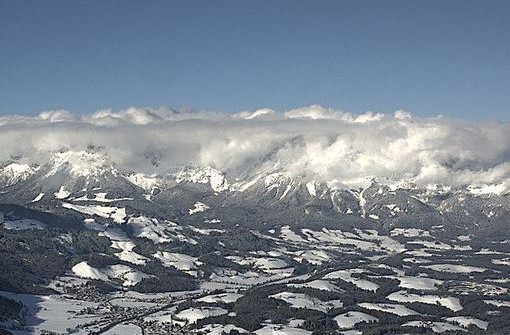 The mid-January storms set up early February as perhaps the best period of the season – at least for the average holiday-maker who was not too bothered about any serious off-piste (which continued to be dangerous). The northern side of the Alps had excellent top to bottom snow cover and, although base depths remained thin on the southern side, excellent artificial back-up ensured that even the lower resorts held up nicely.

Mid-February half term holiday-makers also had little to complain about. The south-western Alps (e.g. Isola 2000 and Sestriere) picked up 50-80cm of snow early in the week, otherwise most places were dry with plenty of sunshine – ideal for the busiest week of the season. 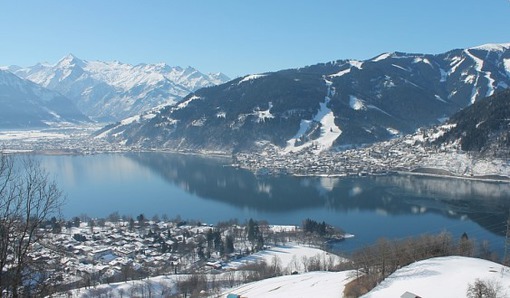 Zell-am-See, Austria - February Half Term 2015 - Photo: foto-webcam.eu
Later in the month further snow fell quite widely across the Alps again (only the Dolomites really missing out) confirming February as the best overall month of the 2014-15 ski season.

Snow conditions in March were more variable. The month began with rain in the lower resorts of the northern Alps, quickly followed by a colder, snowier snap before it settled down again for a spell of more spring-like weather.

The second half of the month remained mixed with occasional snowfalls here and there, but no pronounced return to “winter”. Naturally, the strong March sun meant that snow conditions deteriorated at low altitude, but temperatures were never excessively warm and the spring thaw was less dramatic than in some previous years.

The turn of the month was eventful with unusually high winds and rain plaguing the northern and western Alps.

April was then typically capricious – starting cold with some significant snowfall in Austria, then turning very warm and sunny mid-month, before ending on a more unsettled note with further snowfalls in places, mostly at altitude and in the east. 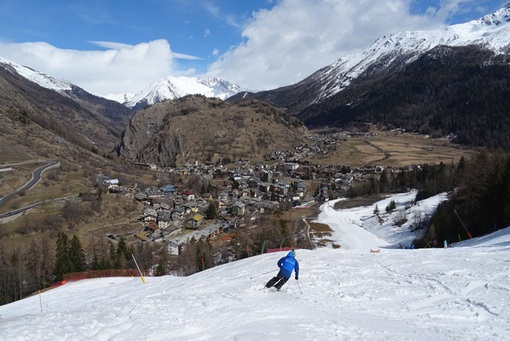 As we mentioned earlier, nearly all parts of the Alps saw below average snowfall during the 2014-15 ski season, with only a tiny number of (mostly) southern resorts bucking this trend.

In this respect Isola 2000 (in the southern French Alps) excelled, with 5.32m against a long term average of 4.69m - the sixth time in the last seven years that it has been snowier than “normal”.

Andermatt (in the central-southern Swiss Alps) also did very well with an above average 4.96m at resort level (1444m) and 11.04m at Gurschenalp (2212m), the highest mid-station snowfall total we know of. 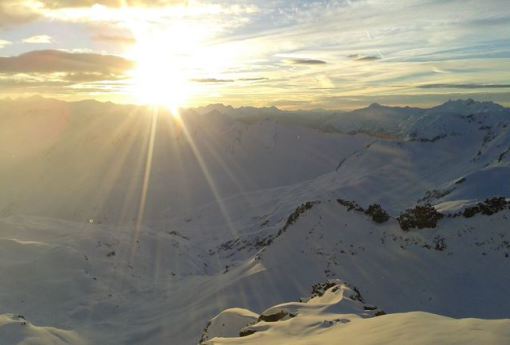 Further east, Passo Tonale (1800m) can also look back at a decent season – 5.88m is around or slightly above its long term average. However, the nearby Dolomites were much less impressive, with just 2.41m in Arabba (1600m) where the average is around 3.70m.

Nearly all northern Alpine resorts experienced below average snowfall. In the French Tarentaise, Arc 2000 saw just 3.50m (average over 6m) while Val d’Isère (1850m) saw 4.00m, (average a little over 5m). It was a similar story in the Haute-Savoie though, with 6.11m at 1800m, Avoriaz (at resort level at least) did emerge (as it often does) as the “snowiest ski resort in France”. 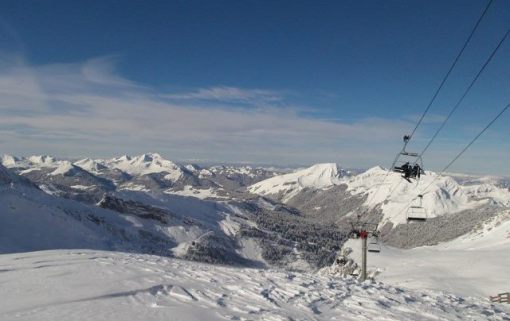 In Switzerland, Verbier (1500m) clocked 2.63m at resort level, some way below par, but with 5.99m at Les Ruinettes (2200m) closer to average. Though generally the numerous measuring points across the 4 Valleys area point to considerably below average snowfalls.

It was a similar story further east, with 5.32cm in Arosa a little under its long term average - but, considering its very poor start, enough for a pretty reasonable season overall.

In Austria, as well, all areas saw below average snowfall though conditions were, on the whole, much more satisfactory than in 2013-14. The classic low-lying resorts such as Kitzbühel and Söll managed around 4.5m at 1800m and 2m at valley level (700m) – not great, but 40% or so up on last year. 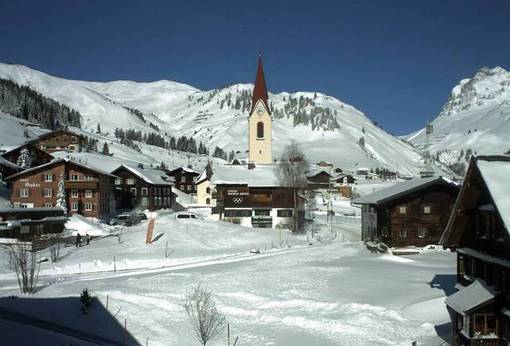 The main conclusions we can draw from the 2014-15 Alpine season are:

After a sluggish start, the Pyrenees can reflect on another good season, with generally above average snowfall - though the storms were unevenly distributed with two or three massive dumps interspersed by long, dry and often very mild interludes. Cauterets (France), often among the snowiest resorts here, clocked a massive 11.8m at 1850m - close to twice its long term average.

Scottish ski resorts can also look back on a pretty good winter, even if things took a while to get going. Severe weather (mostly wind) did frustrate at times but (for the most part) there was enough snow, especially later in the season, with skiing possible until early May. 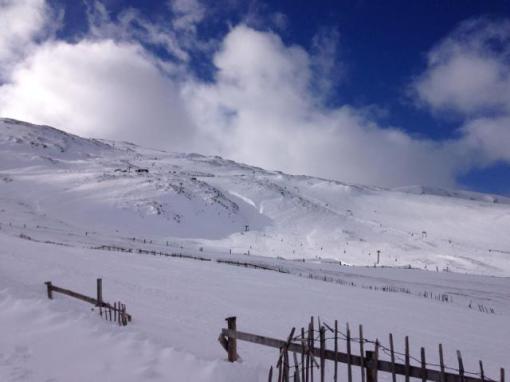 A special mention also for Bulgarian resorts, which experienced a spectactularly snowy end to the season, following an otherwise indifferent winter.