Another commonality with 2011-12 in the West was a mild La Niña, favouring northern regions over southern ones, but to an even greater extreme. Interior Western Canada‘s 2017-18 season rivaled 1998-99 as the best in over 40 years, while the Southwest suffered its worst season since 1980-81, and third worst on record.

California also had a tough start to 2017-18. A big November storm rained to 2,800m, bringing substantial snow only to Mammoth, Kirkwood and Mt. Rose, which were about 70% open for the holidays while other areas were only 1/4 open.

December through February had well under half their average snowfall, but the drought was broken decisively with 1-2m of snow at the beginning of March, opening most terrain, and another 3-5m from two more storms later in the month. A rare April tropical storm rained even to above the top of Mammoth, at 3,600m.

Utah had an early season in 2017-18 that was slightly worse than in 2011-12. Alta and Brighton were 3/4 and 2/3 open for the holidays while other Wasatch areas were only half or less open. 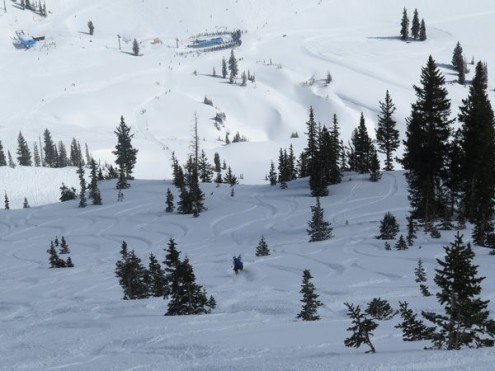 Good late skiing in March in Utah’s Snowbird, but overall it was a disappointing season - Photo: Tony Crocker, 16 March 2018

Colorado’s Front Range and I-70 areas had a poor early season in 2017-18, similar to 2011-12. By New Year, apart from Steamboat and Winter Park which were 3/4 open, no other area was more than half open, and Vail had no more than 1/4 open. Ensuing snowfall along I-70 was close to normal, so terrain opened gradually through January, skiing was good from February onwards and the overall season was 80% of normal. 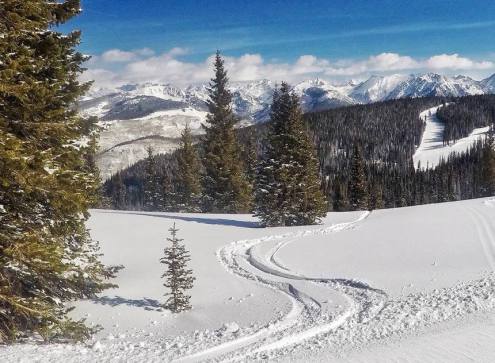 New Mexico had its worst ever season by a considerable margin. Taos (2.3m, 36%) was only a quarter open through mid-February and never had more than 44% of its area open.

Much of the US Northern Rockies enjoyed an excellent season, with overall 114% of their seasonal average. Montana’s season was comparable to western Canada’s with 10.8m (128%) at Whitefish and 9.6m (131%) at Big Sky.

Further south, snowfall was below average in December and January but still above average in other months at Jackson Hole (9.9m, 106%). 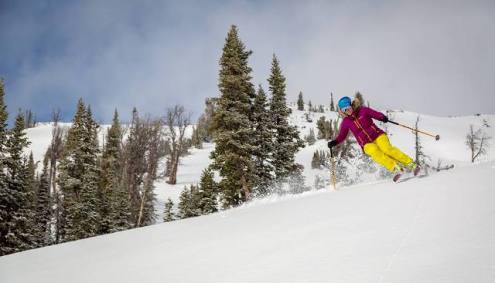 Jackson Hole had a better season than many western US resorts – Photo: facebook.com/Jacksonhole, 25 November 2018

The Northeast alternated periods of very good and more difficult conditions, with 105% of its average snowfall overall. The season started well with 1.4m of snow in December, though the weather was bitterly cold during the holidays.

Mid-January rain and a hard freeze limited skiing for the next three weeks. 1m of snow in early February then brought excellent skiing, but the rest of the month had thaw, rain and reduced open terrain. In March, snow from three storms totalling 1.7m made it the best month of the season and resulted in more terrain open than usual in April.

Interior Western Canada had an outstanding season, at 130% of normal - its highest overall in over 40 years. November was strong, so most areas were 85% or more open for the holidays. January was also big, and no months were below average, so winter conditions prevailed through most of April at the Banff areas. 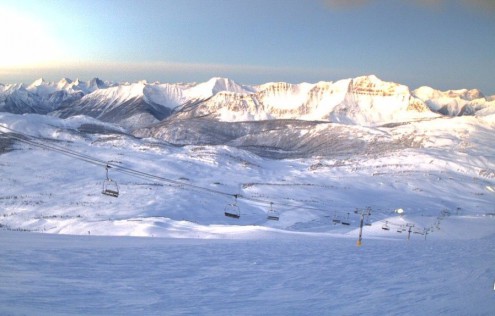 The Pacific Northwest mostly enjoyed a consistent season, similar to western Canada, with January being the snowiest month - although there were major rain events in both late November and early February. 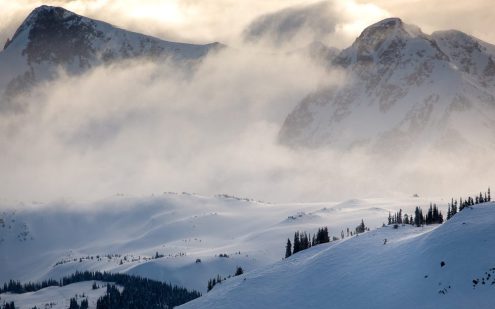 Like most western Canadian resorts, Whistler had an excellent season - Photo: facebook.com/WhistlerBlackcomb, 26 December 2017