2012-13 was overall well below average in snowfall, 89% of normal. In general, the snowiest areas in Canada and the Northwest were only modestly above average.

However, skier visits rebounded sharply from the depressed levels of 2011-12 because December was the big snow month in most regions.

Colorado was the exception to the above generalisation, with some areas starting even slower than last year. Copper Mountain, Crested Butte and Telluride were only 1/3 open at New Years’, and Arapahoe Basin was less than half open in early February. 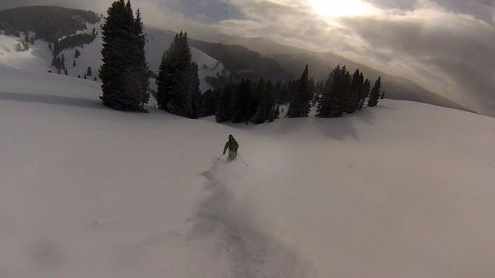 Utah snowfall was 76% of normal, but a strong December got the Cottonwood Canyons in full operation mid-month and the Park City areas by Christmas. January-March were about 2/3 of normal but April was above average. Alta as usual had the most snow with 11.0m (80%).

Mammoth had the best quality Sierra season at 7.6m (83%), because some of the early season storms were all snow there but partially rain at Tahoe. Some lower Tahoe areas lost cover by late March and all were closed by late April, while Mammoth’s higher altitude preserved the early snow well into spring and was open until June 1. 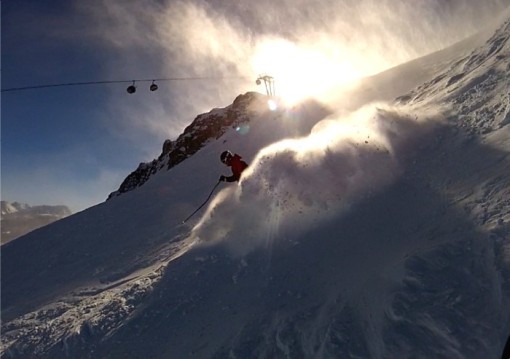 The US Northern Rockies were overall 85% of normal. Snowfall was highest in December, so all areas enjoyed a strong holiday season. Every month thereafter was below average, but not the extreme drought of California.

The Northeast was 96% of normal. The first major storms arrived just in time for Christmas. Conditions then deteriorated with rain and thaw in January, but late February and March had above average snow and good conditions.

Interior Western Canada was the strongest region in North America at 110% of normal. December was big, but the later months were closer to average than in most other regions. 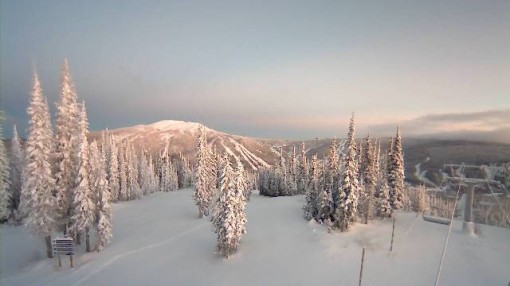 Western Canada was the only North American ski region where most resorts saw above average snowfall. This is Sun Peaks - Photo: www.sunpeaksresort.com

The Pacific Northwest was overall close to average at 102%. December was huge, January and February below average, and spring above average.

Tony Crocker is an award-winning snow-sports journalist and founder of www.bestsnow.net - the definitive guide to weather and snowfall patterns in North American Ski resorts.