Welcome to our latest season progress report where we take a broader look at snow conditions across the Alps, and cast an eye back on how the winter has progressed so far.

If you have been following our recent snow reports you will be aware that conditions in the Alps are superb right now, in fact the best they have been this winter. However, it hasn’t always been an easy ride...

Overall, the Christmas and New Year period was one of the worst on record and, while things quickly improved at altitude in the north-western Alps (e.g. 3 Valleys, Chamonix, Verbier and Crans Montana), it took a long time for the south and east (e.g. Livigno, Sella Ronda) to see any serious levels of snow. Some low resorts in the north-west (e.g. Morzine) also struggled at times, thanks to the mild temperatures and frequent rain.

Now, just about all remaining weaknesses have now been eradicated. Yes, a little greenery is starting to appear in some of the lower valleys (especially in Austria), but that is to be expected in mid-March and, with freezing levels remaining relatively low for the foreseeable future, we are not expecting a dramatic thaw any time soon… 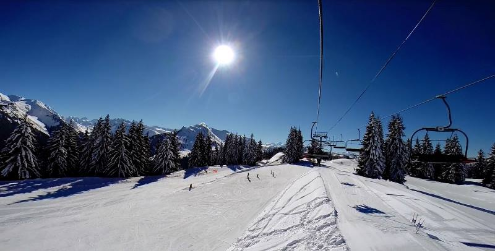 The far western Austrian Alps (e.g. Lech, St Anton, Warth-Schröcken) have generally followed a similar pattern to that of the north-western Alps - that’s to say it has been a pretty good season, all told, even if they did get off to a slow start.

Right now, snow depths in the west are not far off average, perhaps just a fraction below in places. But it’s all relative - snowfall averages here are among the highest in the Alps - and conditions have actually been very good for some weeks now.

Further east, the classic low Austrian ski resorts such as Kitzbühel, the Ski Welt and Saalbach-Hinterglemm endured a much trickier first half to the season, though it wasn’t disastrous by any means. Snow-making often saved the day here, as it did in Italy, but natural snow cover was thin on the ground and only improved significantly towards the middle of the season.

Right now though, snow conditions across Austria are the best they have been all season, overall, even if base depths are still modest at low altitude and some of the valleys are turning a bit green - entirely normal for mid-March given the strengthening sun. 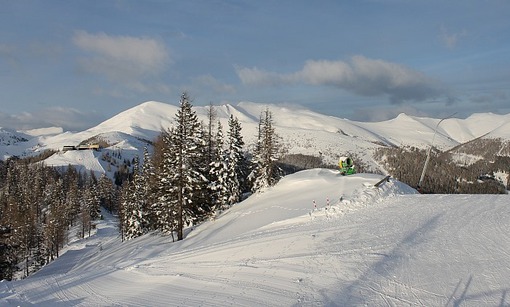 Much improved snow conditions across Austria as a whole in the last few weeks. This is Bad Kleinkirchheim - 10 March 2016 - Photo: badkleinkirchheim.at

Following a very meagre December, the northern French Alps (e.g. Avoriaz, Flaine, Chamonix, Courchevel, Val d’Isère) have been in pretty good shape since the New Year, at least above 1600-1800m, where snow depths are currently above average for mid-March.

However, the weather has been mild, and at low altitude (below 1500m) there has been lots of rain and frequent thaws.  It is only really this week that conditions in resorts such as Morzine could be considered excellent at all altitudes.

So as we approach the middle of March, snow depths in the northern French Alps are still a bit thin below 1300-1500m, but impressive at altitude where many resorts have now surpassed 3m - Val Thorens, for example, has 300cm, while Alpe d’Huez and Val d’Isère have 310cm, Argentière has 390cm, and Flaine has 405cm!

The southern French Alps (e.g. Serre Chevalier, Risoul, Pra-Loup, Isola 2000) also had a very poor start to the season which, unlike their northern cousins, lasted well into the New Year. The one exception was the northern Haute-Alpes, where resorts such as Serre Chevalier offered some reasonable skiing in January.

Further south, however they were heavily reliant on artificial snow and it wasn’t really until February that they saw any significant improvement. Some of biggest snowfalls of the season actually occurred at the beginning of this month and right now, snow depths are broadly speaking about where they should be for mid-March. 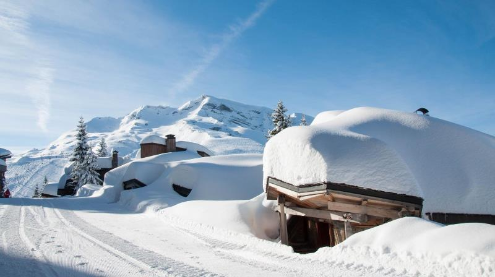 Avoriaz has seen frequent snowfall since the New Year, and now has above average snow depths for March - 10 March 2016 - Photo: facebook.com/Avoriaz1800

Except for the far north-west of Italy (e.g. Courmayeur, La Thuile), the Italian Alps had an exceptionally dry and snowless early season, with most ski resorts heavily or even entirely reliant on artificial snow. This did make for some excellent piste skiing, but it was well into February before most areas could even contemplate any serious off-piste.

Over the last few weeks, however, Italian resorts have been making up for lost time. Snow depths are now close to average for the time of year in most places (e.g. Dolomites, Livigno, Monte Rosa, Milky-Way), but above average in the north-western corner (e.g. Courmayeur, La Thuile). 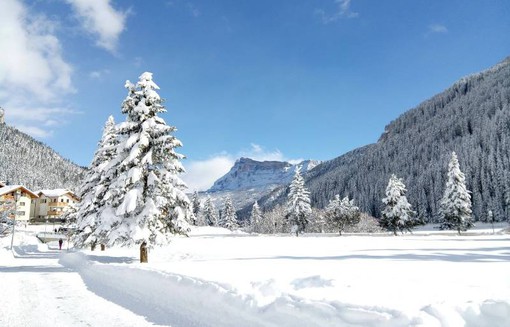 This week the Alta Badia has its best conditions of the season so far - 10 March 2016 - Photo: facebook.com/AltaBadia

The western Swiss Alps (e.g. Verbier, Crans Montana), had a very poor December, but quickly improved in the New Year, especially high up. However, snow depths remained below par in eastern and southern Switzerland, with the Engadin in particular (e.g. St Moritz) having one of its driest early winters on record.

Conditions finally improved here in February, by which time snow levels were above average at altitude further west. The first half of the season was always relatively mild, however, which meant that resorts such as Adelboden and Villars saw plenty of rain and frequent thaws lower down.

Towards the middle of the season, there was a net improvement at all altitudes, with snow conditions remaining very good right into March. Indeed, like in most other parts of the Alps, it has all finally come together, with early to mid-March offering the best skiing of the season overall. 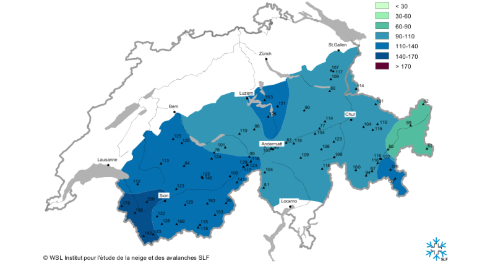 Snow depths in the Swiss Alps are largely above average now, especially in the west (as seen in this chart showing depths as a percentage of their long term average) - Image: slf.ch

So, after a very slow start, snow conditions in the Alps have improved steadily as the 2015-16 ski season has gone on - more quickly at altitude and in the northern and western Alps, more slowly in the south and (more generally) lower down.

However, it has now all finally come together, with early to mid-March 2016 offering the best overall skiing of the season so far.

See Today in the Alps for daily updates﻿