Snow conditions in the Alps are currently excellent but will become more variable over the next few days thanks to warmer temperatures. There will also be some rain around this weekend, especially in the western Alps where it could reach as high as 2300m in places. The heaviest of any fresh snow will be at altitude in the southern French and western Italian Alps, while any precipitation in the north-eastern Alps will be much lighter and patchier.

Although the quality of the snow will become more mixed over the next few days, it should be noted that snow depths remain very impressive across most of the Alps, especially above 1500m. This is good news for anyone planning to ski over Easter or beyond.

Across the pond, many Colorado and Utah ski resorts are still below par but there is generally lots of good skiing on offer, especially in the northern Rockies and Canada.

Snow conditions in Austria are superb right now but will become more variable over the weekend as temperatures rise.

For the very best snow quality over the next few days you therefore need to aim for resorts with plenty of skiing at altitude, such as Obertauern (200/250cm) and Obergurgl (110/265cm).

Lower down, conditions will soon become more spring-like in resorts such as Kitzbühel (96/143cm) and Söll (85/170cm) where a little rain is also possible. However, snow depths generally remain very healthy for mid-March. 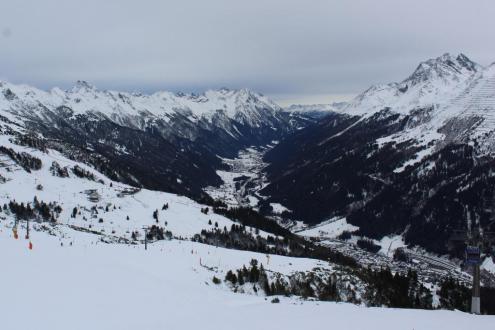 Snow conditions in France were excellent again today but will become more variable over the next few days as much milder air moves in from the south-west.

One lower resort that has been in great nick recently is Les Gets (90/240cm), but it will suffer somewhat over the weekend with warmer temperatures and the threat of rain. The base is deep though, so there is little danger of any snow cover issues this side of Easter.

For the best snow conditions over the next few days you need to aim as high as possible, to resorts such as Val Thorens (255/322cm), where any precipitation should just about remain as snow at resort level. 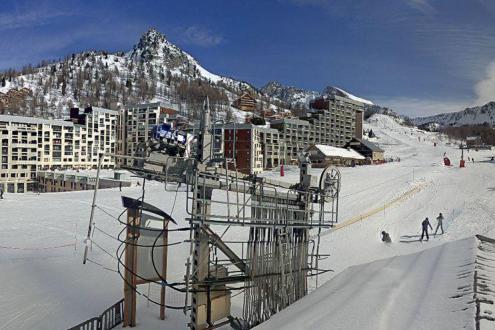 Still plenty of snow to low levels in the Portes du Soleil. This is Châtel – 8 March 2018 – Photo: chatel.com

Snow conditions have been excellent across most Italian resorts this week. However, as in other parts of the Alps they will become more variable over the weekend, with the arrival of the milder air.

There will be some fresh snow in the higher resorts of the western Italian Alps, especially on Sunday, which will benefit Cervinia where the base is already a massive 75/380cm. Lower down, however, Courmayeur (140/245cm) is likely to see some rain which will mean a deterioration of the snow quality here. 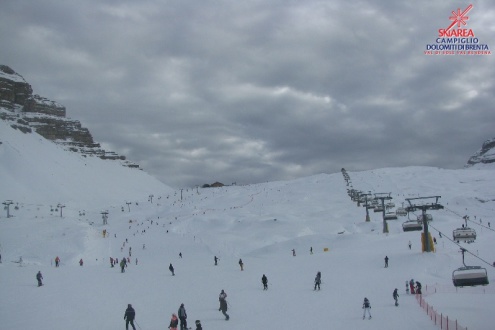 Snow conditions have been fabulous across most of Switzerland over the last few days, but will become more mixed this weekend, with much milder air and even some rain, especially in the north and west.

Snow depths remain very healthy in Wengen (35/175cm) though it is likely to be affected by rain, especially on Sunday. By contrast, high altitude Saas-Fee (120/440cm) should get away with any precipitation falling as snow. 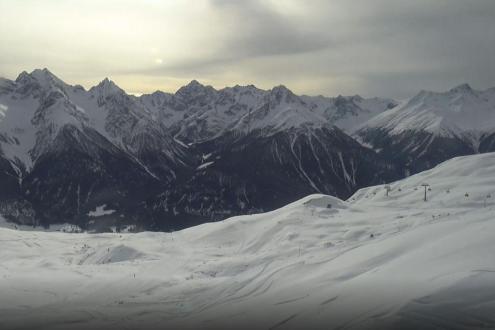 Snow conditions are currently excellent across most of the Pyrenees with settled snow depths of 145/250cm in Andorra’s Arcalis and 170/250cm in Spain’s Baqueira Beret. It will warm up over the weekend and there may even be a little rain in places, meaning that snow quality across the Pyrenees will generally become more varied, especially off-piste.

All Scottish ski areas have lots of snow, even if the off-piste is mostly wind-blown. The best of the fresh is in Glenshee where 65cm has fallen over the last seven days and the upper on-piste base is now 145cm deep.

Most Scandinavian resorts haven’t seen much snow in recent days but, on-piste at least, there is still lots of good skiing to be had. Norway’s Hemsedal has upper base depths of 175cm, while Sweden’s Åre has 115cm.

Excellent snow cover in the French Pyrenees. This is Peyragudes – 8 March 2018 – Photo: snoweye.com

The best snow conditions in the US continue to be in its more northerly resorts. In Wyoming, for example, Jackson Hole has seen over 1m of new snow in the last week and has upper base depths now close to 3m. Further north still, Mt Baker in Washington State has the biggest base on the continent with a whopping 6.1m packed down on its upper slopes.

Further south, the picture is more varied. California’s Mammoth has also seen a lot of snow in the last week (90cm last Saturday alone) and is in great condition. In Colorado, however, many resorts are still below par, such as Vail (124cm upper mountain) and Telluride (114cm upper mountain), but are still offering some perfectly decent skiing.

Snow conditions remain very good in Whistler (310cm upper base) with more snow falling across the area today. The weekend will be brighter and it will turn noticeably milder early next week.

Further inland, snow conditions are also excellent in the Banff/Lake Louise area (155/210cm) though any snowfall today will only amount to a dusting. Expect spring snow conditions next week as temperatures rise. 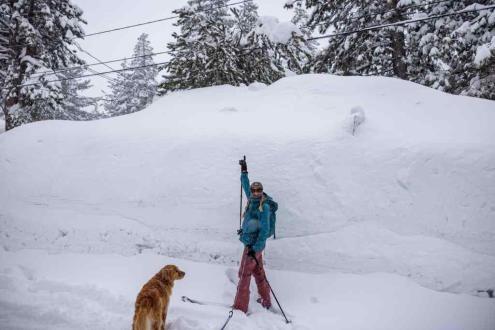