Snow conditions in the Alps remain outstanding, with no real weak links anywhere across the chain. Indeed, since the turn of year, the snow gods have been amazingly even handed in the way they have dished out the snow!

In early January it was the Austrian and eastern Swiss Alps that saw the heaviest falls – even record- breaking ones in places. Then, as the month progressed it was the French and western Swiss Alps what were increasingly favoured. More recently it has been the French Alps that have seen the biggest dumps again, as have the southern Alps.

The recent southern Alpine snowfall has been crucial in redressing the balance between the southern and northern Alps. The Dolomites, for example, had really seen very little snow so far this winter, but late last week they finally saw the proper dump that they needed to really get their season going.

So, with just nine days to go until the busiest week of the season, things are looking rather good right now, and not just in the Alps – the Pyrenees also have masses of snow, as do most western US resorts…

Snow conditions continue to be excellent across most of Austria. The deepest snow pack is in the north and west, where St Anton boasts 90/340cm depending on altitude and Kaprun has 120/330cm.

Snow depths are slightly more modest in the south of the country, with 60/175cm in Nassfeld, for example, although the skiing is still excellent and it is possible to find pockets of powder with the help of a guide.

The next significant snow is due later on Sunday and will last until Tuesday, heaviest in the northern Austrian Alps (e.g. Vorarlberg, Tirol, Salzburgland). 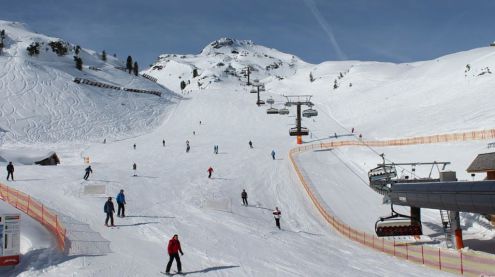 Snow conditions are fabulous right across the French Alps, even if it has temporarily turned a little milder.

The Portes du Soleil saw 70cm of new snow at the end of last week with settled base depths in Les Gets of 115/200cm depending on altitude. Higher up, big Tarentaise resorts such as Les Arcs (155/255cm) are also in great shape, though you will need a guide to find any untracked powder.

The northern French Alps will see a few centimetres of new snow today, but the next major storm is due later on Sunday and on Monday. 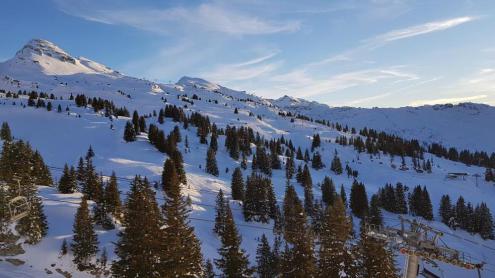 Great skiing in the Portes du Soleil this week. This is Val d’Abondance – 7 February 2019 – Photo: abondance.org

Snow conditions are generally excellent across Italy, thanks to the heavy snowfalls late last week.

The Dolomites have been offering some particularly fine skiing this week, after what was a slow start to their season. Arabba now has 135/160cm depending on altitude, while Madonna di Campiglio has 70/140cm.

The next significant snowfall is likely later on Sunday and early next week, but it is still unclear how widespread it will be. 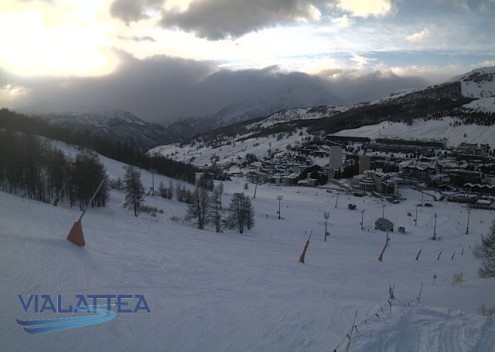 Snow conditions remain excellent across most of Switzerland even if it has turned a touch milder in recent days.

In the west, Verbier has 125/225cm depending on altitude while, in the east, Klosters has 110/230cm. However, the most impressive base depths remain in the central/northern Swiss resorts of Andermatt (80/600cm) and Engelberg (80/540cm).

There hasn’t been much snow across Switzerland this week, but they are expecting a few centimetres in the north and west this evening. The next widespread heavy snow is due later on Sunday and into the first part of next week. 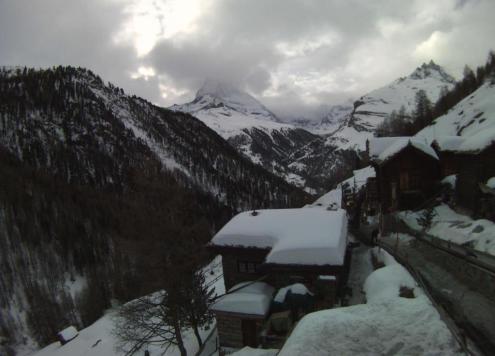 The Pyrenees saw huge quantities of snow falling last week and are in great shape right now. Spain’s Baqueira Beret has base depths of 215/255cm, while France’s Cauterets has an eye-catching 320/450cm.

Scandinavian ski resorts are also in generally good shape, with fresh snow falling this week in Norway’s’ Hemsedal where the upper base depth is 115cm. Finland’s Ruka (55cm upper base) also saw a bit of snow this week and is offering excellent on-piste skiing.

In Scotland, all five main ski areas have enough snow for skiing, although stormy weather may make it difficult in practice over the next few days. 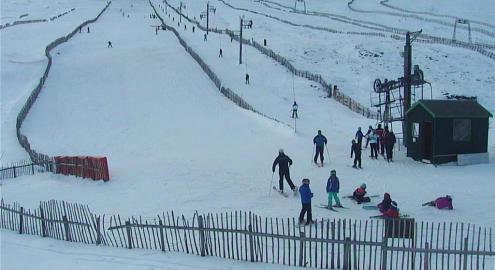 California has been grabbing the headlines in the US with some truly massive snowfalls in places. Mammoth has seen 3.3m of new snow up top and now has a base approaching 5m.

Utah’s Snowbird (320cm upper base) and Wyoming’s Jackson Hole (245cm upper base) have also seen huge snowfalls, with over 1m in 72 hours, and are skiing superbly right now.

Further east, recent snowfall has been far less extreme, with 35cm this week in Colorado’s Vail, but snow conditions are also excellent here, with 165cm of settled snow up top.

Snow conditions continue to impress across most western Canadian ski resorts, even if they haven’t seen the sort of new snowfall totals posted in some western US resorts.

Whistler has grabbed 61cm of new snow since we last reported and has an upper base depth of 255cm.

Further east, it is very cold right now in the Banff-Lake Louise area (155cm upper base), with temperatures struggling to get much above -20°C (lower still with windchill). 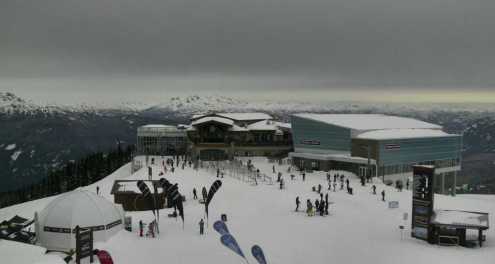 Our next full snow report will be on Thursday 14 February 2019,