Generally speaking, snow conditions in the Alps remain good for early December. The only real exceptions are parts of the southern French Alps (e.g. Risoul), the Aosta valley (e.g. Cervinia), the northern Piedmont (e.g. Alagna) and central/western Lombardy (e.g. Madesimo). There is still some reasonable piste skiing to be had here, but artificial snow is still the order of the day. That said this could soon change as the very latest forecasts suggest that these regions could all see significant snow at some stage over the next few days.

Talking of the weather, the situation is fast evolving and has become extremely complex. The big change that we have been anticipating for some time now is still on for tomorrow (Friday). However, who gets how much snow over the next few days is constantly changing with each model update.

The north-western Alps (e.g. Avoriaz, Mürren) should still see the most snow on Friday. Then, after a relative reprieve on Saturday, the whole of the western Alps (i.e. the French Alps, both north and south, as well as the western Italian Alps - e.g. La Thuile, Cervinia ) look like they will get some decent action later on Sunday.

The heaviest snow will then move across towards the central-southern and south-eastern Alps on Monday, affecting areas such as Livigno, St Moritz, the Dolomites and Nassfeld. However, with some milder air in the mix, some rain is also possible almost anywhere for a time later on Sunday and Monday.

Across the pond fortunes remain mixed, with the most impressive snow cover still in western Canada and the Pacific Northwest...

Snow conditions remain good for early December across just about all parts of Austria.

The forecast for Austria is complicated over the next few days. It will turn colder with some snow over the weekend, especially in the west (e.g. St Anton), then briefly milder on Monday (with some rain below 1800m) before heavy snow returns, but this time in the south (e.g. Nassfeld). 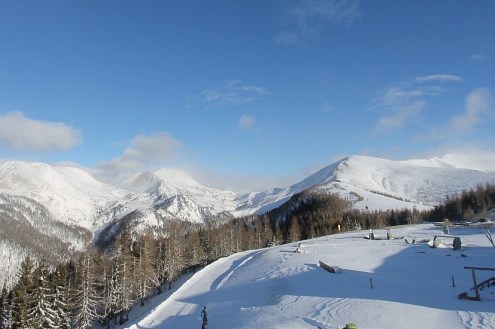 Generally speaking, snow conditions remain better in the northern French Alps than in the south though things could even out a bit over the next few days.

The weather will become very unsettled over the next few days with lots of new snow expected across all French resorts. 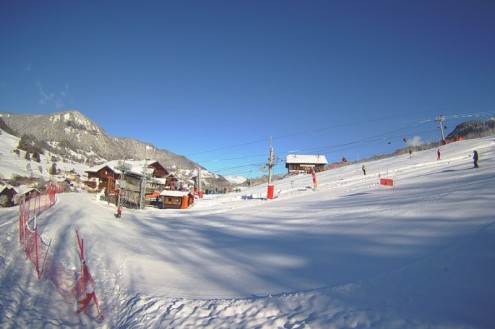 Snow conditions remain quite mixed across the Italian resorts, though the most impressive snow cover remains in the far south-west. Prato Nevoso, for example, has 100/180cm of settled snow depending on altitude, with all of its 11 lifts open.

The Dolomites are also offering plenty of good piste skiing, despite more modest depths, with over 100km of slopes now open in the Alta Badia (30/60cm) and a whopping 163km now available in the Val Gardena (5/40cm).

The areas most in need of snow are the Aosta valley and western Lombardy. Cervinia may report snow depths of 10/135cm but in reality has very little natural snow and is still almost entirely dependent on man-made efforts. The good news, however, is that significant snow is likely right across the Italian Alps over the next few days. 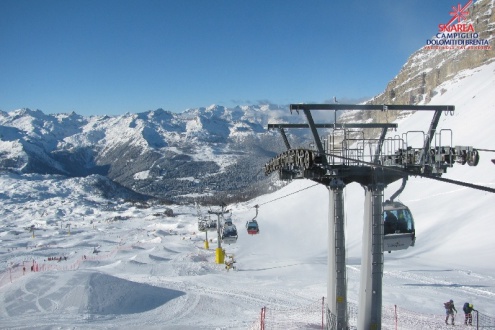 Snow conditions remain pretty good for early December across much of Switzerland, with plenty more snow in the forecast over the next few days.

Zermatt (5/66cm) has 77km of pistes available across its three main areas, though cover remains insufficient for any serious off-piste. Another good option right now is Adelboden (20/65cm) where there is snow to resort level and 19 lifts are already open.

However, the most impressive snow cover is still in Engelberg (30/305cm) with 2000m vertical of skiing possible between glacier and resort. 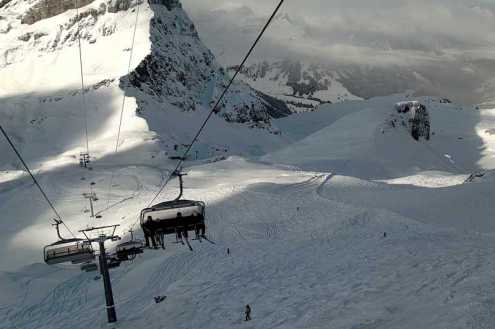 Skiing is underway in a number of Pyrenean resorts with decent snow cover for early December. Andorra’s Soldeu has 50/70cm of settled snow depending on altitude, while France’s Cauterets has 70/90cm.

Skiing in Scotland has suffered in this week’s mild weather, but winter has returned with a vengeance and good snow conditions are expected once the stormy conditions ease.

Up in Scandinavia dozens of resorts are now at least partially open, with Norway’s Hemsedal, for example, offering good skiing on a 90cm upper base. 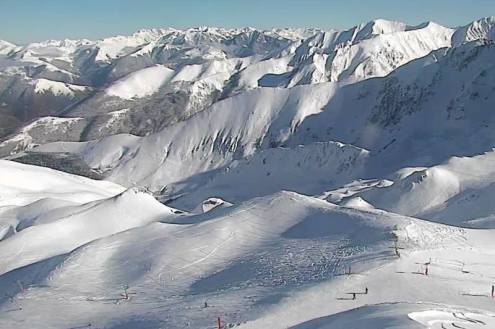 Generally speaking the further north you are in the US, the better the snow cover. Mt Baker in Washington has settled snow depths of 168/206cm, while Big Sky in Montana has 78/109cm.

By contrast, in Utah, Alta is really struggling with 69cm of mostly man-made snow up top and no off-piste to speak of. More snow is also needed in many Colorado resorts, with Vail (46cm mid-mountain) also heavily reliant on man-made snow.

Snow conditions in western Canada are generally far superior to those in the western US right now.

Snow cover is exceptional for the time of year in Alberta, where the Banff resorts (80/130cm) have opened most of their terrain.

Further west, it is much milder in Whistler but the upper mountain base is a healthy 144cm, thanks to a very snowy November.

Our next full snow report will be on Monday 11 December 2017, but see Today in the Alps for daily updates