Snow conditions in the Alps remain highly variable depending on altitude and geographical location. The northern Alps (e.g. Chamonix, Mürren, Engelberg, St Anton) have seen quite a lot of snow at high altitude this week, but also plenty of rain lower down where there is still little or no natural base below 1800m or so.

This situation will improve over the weekend and into the early part of next week, with heavy snow forecast to increasingly low levels. Whether it will be enough to really ignite the season in the lower ski resorts remains to be seen, but it will certainly be a big step in the right direction.

On the whole, snow conditions in the southern Alps have been more consistent until now, with some of the very best snow still to be found in Cervinia and the nearby Monte Rosa region. Both of these areas will also see some significant snow over the coming days, but many southern parts will miss out this time around, especially the far south-west (e.g. Isola 2000) and the far south-east (Dolomites).

In short, by early next week we should be looking at good snow conditions over a much wider area than at any stage this season so far. What’s more, next week looks like staying relatively cold with the chance of further heavy snow towards the weekend of 15-16 December. Watch this space!

Across the pond, snow conditions in the western US remain superior to western Canada…

Snow conditions in Austria are very mixed right now but will improve everywhere by early next week, with new snow and a drop in temperature.

Glaciers aside, the best skiing in Austria this week has been at high altitude in resorts such as Obergurgl (5/180cm) and Ischgl (0/50cm), both of which now have the majority of their ski areas open on a mix of natural and artificial snow.

Further east, Obertauern (30/40cm) is another good option, even if snow depths remain modest for now.

The weather will turn much more wintry by early next week - great news for the large number of low Austrian skin resorts that are still looking a bit green. 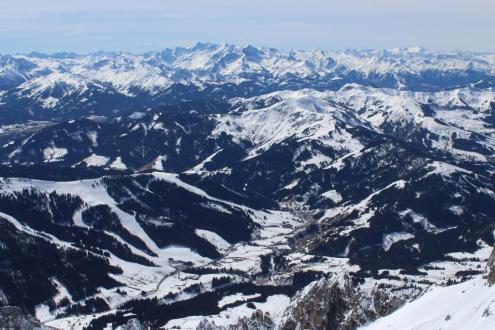 The northern French Alps have seen a lot of new snow above 2200m this week, but also plenty of rain lower down. Resorts that have benefited from new snow include Tignes/Val d’Isère (20/75cm) and Val Thorens (50/65cm), both of which have now opened a good variety of runs.

Below 1800m or so there is still precious little snow across the northern Alps, but areas such as the Portes du Soleil (not yet open) will see significant snow this weekend and into the first part of next week.

In the southern French Aps, snow conditions are more consistent, with 40/60cm in Isola 2000 depending on altitude, and a highly impressive 60/100cm in Montgenèvre. 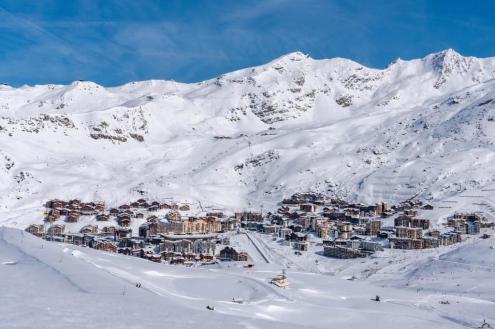 Italian ski resorts continue to have the best overall snow cover in the Alps, but this could change by early next week when the weekend storms will favour the northern Alps.

Cervinia, which we have mentioned a lot so far this season, continues to offer the greatest extent of pistes (combined with Zermatt) and best snow cover in the Alps. The nearby Monte Rosa region (Champoluc, Gressoney, Alagna) is also in great shape with between 10cm and 200cm of settled snow depending on altitude. Other good bets in Italy include Passo Tonale (30/230cm) and Livigno (26/131cm).

Among the bigger names set to open this weekend are Sauze d’Oulx and Sestriere, where snow cover is also pretty decent for the time of year, at least at altitude. 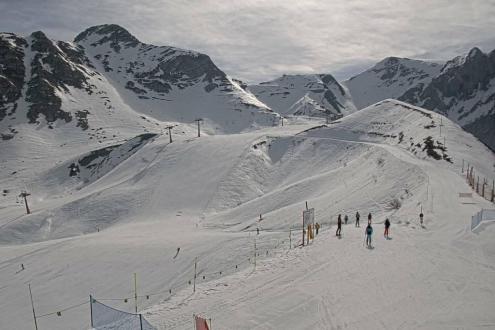 Excellent cover in the higher ski resorts of the central Italian Alps. This is Madesimo – 6 December 2018 – Photo: madesimo.com

Snow conditions in the south of Switzerland have been good for some time, with Zermatt (0/200cm) and Saas-Fee (0/170cm) still leading the way. However, St Moritz (7/98cm) and Andermatt (0/300cm) are two other resorts that are also offering excellent snow cover right now.

Further north, there is still little or no natural base below 1800m or so, but new snow above 2200m this week has improved conditions in the likes of Verbier (0/70cm) and Engelberg (0/130cm).

More snow is needed across the northern Swiss ski resorts though, but it will come in abundance over the weekend and early next week. 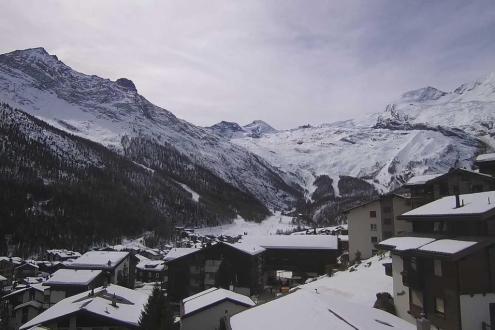 The mild weather has really taken its toll on the Pyrenees. There is still some skiing available but only in a handful of high ski resorts, but even here it is only on a limited basis. Andorra’s Granvalira area is just 20% open right now with a base of 5/25cm depending on altitude.

It’s a similar story in Spain’s Baqueira Beret where only eight runs are open on a base of 5/30cm.

A handful of ski resorts are now up and running in Scandinavia albeit on a modest base and generally with plenty of artificial help. Norway’s Lillehammer has base depths of 0/50cm while Finland’s Ruka has 5/20cm. 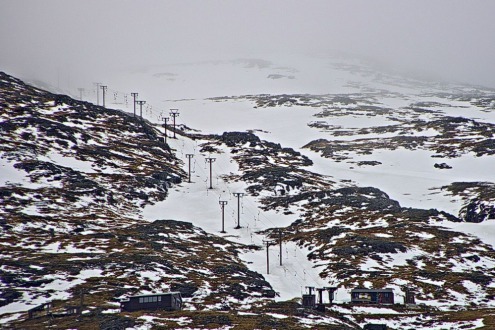 Early season snow conditions remain good across most of the western US. Aspen, for example, has seen 40cm of new snow in the last week and has settled depths of 58/94cm depending on altitude.

Utah is also doing well, with upper base depths of 127cm in Snowbird, for example. Up in Wyoming, Jackson Hole also has an impressive 46/116cm depending on altitude.

There hasn’t been much snow in recent days across the western Canadian ski resorts, but there is still some good early season skiing to had in Lake Louise where all the lifts are open and the base is 58/78cm deep depending on altitude.

Further west, Whistler (upper base depths 61cm) has also been relatively dry in recent days. This is about to change though, with plenty of snow in the forecast both over the weekend and into next week – though you should watch out for some rain close to village level. 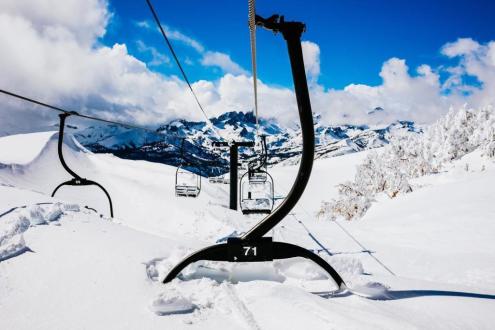 Our next full snow report will be on Thursday 14 December 2018,