It’s all about Austria right now, at least when it comes to the Alps. Huge amounts of snow have fallen across much of Austria over the last few days, with only part of the far south (mostly Carinthia) missing out.

What’s more, there is lots more snow in the forecast, meaning that most Austrian ski resorts are now nicely set up for the season. Even the classic low Austrian ski resorts such as Kitzbühel, Zell-am-See, Schladming, Söll and Saalbach have lots of snow. In fact these resorts are THE place to be right in Austria right now as their tree-lined slopes afford more shelter from strong winds and poor visibility then the higher Austrian resorts such as Obertauern and Obergurgl.

Elsewhere in the Alps there has been some snow for parts of eastern Switzerland (e.g. Flumserberg, Klosters, Samnaun), but the western Swiss Alps, the French Alps and most of the Italian Alps have seen little or no snow in recent days.

There is still some reasonable piste skiing in many of these western and southern areas, especially at altitude, but there are also lots of worn and/or icy pistes with more snow urgently needed. The good news is that more widespread heavy snow (i.e. not just in Austria) is forecast for the middle of next week.

Across the pond, snow conditions are generally very good in both western Canada and the western US, with some particularly big snowfalls in the Pacific Northwest…

Snow conditions are now excellent across most Austrian ski resorts with only some parts of the far south (Carinthia) having missed out on the recent dumps.

More heavy snow is forecast for much of Austria over the next few days. 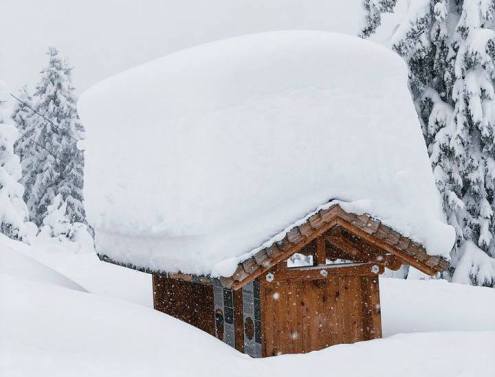 Huge amounts of snow for the northern Austrian Alps. This is Zell-am-See – 4 January 2019 – Photo: facebook.com/ZellamseeKaprun

The French Alps have seen no new snow for some time, meaning that some pistes are now worn and/or icy, especially below 2200m.

For the best snow conditions you need to aim high. Val d’Isère, for example, is still skiing well with base depths of 88/182cm, as is Val Thorens (91/143cm). However, lower resorts such as Morzine (5/50cm) and Megève (10/65cm) urgently need more snow, with rock-hard pistes and no off-piste to speak of.

Snow is forecast for most French ski resorts starting from next Tuesday. 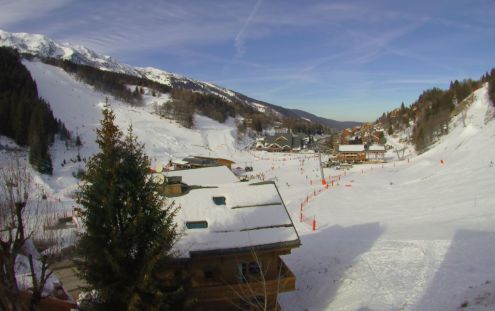 Reasonable snow cover in Méribel but lower pistes are hard and icy, and more snow would be welcome – 4 January 2019 – Photo: meribel.com

Italian ski resorts haven’t seen much snow in recent days which means that some pistes are getting hard and icy, especially lower down. There is still lots of good skiing to be had, however, especially high up in resorts such as Cervinia (65/170cm) and Passo Tonale (80/300cm).

Lower down, snow cover is often quite thin, especially in the Dolomites. Though resorts here, such as Selva (5/40cm) and Cortina (5/20cm), are backed up by some of the best snow-making in the world so there is also plenty of enjoyable piste skiing to be had.

There is a little bit of snow in the forecast for some of the border regions over the next few days, but nothing significant. 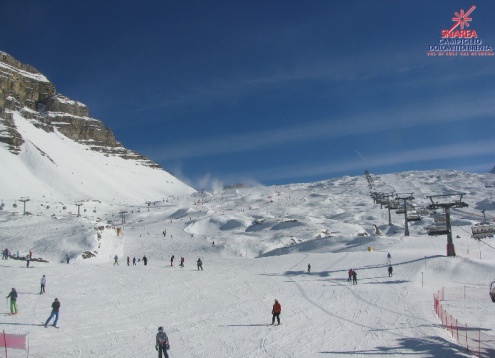 Some eastern Swiss ski resorts have had fresh snow in recent days, including Klosters (30/155cm) and Samnaun (60/140cm), both of which are very close to the Austrian border.

However, most Swiss resorts have seen little or no new recent snow, meaning that the best skiing is currently to be found at high altitude in the likes of Zermatt (10/180cm) and Saas-Fee (30/300cm). Lower resorts in the west of Switzerland, such as Villars (20/40cm) and Champéry (20/50cm) have too many hard and/or icy pistes, and more snow is urgently needed.

The good news is that significant new snow is forecast across all Swiss ski resorts next Tuesday. 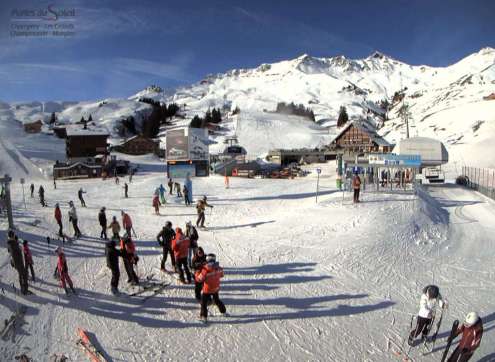 Hard-packed pistes in the Portes du Soleil. This is Champéry – 4 January 2019 – Photo: telechampery.ch

The Pyrenees are still suffering with only patchy snow cover, most of which is at high altitude, and any skiing here is almost entirely reliant on man-made snow. Spain’s Baqueira Beret has 20/55cm of snow depending on altitude, while Andorra’s Granvalira has just 0/45cm.

It is better news in Scandinavia, where there is plenty of good piste skiing to be had although snow depths are generally modest, with about 55cm of settled snow up top in Norway’s Hemsedal and 45cm in Sweden’s Åre.

Skiing in Scotland is still on hold with almost no snow cover in any of the main centres, and just a couple of patches being used for beginners in both Cairngorm and Lech. 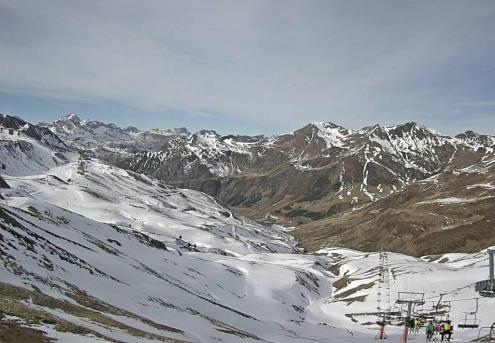 Very poor snow cover across much of the Pyrenees. This is Astun in Spain – 4 January 2019 – Photo: astun.com

Snow conditions remain very good across most of the western US. The most impressive snow conditions are currently in the Pacific Northwest where Mt Baker has an upper base of 340cm, and more snow in the forecast.

Further south there has been little or no snow in Colorado’s Breckenridge (114cm upper base) and Wyoming’s Jackson Hole (137cm upper base) in recent days, but both resorts can still offer lots of good skiing, with some snow forecast on Sunday/Monday.

Whistler has had 1m of new snow since we last reported, with more in the forecast, especially next Tuesday. Needless to say, snow conditions here are reported as being excellent, with a healthy 261cm upper base.

Further inland, Lake Louise (190cm upper base) is also reporting new snow – 25cm in the last 24 hours – meaning that it also has lots of good skiing on offer. 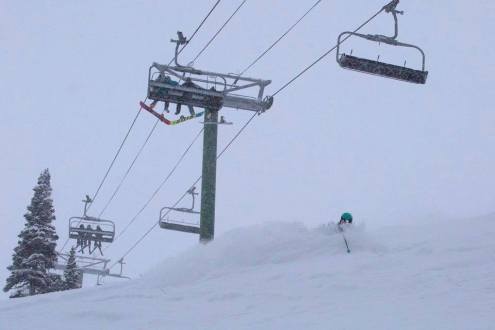 Our next full snow report will be on Thursday 10 January 2019,