Snow conditions in the Alps are generally excellent right now. The freshest snow is in the northern French Alps, where areas such as the Portes du Soleil have seen as much as 40cm this week. The deepest snow remains in the Swiss and Austrian Alps, however, thanks to the massive storms earlier in the month.

Base depths are generally more modest across the southern Alps, but this is where the heaviest snow is due to fall over the next couple of days, which will go a long way towards redressing the balance between the northern and the southern Alps.

The other factor that has helped snow conditions in the last couple of weeks is the cold. It may not have always been frigidly cold, but for the most part it has been cold enough to keep the snow in good condition. Temperatures are expected to fluctuate over the next few days but it is expected to stay “coldish” well into February, which is great news in the run up to half term.

All in all there is very little to complain about in the Alps, or in the Pyrenees where there has been masses of snow in recent days.

Across the pond there is also plenty of good skiing on offer, even if there hasn’t been too much in the way of heavy snowfall in recent days…

Snow conditions remain excellent across most of Austria even if there hasn’t been a huge amount of new snow in recent days. In the north, Kaprun has 120/330cm of snow depending on altitude, while St Anton, in the west, has 95/505cm.

It is only in the far south that some areas are below par. Bad Kleinkirchheim, for example, has a relatively modest 15/120cm though, even here, there is some fabulous piste skiing on offer. It is also here in the south where most of the snow will fall over the next couple of days. 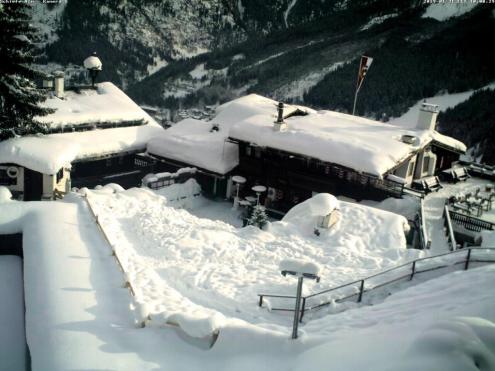 Deep snow in the eastern Alps. This is the Gastein valley – 31 January 2019 – Photo: gastein.com

Snow conditions are fabulous right across the French Alps, with fresh snow and more in the forecast.

One area that has done particularly well this week is the Portes du Soleil, where low-lying Morzine (55/170cm) is skiing as well as anywhere right now. Higher up, it will come as no surprise that Val d’Isère (115/225cm) is also in great condition, both on and off-piste.

The southern resort of Risoul (40/65cm) is also in good shape. The southern Alps are also set to see the heaviest of the snow that will fall over the next couple of days. 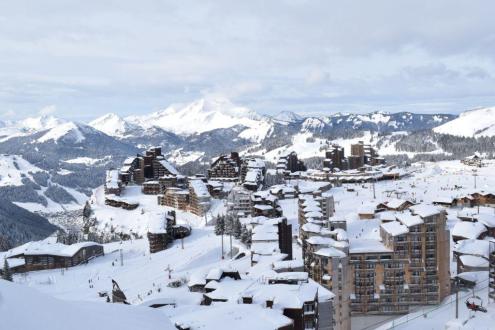 Italian ski resorts have seen relatively little snow in recent weeks but have still been offering plenty of good piste skiing thanks to cold temperatures, artificial snow and some natural new snow too.

The weather is set to change though, with the next storm expected to deliver copious quantities of snow across the southern Alps later today and on Friday.

Dolomite resorts such as Madonna di Campiglio (10/60cm) should do particularly well from this storm, but significant snow is also expected further west in the likes of Sestriere (30/50cm) where snow depths remain quite modest. 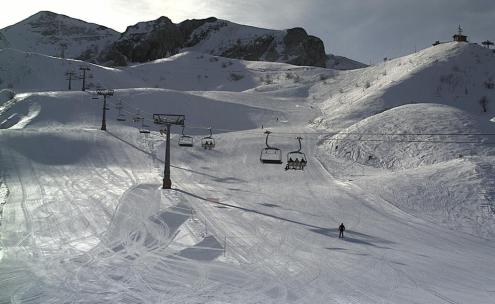 Snow conditions are excellent right snow right across the Swiss Alps. The freshest snow is in the north-west, where Champéry has base depths of 80/150cm depending on altitude.

The deepest snow cover though is in the central and eastern Swiss Alps, where Engelberg has 50/520cm and Laax has 120/305cm.

The next storm is due later tomorrow and on Friday, and will favour southern Swiss resorts such as St Moritz (45/115cm), although many other parts, especially the west (e.g. Portes du Soleil), will also see a useful top-up. 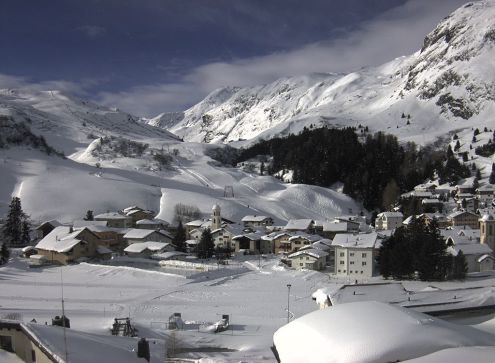 Still lots of snow in eastern Switzerland, even lower down. This is Bivio – 31 January 2019 – Photo: bivio.ch

After a shaky start to the season, the Pyrenees now have masses of snow, and a lot more in the forecast, especially in the north. Spain’s Baqueira Beret now has 175/205cm of settled snow, while Andorra’s Grandvalira has 70/160cm.

There is also plenty of good skiing to be had in Scandinavia, even if there has been relatively little new snow here in recent days. Norway’s Hemsedal has upper base depths of 85cm while Sweden’s Åre has 70cm.

The situation in Scotland continues to improve, although snow depths are still modest and more snow is needed to get the season properly underway. Right now Glencoe has 20/25cm of settled snow depending on altitude. 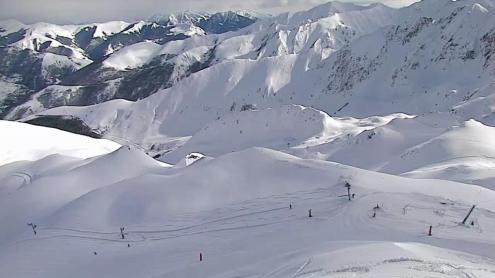 Lots of snow in the Pyrenees. This is Peyragudes – 31 January 2019 – Photo: peyragudes.com

There is still plenty of great skiing to be found in the western US. Although Colorado’s Vail (145cm upper base) may not have seen much fresh snow in recent days, there is plenty in the forecast early next week which will improve the already impressive snow conditions here.

Utah resorts are also in very good shape, especially Snowbird/Alta which has an upper base of around 240cm. There is also lots of snow in the forecast here later this weekend and into next week. 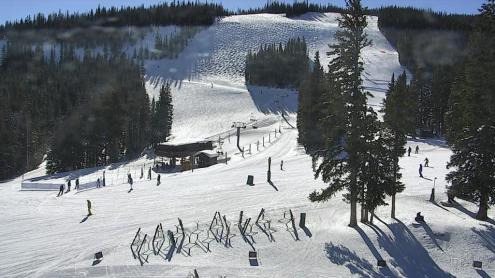 There hasn’t been any snow in Whistler since we last reported a week ago, but there is some forecast for this weekend, even if rain is more likely lower down, at least to start with. Snow depths remain impressive though, with 238cm packed down on the mid/upper mountain.

Further east, light to moderate snow is also forecast over the next few days in Lake Louise (138cm upper base).

Our next full snow report will be on Thursday 7 February 2019,