Snow conditions in the Alps remain mixed, with the best skiing still to be found in the south, for two reasons. Firstly, most resorts in the southern Alps already have a solid base, at least at altitude. Secondly, it is the southern Alps where the most favourable weather will be this week.

By contrast, the northern and especially north-western Alps are currently seeing plenty of wind, rain and wet snow. Resorts affected here will include Chamonix, Verbier, Mürren, Engelberg and St Anton.

Across the pond, the western US continues to offer excellent early snow conditions…

When it comes to finding the best snow cover in Austria right now, altitude is key. Glaciers aside, Obergurgl (3/150cm) is one resort that can offer some reasonable piste skiing. Ischgl (0/50cm) is another, even if artificial snow is heavily in the mix.

Generally speaking though, conditions are not all that great this week with plenty of rain below 2000m in the north and west (e.g. Lech). For the best weather, you should to head to the far south where it should remain largely dry in the likes of Nassfeld (0/30cm).

Snow should return to the Austrian Alps this weekend, even at lower levels. 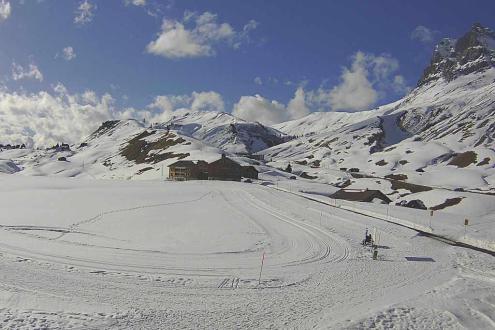 The best weather in Austria is in the far south right now. This is Nassfeld – 3 December 2018 – Photo: nassfeld.at

The best snow and weather conditions this week will be in the southern French Alps where Isola 2000 (40/60cm) and Auron (30/60cm) have both got off to solid starts and you can comfortably ski down to resort.

The further north you are, the higher you will need to be to find serious snow. This is epitomised by Val d’Isère (10-77cm) where there is lots of snow above 2300m but precious little at village level.

The situation in the northern Alps is being complicated by rain below 2300m this week but it should turn much more wintry this weekend, even to low levels.

Italian ski resorts continue to lead the way with decent natural snow cover above about 1600-1800m in most resorts. Best of all remains Cervinia (40/215cm), though the weather will be challenging at times early this week. Another resort with an impressive amount of snow right now is Passo Tonale where the base depth up on the glacier is now 230cm.

Further east, lots of Dolomite resorts are also open, chief among these being Kronplatz (10/30cm) though artificial snow is more of a factor here. Expect a mild week ahead, with fewer showers and more sunshine than on the northern side of the Alps, before it turns colder at the weekend. 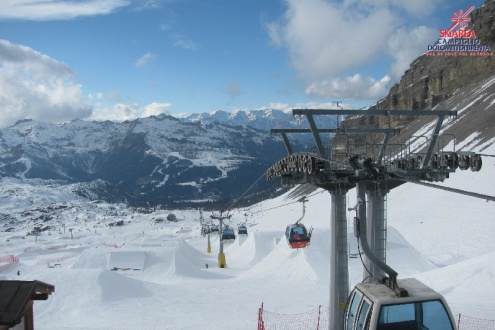 Rain is complicating the snow situation across many Swiss ski resorts early this week, though there is also some new snow above 2000-2300m. Altitude is therefore key, with the likes of Zermatt (0/200cm) and Saas-Fee (0/130cm) still offering the best skiing – at least once the weather settles down.

The weather is forecast to turn much wintrier this weekend - good news for the lower altitude areas that are still struggling for snow. 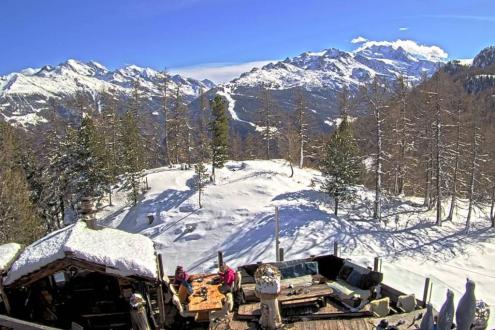 Reasonable snow cover at altitude in Laax, but more would be welcome – 3 December 2018 – Photo: laax.com

The current mild weather is also affecting the Pyrenees where snow cover is a bit too thin for comfort in most ski resorts - with just 5/35cm in Andorra’s Granvalira and 15/30cm in Spain’s Baqueira Beret.

A handful of ski resorts are also open in Scandinavia but with generally unimpressive snow depths - Finland’s Ruka has 7/30cm while Norway’s Lillehammer has 0/30cm.

In Scotland, it was possible to ski on a limited basis in Glencoe and the Lecht (thanks to artificial snow) last weekend, but snow cover remains very patchy. 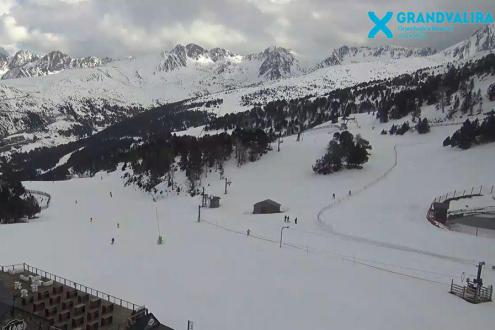 Milder air is affecting the snow in the Pyrenees. This is Peyragudes – 3 December 2018 – Photo: peyragudes.com

Most western US ski resorts are offering excellent snow conditions, with over 1m of settled snow up top in Colorado’s Vail, where most trails are now open. In Wyoming, Jackson Hole (56/117cm) is another resort in great shape, with plenty of cold, powdery snow on offer. 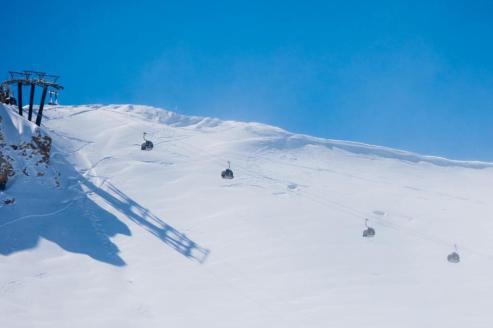 A number of Canadian ski resorts are now open though, on the whole, they haven’t had as much snow as their counterparts in the western US. Whistler currently has upper base depths of 64cm. More is open in Banff/Lake Louise, where they have base depths of 80/85cm.

Our next full snow report will be on Thursday 6 December 2018,