Snow depths in the Alps remain impressive for late March, especially at altitude where bases of 3-5m are not uncommon above 2500m. Snow quality is highly variable, however, thanks to the dynamic weather situation and fluctuating temperatures.

There is quite a bit of fresh snow at altitude, with more on its way over the next couple of days, for both the northern and the southern Alps. There has been some rain lower down, however, which means you will have to expect the snow to be wet at times.

In short, weather and snow conditions in the Alps over the next few days will be fairly typical for spring!

Across the pond, the resorts of western Canada are offering the best overall late season conditions…

Snow conditions are highly variable across Austria right now thanks to the relatively mild temperatures and mixture of rain and snow.

Low resorts such as Kitzbühel (80/146cm) still have plenty of snow, but conditions are wet, especially close to resort level.

Expect more showers over the next few days, with snow at altitude and rain lower down. 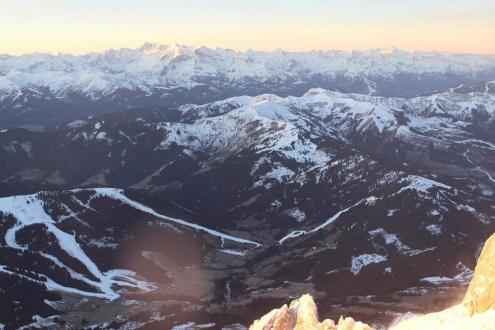 Changeable weather in the Austrian Vorarlberg. This is Schröcken – 29 March 2018 – Photo: warth-schroecken.com

There is still lots of snow in the French Alps but, with the relatively mild weather, snow quality is closely correlated to altitude. Cover is still excellent in low resorts such as La Clusaz (30/365cm) and Les Gets (60/275cm), but expect the pistes to be wet at times, especially close to resort level.

For more consistent snow quality you need to aim high, where conditions remain excellent in resorts such as Tignes (240/375cm) and Val Thorens (270/360cm).

Expect further snow at times over the next couple of days, but also some rain lower down. 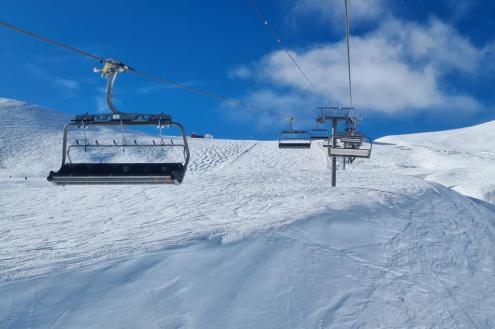 Snow cover remains excellent across most Italian resorts though, like everywhere else in the Alps, snow quality depends a lot on altitude, with fluctuating temperatures, some new snow but also a little rain lower down.

Lower down, snow conditions are more uniformly spring-like in the Dolomites, where Selva has base depths of 50/130cm.

Expect some further snow over the next couple of days, especially at altitude. 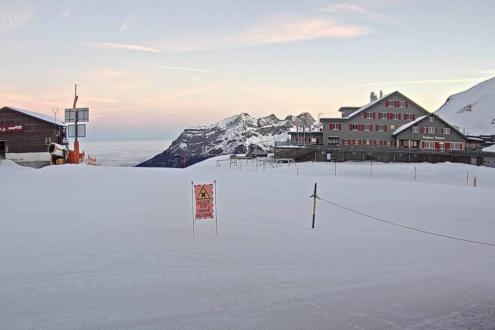 Cloudy skies this afternoon over eastern Switzerland. This is Laax – 29 March 2018 – Photo: laax.com

There is still lots of good skiing to be had in Switzerland, but snow quality is variable right now thanks to the relatively mild temperatures.

The weather will remain unsettled over the next couple of days with further snow for many, but also some rain lower down.

Snow depths remain very healthy across most of the Pyrenees. Just like the Alps, however, snow conditions are variable, with the best skiing at altitude. Spain’s Baqueira Beret has 220/300cm depending on altitude, while Andorra’s Pas de La Casa has 140/230cm.

Scottish resorts can still offer plenty of skiing, with good on-piste cover in all five main resorts. Glencoe currently has base depths of 175/195cm, while Cairngorm has 80/140cm.

Norway hasn’t seen much snow in the last week but snow depths remain impressive after what has been a bumper season in many areas. Hemsedal has upper base depths of 170cm, while Voss has 275cm. 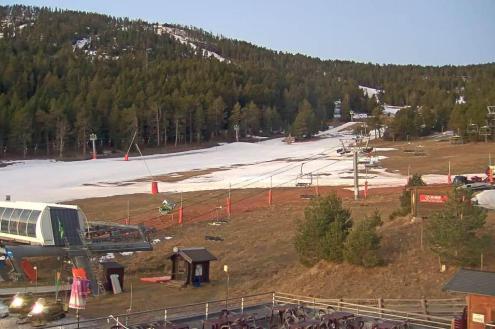 Plenty of snow still in the Pyrenees. This is Les Angles – 29 March 2018 – Photo: lesangles.com

Utah has seen some significant fresh snow this week – with 25cm on Tuesday in Alta, for example, where the upper base is now 254cm deep.

Wyoming’s Jackson Hole (216/328cm) is also in good shape following heavy snow earlier in the week, but Colorado’s Vail (135cm upper base) again missed the heaviest falls, as has often been the case this season.

Impressive conditions continue in Whistler (306cm upper base), with a further dusting of snow today and relatively low temperatures forecast for the foreseeable future.

You can also find some excellent skiing further inland in Banff (165/217cm), where plenty of snow flurries are expected to continue to keep things fresh over the next few days. 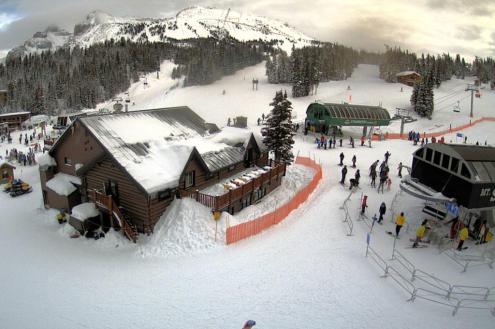 Our next full snow report will be on Thursday 5 April 2018,