Snow conditions in the Alps remain pretty good for late March, especially on the northern side where base depths are generally around or above average. Snow cover is patchier on the southern side, but even here there is some perfectly good piste skiing on offer, especially at altitude.

High pressure is currently dominating the weather in the Alps, with plenty of sunshine forecast over the next few days. Temperatures are also on the rise, meaning that spring-snow conditions will prevail.

The weather will turn colder again next week (especially mid-week) but whether we will see any significant new snow remains to be seen.

Snow conditions remain very good for the time of year across most Austrian ski resorts, with only parts of the south (e.g. Carinthia) below par in terms of snow cover.

Snow quality has also been pretty good this week thanks to the relatively cool weather, though it does still pay to go high. Right now high altitude Obertauern has base depths of 230/250cm, while lower-lying Schladming has 80/210cm. 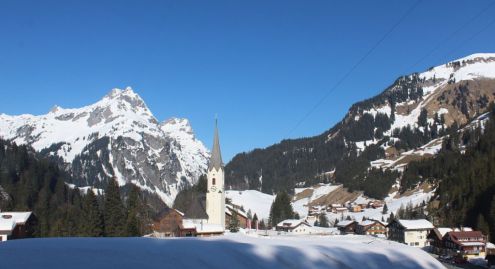 Snow conditions remain much better in the northern French Alps than in the south, where natural snow cover is much patchier. There is some perfectly decent piste skiing on offer in the southern Alps in the likes of Risoul, but the 50/70cm base here is modest.

There is more snow further north, but it still pays to go high if you are after more consistent snow quality. Val d’Isère currently has base depths of 115/200cm while Avoriaz has 170/300cm.

Expect increasing spring-snow conditions over the next few days before it turns colder from Tuesday onwards. 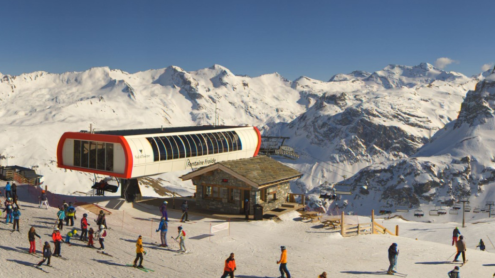 Italian ski resorts have not seen much snow in recent weeks, which means that cover is now very patchy at low altitude. That said, there is still some perfectly good piste skiing on offer, especially higher up where resorts such as Livigno (76/200cm) and Cervinia (50/200cm) are in excellent nick.  Lower down, Sauze d’Oulx (30/60cm) looks altogether more spring-like.

Spring conditions will be the order of the day across most Italian resorts over the next few days before it turns colder next week. Significant new snow seems unlikely at this stage, however. 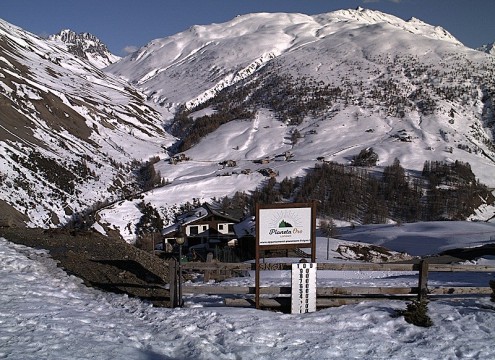 Livigno is one of the better bets in Italy for a late season ski holiday – 28 March 2019 – Photo: livigno.eu

Lower down there is also some enjoyable piste skiing on offer in the likes of Morgins (80/140cm) and Wengen (0/190cm), though spring-snow conditions will dominate over the next few days.

Watch out for some colder weather next week, though whether this will be accompanied by any useful new snow remains to be seen. 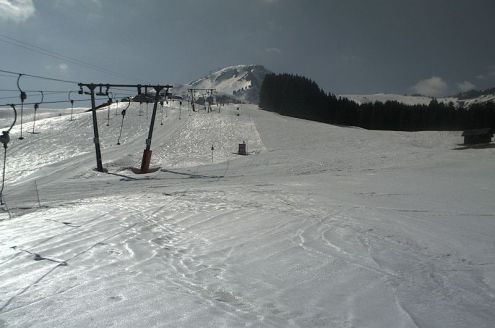 There is still plenty of good skiing to be found in the Pyrenees although spring snow conditions now prevail even in higher resorts such as Spain’s Baqueira Beret (105/180cm) and Andorra’s Pas de La Casa (50/110cm).

Good skiing is also still possible in Scandinavia, where it will also turn very chilly next week which will help preserve the snow. Right now Norway’s Hemsedal has upper base depths of 110cm, while Sweden’s Åre has 86cm.

Skiing in Scotland remains very limited with the best of the action at Glencoe. 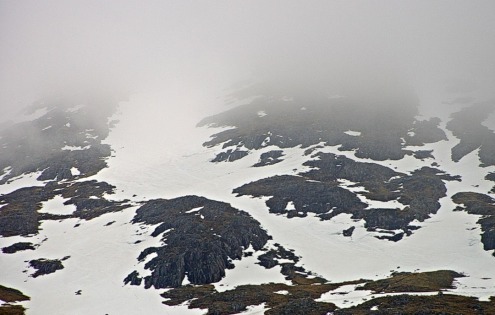 The resorts of the western US are still offering lots of good skiing with base depths generally above average for the time of year. This is especially true in California where the upper base is nearly 6m in both Mammoth and Squaw Valley.

Further east, there is also plenty of snow in Utah’s Snowbird (378cm upper base) and Colorado’s Vail (196cm upper base), both of which have enjoyed good seasons.

There hasn’t been a huge amount of snow in Whistler since we last reported but upper base depths remain at a healthy 230cm and there is still lot of enjoyable skiing to be had, even if conditions are somewhat spring-like lower down.

Snow conditions are currently better further inland, where Lake Louise has 20cm of new snow and upper base depths of 130cm. 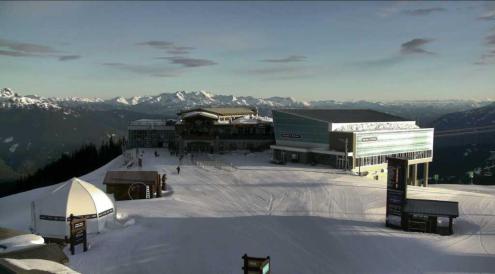 View from the upper mountain in Whistler – 28 March 2019 – Photo: whistlerblackcomb.com

Our next full snow report will be on Thursday 4 April 2019,