The unusually sustained period of warm and sunny weather in the Alps is now coming to an end, after the best part of three weeks. The first weather front is due to hit the western Alps tonight and, although it won’t be particularly strong, it will signal the start of a more mobile weather pattern that is likely to persist throughout next week and beyond.

Over the next seven to ten days, the heaviest snow is likely to fall in the north-western Alps but, as temperatures will be yo-yoing all over the place, there will also be some rain lower down. That said, a more sustained drop in temperature is possible later next week, meaning that significant snow is possible to lower levels. As it currently stands, the southern Alps are likely to miss the heaviest of any precipitation.

So what does this all mean for snow conditions in the Alps?

In short, the imminent change in weather is something of a mixed blessing. While it will bring some much needed snow to some parts of the Alps, it will also bring wind, fog and even rain – whether this is preferable to the recent wall-to-wall sunshine, but spring-snow conditions, very much depends on your point of view!

Meanwhile, the deepest snow across the pond is still to be found in California…

Spring-snow conditions have ruled in Austria this week, meaning that the most consistent snow quality has been at altitude in resorts such as Obergurgl (80/180cm) and Sölden (20/400cm).

The weather is now on the turn though, with new snow expected in most resorts over the next few days, the most significant falls due at altitude and in the west (e.g. St Anton).

That said, as temperatures will be fluctuating some damp and rainy weather is also possible at times lower down. 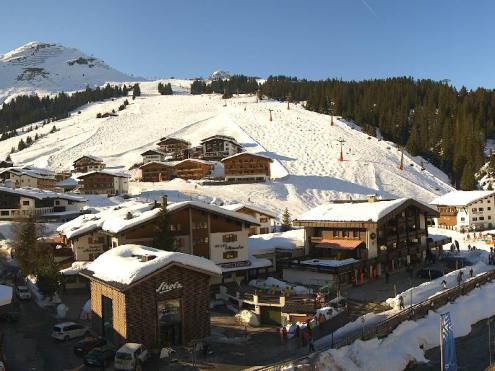 Another lovely day in Lech today, but the weather is on the turn – 28 February 2019 – Photo: lech.com

Snow conditions have been spring-like in the French Alps in recent days which has meant some afternoon slush in low resorts, especially on south- and west-facing slopes.

For the most consistent snow quality you will need to stay high. Val d’Isère currently has base depths of 104/214cm depending on altitude, while Serre Chevalier has 48/232cm. 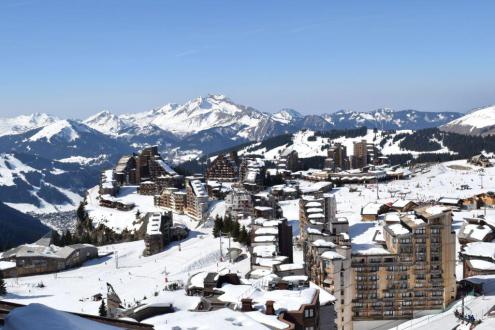 Spring has ruled in the Italian Alps in recent days, with the best snow conditions now in high altitude resorts such as Cervinia (55/190cm) and Passo Tonale (40/300cm).

Lower down, resorts such as Selva (80/140cm) and Courmayeur (20/80cm) can also offer some good piste skiing but afternoon slush has been more of an issue.

The forecast is for the weather to turn more unsettled over the next few days, but large amounts of snow are not expected. 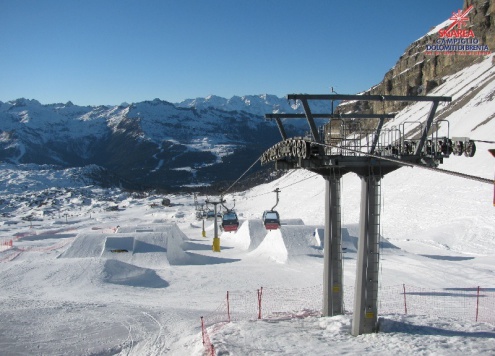 Spring has dominated in the Swiss Alps in recent days with the very best snow quality reserved for high resorts such as Zermatt (15/205cm) and Saas-Fee (53/315cm).

That said, there has also been some perfectly good skiing lower down, it’s just that the freeze-thaw cycle in resorts such as Villars (70/135cm) and Champéry (70/110cm) has been more marked.

Some snow is forecast over the next few days but fluctuating temperatures mean that some rain is also possible lower down. 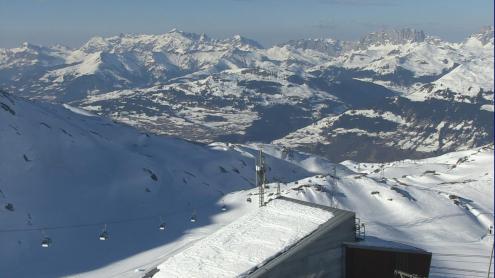 As in the Alps, spring snow conditions have been prevalent across the Pyrenees in recent days. However, the weather is slowly changing now although significant snow is unlikely until later next week. Right now base depths are 165/215cm in Spain’s Baqueira Beret, and 70/140cm in Andorra’s Granvalira.

A continued lack of snow in Scotland means that the only currently open lift-served skiing is one short beginners’ run in the Lecht.

The weather remains relatively mild across Scandinavia. That said, there is still plenty of good piste skiing on offer, with upper base depths of 80cm in Norway’s Hemsedal and 70cm in Sweden’s Åre. 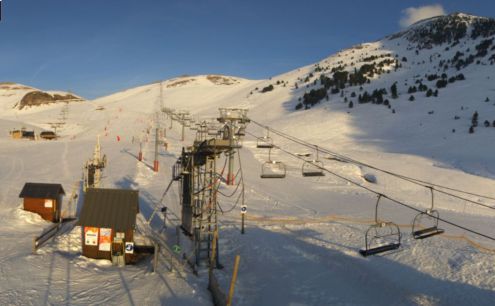 Good snow cover still in the French Pyrenees, at least at altitude. This is Saint Lary – 28 February 2019 – Photo: saintlary.com

Right now California still has the deepest snow in the western US, with 550cm on the upper slopes of Squaw, for example.

Whistler has seen a foot of snow since we last reported a week ago and now has 252cm packed down on its upper slopes. There isn’t much more snow forecast over the next few days, but it will stay cold, meaning that conditions should remain good.

Further inland, conditions are also good in the Banff/Lake Louise area (163cm upper base) with a dusting of new snow expected over the next 36 hours. Watch out for some very low temperatures this weekend though, before it warms up (a fraction) next week. 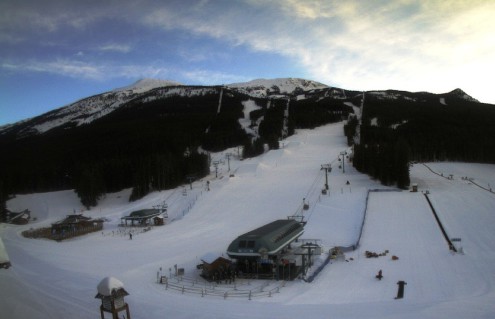 Our next full snow report will be on Thursday 7 March 2019,