Snow conditions in the Alps are excellent for late December, or indeed for any time of the year! In the last 36 hours alone there has been 20-70cm of new snow across a wide swathe of the Alps, with over 1m in a few favoured spots such as the Marmolada glacier in the Dolomites.

It is particularly notable that there are no real weak spots at all in the Alps right now, a rare achievement so early in the season. Even in areas where snow depths are unremarkable (such as Italy’s Monte Rosa region) the skiing is still good, and for the vast majority of the Alps snow depths are above average for late December.

While this is all good news, there are two caveats. The first is that the risk of avalanche is high and only those who know exactly what they are doing and/or are with a fully qualified guide should even think about venturing off-piste right now. Secondly, the weather is going to warm up over the next few days and there is going to be a period of rain for some on Saturday. This will be most problematic in the lower resorts of the north-western Alps such as the Portes du Soleil, La Clusaz, Megève, Villars and Wengen.

Across the pond, new snow has slightly improved conditions for some western US resorts but Canada still leads the way…

Snow conditions are generally excellent across the Austrian Alps with lots of new snow over the last day or two.

Watch out for some milder weather over the weekend, with some rain possible below 1500m in the west (e.g. St Anton). 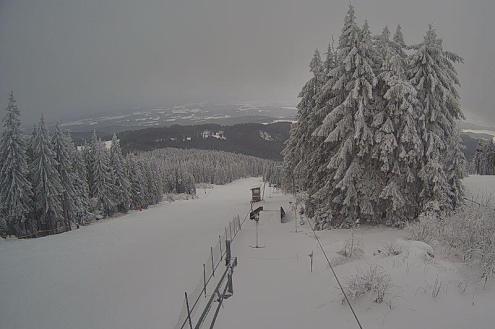 Avoriaz now has base depths of 175/240cm depending on altitude, while Les 2 Alpes has 60/130cm. Both resorts have seen 40cm of new snow in the last 36 hours and have more forecast later on Friday.

Watch out for a sharp rise in temperature on Saturday with rain to around 2000m, especially across the northern half of the French Alps. 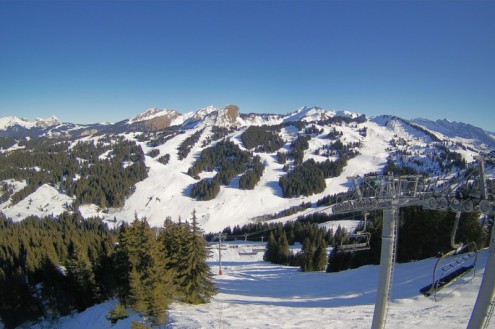 Huge amounts of snow in the northern French Alps, even lower down. This is La Clusaz – 28 December 2017 – facebook.com/LaClusaz

Snow conditions are generally superb across the Italian Alps though recent snowfall has not been evenly distributed.

One area that did receive a lot of snow (with up to 1m in places) is the Dolomites, where settled depths in the Alta Badia are now 60/150cm depending on altitude.

Further west, the Monte Rosa region has seen less new snow but that doesn’t mean there isn’t still some excellent skiing to be had in Champoluc (50/70cm).

The weather will turn milder over the weekend, though the Italian resorts should avoid most of the rain that will affect some northern and western parts of the Alps on Saturday. 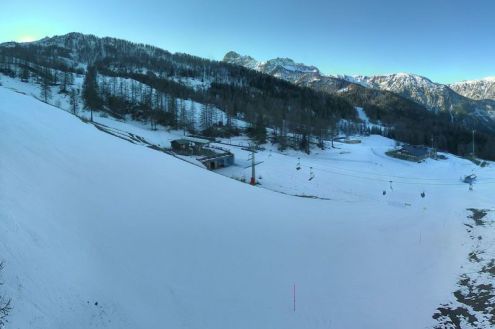 Some of the recent storm’s heaviest snow fell in the far south where snow depths were previously quite modest. Bosco Gurin, for example, had 50cm of new snow and now has base depths of 95/130cm depending on altitude.

The more northerly resort of Engelberg still claims the deepest base in the Alps though, with 40cm in resort and 430cm on the glacier!

Watch out for some milder weather over the weekend, with rain to around 2000m in some northern and western Swiss resorts (e.g. Portes du Soleil, Wengen, Engelberg). 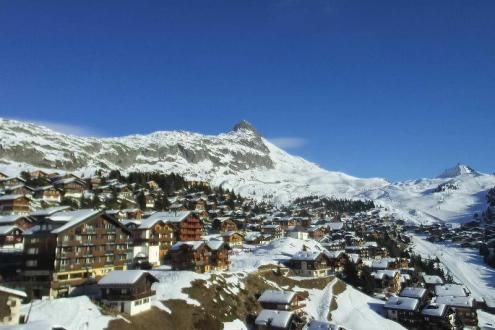 The Pyrenees have also seen significant snow this week which means excellent skiing conditions for the likes of Andorra’s Soldeu (60/80cm) and France’s Font Romeu (70/75cm).

It’s not such good news for Scotland, however, where at the time of writing there is insufficient snow for any lift-served skiing. 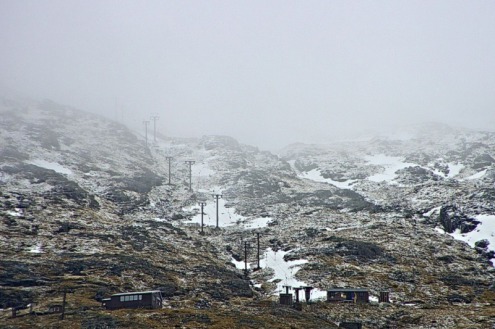 Lots of new snow in the Pyrenees too. This is Font Romeu – 28 December 2017 – Photo: facebook.com/FontRomeu.Pyrenee2000

Snow conditions have improved a little bit in Colorado but much snow is still needed to get back up to par. Breckenridge had 36cm of snow on 26 December and now has an upper base of around 1 metre. Vail saw a more modest 10cm on the same day and has an upper base of 64cm.

Further north the snow is generally deeper, with 109/168cm depending on altitude in Wyoming’s Jackson Hole and 104/154cm in Montana’s Big Sky.

Snow is forecast again in Whistler over the next couple of days, adding to its already healthy 164cm upper base.

There is also fresh snow further inland, where Banff (112cm upper base) is offering superb snow conditions albeit with some very cold temperatures. 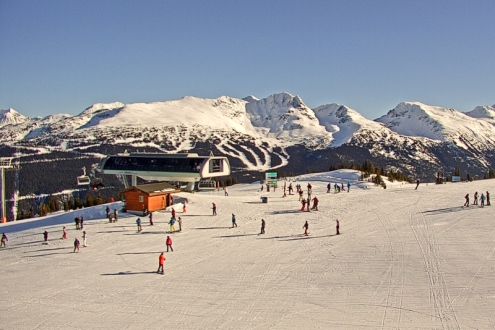 Our next full snow report will be on Monday 1 January 2018, but see Today in the Alps for regular updates