Right now, there is a huge difference in snow conditions on different sides of the Alps.

Generally speaking, there is a lot of snow at altitude (and sometimes to lower levels too) across most of the southern (and some central) parts of the Alps. In the southern Alps, for the most part resorts in the west (e.g. Cervinia, Zermatt, Saas-Fee, Monte Rosa) have more snow than those in the east (e.g. Dolomites).

By the southern Alps, we generally mean (though note that some of these are not open yet):

Plenty of snow in the southern French Alps right now. This is Risoul (not yet open) – 26 November 2018 – Photo: vars.com

By contrast, with one or two exceptions, there is little meaningful snow on the northern side of the Alps. One obvious exception being Val d’Isère/Tignes, where there is a very good base above 2300m or so. However, most northern parts do not yet have a natural base of any note.

By the northern Alps, we mean (though note that some of these are not open yet):

Little or no snow across many northern parts of the Alps still. This is Warth-Schröcken – 26 November 2018 – Photo: warth-schroecken.at

Some snow is falling today (26 November) to low levels across some of the most snow-starved parts of the Alp (i.e. the Austrian Tirol and Salzburgland), however probably not in sufficient quantities to get very excited about. After a cold start to the week, it will actually get warmer as the week wears on.

The last of the flurries will die away from the eastern Alps tomorrow, then we can expect a couple of fine mild days before a new storm approaches the south-western Alps towards the end of the week.

Most Austrian ski resorts missed out on the recent storms but there are still plenty of skiing options, and not just on the glaciers.

The best entirely non-glacial option right now is probably Obergurgl (5/125cm) where 70km of pistes are open on a mixture of natural and man-made snow. Ischgl (20cm upper slopes) is another option with 55km of pistes but the snow here is nearly all artificial.

Some snow is falling across Austrian ski resorts today but in most cases it will remain light to moderate, and will not be enough to change what has been a generally slow start to the season so far. 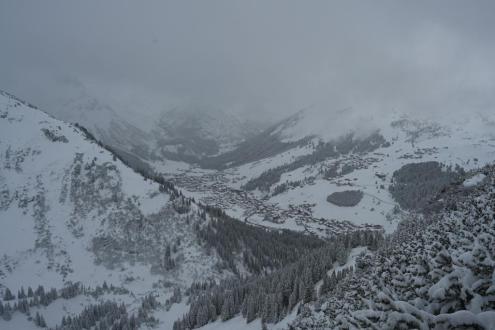 The best snow conditions in Austria right now are in the south. This is Bad Kleinkirchheim – 26 November 2018 – Photo: badkleinkirchheim.com

Of those areas open, the best snow conditions in the French Alps are in L’Espace Killy where base depths are around 5cm in the villages of Val d’Isère and Tignes, and 60-80cm at 3000m. The area has 39 pistes open but the link between the resorts is closed today.

Elsewhere in France, the next best option this week is Val Thorens (50cm upper slopes) which finally opened on Saturday (a week later than planned) and where 16 slopes are open. There has been a bit of fresh snow here but, so far this season, snow-making has been essential in order to get things started.

This weekend will see a string of new openings including Les Alpes, Alpe d’Huez and Isola 2000. Isola 2000 and nearby Auron look particularly impressive for entirely non-glacial resorts, with excellent top to bottom snow cover. 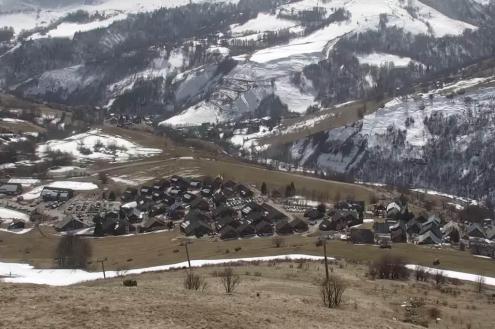 Fabulous looking snow conditions in the southern French Alps, where Auron (pictured) is due to open next weekend – Photo: winter.auron.com, 26 November 2018

Italian ski resorts have the best snow cover in the Alps right now. By far the best bet in terms of both snow and the extent and variety of open terrain is Cervinia (50/240cm), where a good proportion of the ski area is now open including the runs back down to resort.

Elsewhere in Italy, a number of other resorts are partially open including Prali, Passo Tonale, Sulden-am-Ortler, Madonna di Campiglio and Livigno, to name just a few.

Most of the coming week will be dry and increasingly mild, but a new storm should bring some snow to the Italian Alps on Friday. 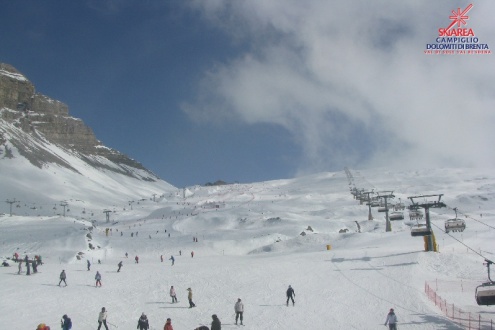 Lots of early snow in southern Italian Alps. This is Limone Piemonte, close to the Mediterranean – 26 November 2018 – Photo: riservabianca.it

The north-south divide is very evident in Switzerland, with the southern resorts closest to the Italian border still offering by far the best snow conditions.

In Zermatt (2/100cm) you can now ski all the day down to Furgg at 2500m, and a handful of runs have also opened on the Gornergrat for the first time this season.  Another good option is Saas-Fee where 31km of pistes are open and the upper snow depth is 130cm. Other more limited skiing possibilities in Switzerland right now include St Moritz, Davos, Engelberg, Andermatt and Glacier 3000.

A few snow flurries are possible across the Swiss Alps today and tomorrow, otherwise it will be a mostly dry week with increasing temperatures. A new storm may bring some snow to the south and west of the country on Friday. 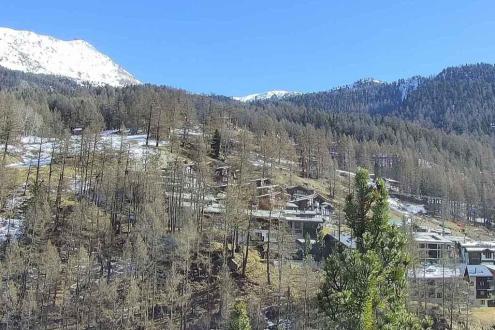 Great conditions on the glacier above Saas-Fee at the weekend – 25 November 2018 – Photo: saas-fee.ch

Our next full snow report will be on Thursday 29 November 2018,