Snow conditions in the Alps are pretty good right now, all things considered. Although there hasn’t been a huge amount of fresh snow in recent days, it has been cold which has helped preserve the quality of the snow.

The freshest snow at the moment is in the foothills of the western Alps, where resorts such as Villard-de-Lans (west of Grenoble) saw 20-30cm of new snow mid-week, and the far south-western Italian Alps (e.g. Limone, Prato Nevoso) which saw 50cm or more. Some eastern parts of the Alps (e.g. Obertauern, Dolomites) have also seen a little snow over the last day or two, however, most areas have been dry, but still chilly.

The next significant snowfall for the Alps is forecast for Sunday and Monday, with the heaviest snow likely to fall across the northern French Alps (e.g. Chamonix, Flaine, Portes du Soleil).

Across the pond, Utah is doing as well as anywhere right snow, with huge amounts of new snow falling this week…

Snow conditions remain excellent across most of Austria, with exceptional base depths in all resorts aside from those in the south. St Anton currently has 85/470cm depending on altitude, while Kaprun has 115/340cm.

Only Carinthia and parts of Osttirol are a little below par, but there is still some excellent piste skiing on offer in the likes of Nassfeld (15/100cm) and Bad Kleinkirchheim (15/120cm).

There is some snow in the forecast over the next few days, especially to the east of Salzburg on Saturday and then in the west (e.g. St Anton/Lech) later on Sunday and Monday. 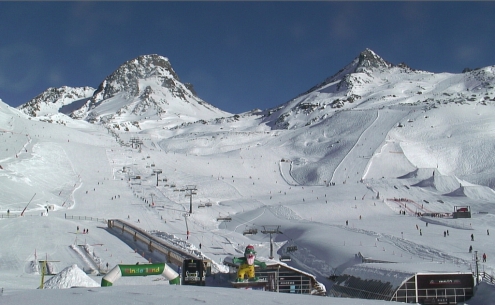 Conditions in the French Alps are generally good, with a little fresh snow mid-week helping to freshen up the pistes.

The next significant snow will fall on Sunday and Monday, heaviest across the northern French Alps (e.g. Avoriaz, Chamonix). 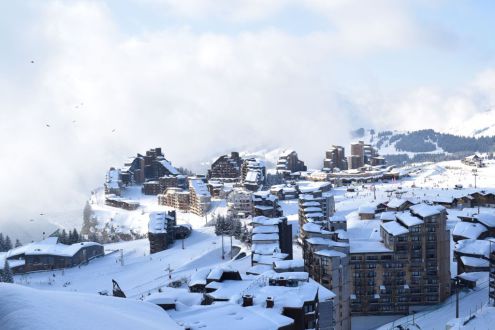 Snow conditions are generally pretty good across most Italian ski resorts even if there hasn’t been a huge amount of snow in recent days – apart from in the far south-west where both Limone (75/85cm) and Prato Nevoso (60/100cm) caught at least 50cm mid-week.

Across the Italian Alps, the best skiing right now will generally be found on-piste. Courmayeur currently has base depths of 30/70cm while, further east, Livigno has 60/180cm.

Some snow is forecast for Sunday and Monday but any significant falls will be localised, with the far north-west (e.g. La Thuile, Courmayeur) most likely to be favoured.

Snow conditions remain excellent across most Swiss resorts even if there hasn’t been a huge amount of snow in recent days. The very best snow remains in the east where Davos has base depths of 105/225cm and Laax has 115/300cm.

Further west, snow depths are less exceptional, but the skiing is still superb in the likes of Wengen (55/170cm) and Villars (50/115cm).

There is also further snow in the forecast for Sunday and Monday across the Swiss Alps. 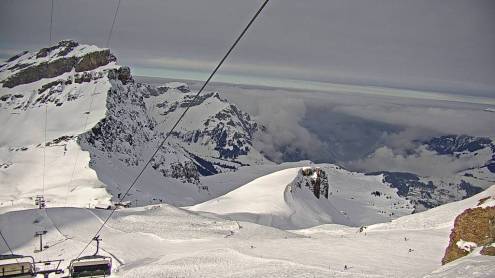 Snow conditions in the Pyrenees have improved dramatically in recent days thanks to heavy snow. Spain’s Baqueira Beret now has 125/155cm of settled snow depending on altitude, while Andorra’s Grandvalira has 30/135cm.

Scandinavian ski resorts are also offering plenty of good skiing, although snow depths are still generally quite modest. One of the better options right now is Voss in the west of Norway, which has 100/170cm of settled snow and more forecast over the next few days. Sweden’s Åre is also in good shape with around 75cm packed down on its upper mountain.

The situation in Scotland is finally improving with four if its five ski areas now able offer limited skiing. The best resort for now is probably Glencoe (no official published depths) but more snow is forecast for all Scottish ski areas over the next few days. 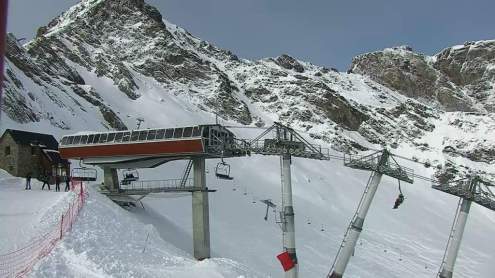 Much improved snow conditions in the Pyrenees. This is Cauterets – 25 January 2019 – Photo: cauterets.com

Snow conditions across the western US are generally excellent right now. Utah has done particularly well this week, with close to 1m of new snow in Snowbird (264cm upper base) over the last few days.

Across in Colorado, Vail (164cm upper base) is also in great shape with around 40cm of new snow this week, Wyoming’s Jackson Hole (221cm upper base) has seen 70cm in the last 48 hours alone.

Another 50cm of snow has fallen in Whistler (259cm upper base) this week, meaning that ski conditions remain very good, especially at altitude. The weather has settled down now though, and it will be quite mild over the next few days. 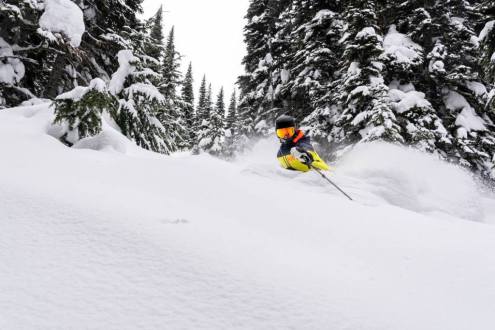 Our next full snow report will be on Thursday 31 January 2019,