Not only is snow cover exceptional, especially at altitude, but snow quality is also generally good thanks to the unusually low temperatures for mid-March that we have seen this week. This has meant a much more limited freeze-thaw process and less afternoon slush than you would normally expect at this time of year.

It will turn a bit milder in the Alps over the next few days, but not much, and it will probably turn colder again next week with the chance of some more significant and widespread snow. All in all, prospects for Easter are looking very good in the Alps, as they are in the Pyrenees.

Across the pond, snow conditions are a bit better in western Canada than they are in the western US right now…

Austria hasn’t seen a huge amount of new snow this week, just a dusting here and there, but it has been cold, meaning that snow conditions have been excellent for late March, at least on-piste.

High altitude Obergurgl has base depths of 110/250cm, while St Anton has 125/380cm. Lower down, there is still also plenty of snow in Saalbach (50/155cm), but watch out for a more pronounced freeze-thaw cycle this weekend in the lower resorts as temperatures rise. 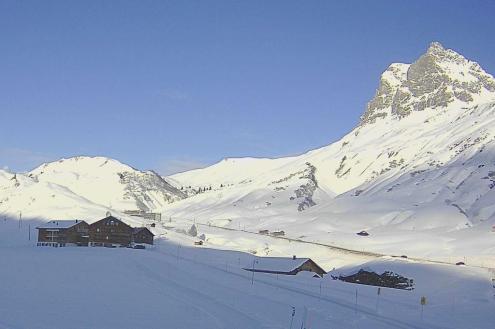 Snow conditions are currently excellent in both the northern and southern French Alps thanks to cold temperatures and new snow in places. It will warm up a little over the next few days, but colder and potentially snowy weather is expected to return early next week.

Right now Les Arcs has 150/405cm depending on altitude while Avoriaz has 325/480cm. Lower down there is also some excellent skiing to be had in Les Gets (70/280cm), with temperatures set to remain below average over the weekend. 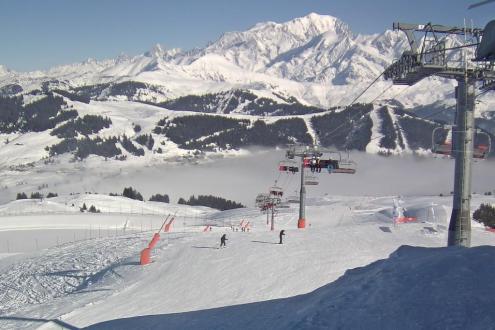 Snow conditions in Italy are excellent for the time of year, with great cover across the board. Below average temperatures are also ensuring that the freeze-thaw cycle is less pronounced than usual.

High altitude Passo Tonale currently has 60/250cm of snow depending on altitude while, in the Dolomites, Corvara has 50/180cm.

Expect a few flurries in places on Saturday, especially in the western Italian Alps, but no significant snow until next week. 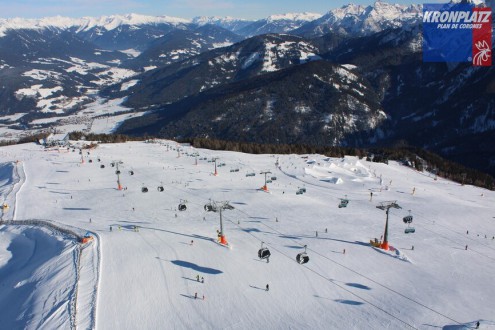 Snow conditions remain excellent across most Swiss resorts, with the cold temperatures this week ensuring that the freeze-thaw cycle is less pronounced than you might expect at this time of year, and even non-existent at high altitude.

A few flurries of snow are possible here and there over the next couple of days but many places will stay fine this weekend, before more widespread snow arrives from the west next week. 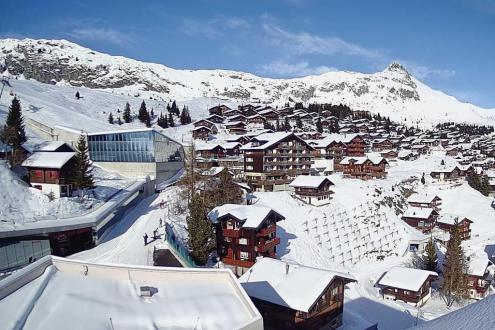 There is fresh snow this week across much of the Pyrenees, and plenty more forecast over the weekend. Not surprisingly, snow conditions are excellent in Andorra’s Soldeu where base depths are now 130/210cm depending on altitude. The figures are even more impressive over in Spain, with 220/300cm in Baqueira Beret and 110/255cm in Formigal.

Snow cover remains pretty good in Scotland, even if the milder conditions have lead to highly variable snow quality. Right now, Glencoe has settled snow depths of 175/195cm, while Cairngorm has 110/160cm.

In Scandinavia, Norwegian resorts haven’t seen much snow in recent days but, on-piste at least, there is still some excellent skiing to be had in the likes of Hemsedal (160/175cm). 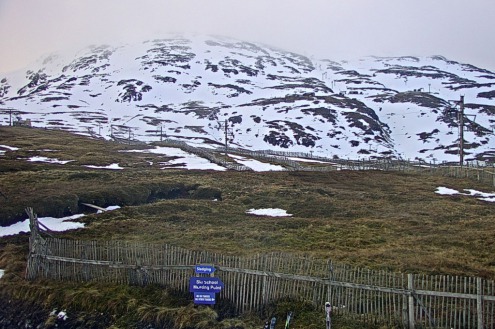 Lots of snow still in the Pyrenees. This is the French resort of Artouste – 22 March 2018 – Photo: ossaupyrenees.com

Fresh snow has meant that many western US resorts this week have had decent snow conditions, even if it has fallen to relatively modest quantities.

Alta (243cm upper base), in Utah, is offering some excellent skiing right now on-piste, as is Colorado’s Vail (135cm upper base), although these figures remain below par in what has been a disappointing season overall.

Further west, California's Mammoth has fared better with 30cm of new snow today and an upper base of 356cm.

Whistler (288cm upper base) has seen very little snow in the last week, but that has all changed today with significant snowfall expected to end the week. Conditions are therefore very promising as we approach the Easter period, with temperatures expected to remain relatively cool.

Further inland, any snowfall over the next few days will be more modest, but the colder weather means that Lake Louise (163/211cm) is also in great shape for late March. 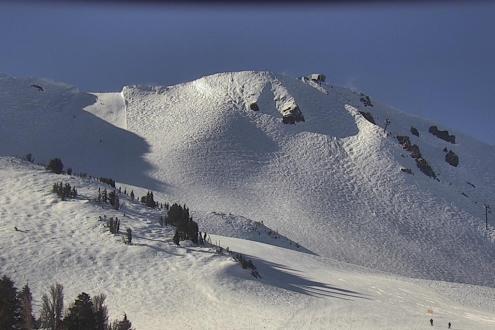 Excellent snow cover still in the resort of western Canada. This is Kimberley – 22 March 2018 – Photo: skikimberley.com