A huge area of high pressure has been dominating the weather in the Alps for nearly two weeks now. This has been great news for half-term holiday-makers, the majority of whom would much rather see sun than more unsettled conditions and the potential for fog, wind and cold.

Some parts of Austria will see a few centimetres of snow over the next day or two, but for most of the Alps the fine weather is set to continue, not just this weekend but for much of next week too!

The good weather is just beginning to take its toll on some lower slopes, especially those facing south and west, some of which are now looking a bit worn, especially below 1500m. However, as it is still February and the sun is not too high in the sky, snow conditions have generally been holding up pretty well. Indeed, hard-packed and icy pistes have probably been more of an issue than slush due to the sheer volume of half-term traffic on them.

That said, freezing levels are set to rise over the next few days, and quite sharply across the western Alps where they may reach 3600m in places this weekend. This will accelerate the thaw at lower altitudes, especially on slopes exposed to the sun, with spring-like freeze-thaw cycles becoming increasingly apparent.

Across the pond, California continues to catch the eye with over 2m of new snow in some resorts over the last week…

Temperatures have been a bit lower in Austria (especially in the east) than in the rest of the Alps this week, meaning that snow conditions have held up pretty well.

Weak weather fronts will even bring a dusting of snow to some resorts (mostly in the east) over the next day or two, before it turns sunny again this weekend. 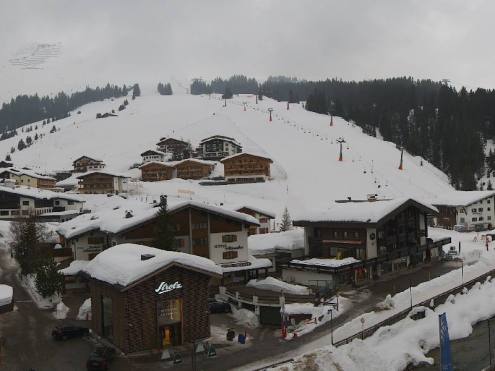 Snow conditions are generally still pretty good across the French Alps this week even if the relentless sun is starting to take its toll on some low south- and west-facing slopes.

With temperatures set to rise over the next few days, snow conditions will become increasingly spring-like, especially in the lower resorts. 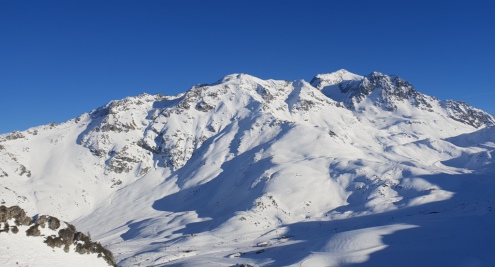 Italian ski resorts have been basking in the sun all week and conditions are turning a little spring-like lower down. The fine weather is also set to continue.

For the most consistent snow conditions you need to aim for high resorts such as Cervinia (70-190cm) and Passo Tonale (80/400cm).

Lower down, resorts such as Selva (80/140cm) and Courmayeur (40/150cm) can still offer some very enjoyable piste skiing - just look out for a little afternoon slush on slopes exposed to the sun. 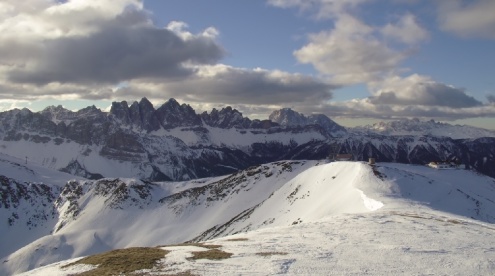 Partly cloudy but still some decent sunny spells in the Dolomites today. This is Brixen – 22 February 2019 – Photo: superdolomiti.com

Snow conditions remain pretty good across most of Switzerland even if it has turned somewhat spring-like in some lower resorts.

Expect spring conditions to become even more prevalent in the coming days as freezing levels rise sharply, especially in the west. 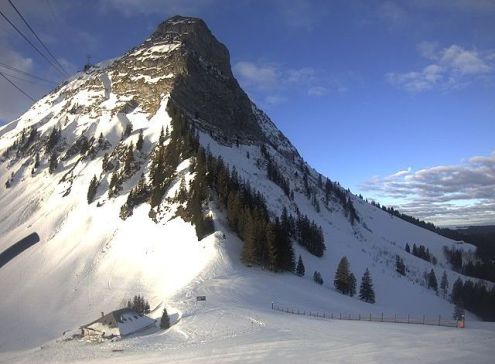 Snow depths are holding up well across most of the Pyrenees even if warm and sunny weather has meant that conditions are becoming increasingly spring-like. Spain’s Baqueira Beret has base depths of 195/235cm, while Andorra’s Grandvalira has 70/150cm.

The situation in Scotland remains dire with no proper lift-served skiing on offer due to the lack of snow, with only some limited beginner areas open at Cairngorm and the Lecht.

Mild weather has also been affecting Scandinavia, although there is still plenty of decent skiing on offer. Norway’s Hemsedal has upper base depths of 95cm while Sweden’s Åre has 77cm. 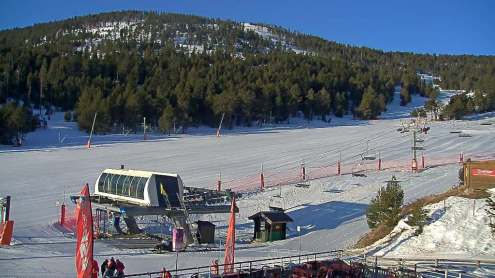 Lots of sunshine in the Pyrenees right now. This Formiguères – 22 February 2019 – Photo: formigueres.fr

California continues to grab the headlines with further big snowfalls in recent days. Squaw Valley, for example, has seen 2.6m of new snow in the last week and now has an upper base approaching 5m.

Snowfall has been more modest further east, but Utah’s Snowbird (335cm upper base) is also offering some excellent skiing right now, as is Colorado’s Breckenridge (155cm upper base).

Whistler (245cm upper base) hasn’t seen a huge amount of new snow in recent days but there are a few centimetres forecast today. It is also cold, so skiing conditions are very good.

Snow conditions are also excellent further inland in the Banff-Lake Louise area (165cm upper base), though temperatures are very low right now, so wrap up warm. 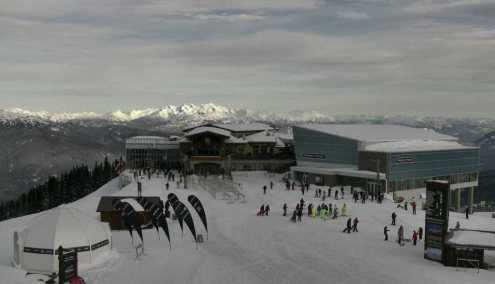 Our next full snow report will be on Thursday 28 February 2019,