Snow conditions in the Alps remain good, especially on-piste where there are still few (if any) weaknesses. Off-piste the situation is more variable, but there remains some powder to be found here and there, most notably in the southern Piedmont (e.g. Prato Nevoso, Limone).

Over the next couple of days there will be further snow for some southern parts of the Alps, heaviest close to the Italian-French border. We then need to keep our eye on some very cold Siberian air that will reach the Alps later on Sunday and last well into next week.

This will make for some testing skiing conditions with temperatures as low as -25°C or more at altitude, with a wind chill that will make it feel even colder. If you are skiing in the Alps next week make sure you are adequately prepared!

Across the pond, snow conditions have improved markedly across the western US in recent days…

While Austrian ski resorts may have only seen bits and pieces of new snow over recent days, it has been cold, meaning that conditions are still excellent in most resorts, particularly on-piste.

Wrap up warm next week as a pulse of exceptionally cold Siberian air is set to move in from the east. 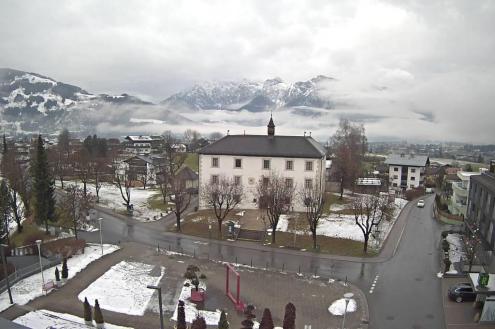 Snow conditions have been excellent in France this week, especially on-piste where base depths remain exceptional at altitude in the northern Alps.

The southern Alps are also in good shape with fresh snow expected in Isola 2000 (115/205cm), but watch out for some exceptionally cold temperatures across the board early next week. 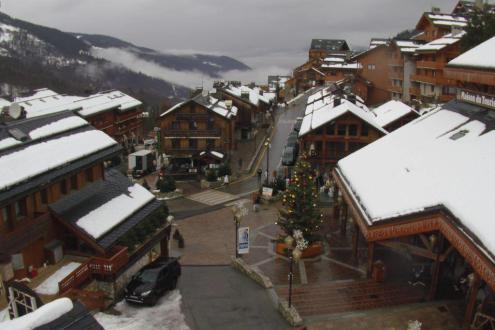 Snow conditions remain excellent across all parts of the Italian Alps, especially on-piste, with 100-125cm base depths in Livigno and 60/180cm in Alta Badia.

However, the most impressive snow depths are in the west, where there is 200/380cm in Cervinia and 145/250cm in Courmayeur.

Expect some very cold weather next week, but not before there has been some significant snowfall in the west, especially in the southern Piedmont (i.e. Sestriere southwards). 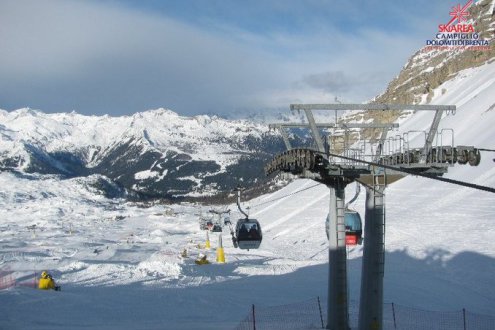 A little fresh snow in Sauze d’Oulx, and more in the forecast – 22 February 2018 – Photo: vialattea.it

Snow conditions remain very good across most of Switzerland, especially on-piste. The deepest snow remains at altitude, and in the west where Zermatt has 140/340cm and Crans Montana has 65/355cm.

The deepest snow of all (across the whole of the Alps) remains in Engelberg where there is a whopping 642cm up top on the Titlis glacier.

Expect some snow in the far south (e.g. Zermatt) over the next couple of days followed by a period of intense cold. 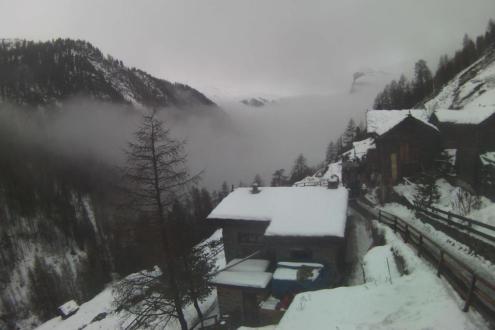 Most of the Pyrenees are in great shape thanks to recent snow. There isn’t much more in the short term forecast but it will turn increasingly cold which will preserve the quality, especially on-piste. Andorra’s Arcalis currently has 170/240cm depending on altitude, while Spain’s Baqueira Beret has 170/250cm.

All five main Scottish resorts are open and well covered though conditions are described as hard-packed. The deepest bases are in the west, where there is a very impressive 160/265cm depending on altitude in Glencoe.

Scandinavian resorts are also offering plenty of good skiing though it will turn exceptionally cold next week. Norway’s Geilo currently has 120cm of snow packed down on its upper slopes, while Sweden’s Åre has 90cm. 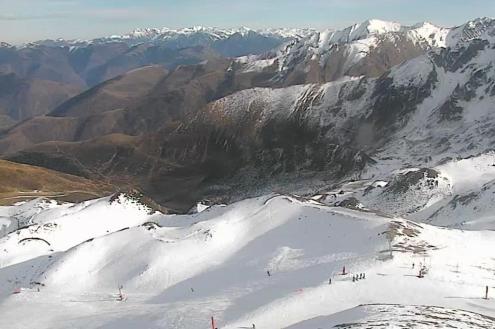 Lots of fresh snow in the French Pyrenees. This is Peyragudes – 22 February 2018 – Photo: snow-eye.com

Snow conditions continue to improve in both Utah and Colorado after what has been a disappointing season to date. Alta (203cm upper base) has seen 83cm of snow in the last seven days and has plenty more in the forecast. Aspen also has fresh snow on a 114/180cm base.

That said, the best conditions remain further north, where there is some fabulous skiing on offer in Jackson Hole (180/254cm), and more significant snow is forecast over the next week.

Most western Canadian resorts have not seen a huge amount of new snow in recent days but it has been cold, meaning that the pistes are in excellent condition in Whistler (294cm upper base) and further inland in Lake Louise (203cm upper base).

It will remain cold in both resorts (but especially Lake Louise) this weekend with some flurries from time to time. 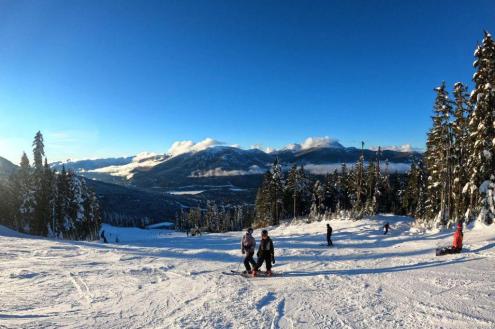 Next full snow report will be on Monday 4 January 2016,