Snow conditions are exceptional for the time of year across many central and southern parts of the Alps, including:

All these areas have between 1.2m and 3 m of level snow at altitude, which will now allow them to have a great start to the season, although the snowfall has been disruptive in places, notably in the Osttirol and Sudtirol.

Further north, snow conditions are generally unremarkable, although some parts of the northern Alps do also have very good snow, including Val d’Isère and Tignes.

Most of the northern Alps have continuous snow cover above about 1000-1200m, but with generally quite modest snow. This is not at all unusual for the time of year, so no particular cause for concern at this stage.

Snow cover is exceptional across some parts of Austria, especially in the centre, the south and/or close to the Italian border. Of the entirely non-glacial resorts, Obergurgl stands out as the best of the bunch, with about half of its ski area open and a staggering 105/210cm of settled snow depending on altitude.

Nearby Sölden (40/270cm) is another great option, as are any of the glaciers, most of which have quite staggering amounts of snow for mid-November. Stubai currently has 250cm up top, while Hintertux has 175cm.

Further north, snow cover is generally more modest and there is still relatively little open. Among the better bets is Schladming (20/40cm), where eight pistes are now open. 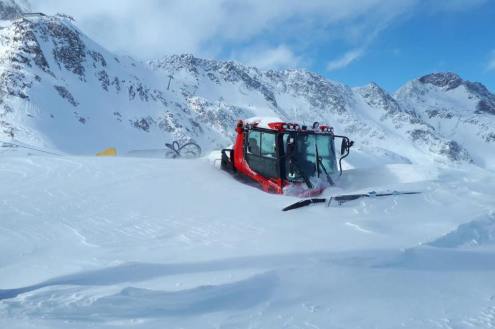 2.5m of settled snow already on the Stubai glacier, which was forced to close for a while earlier this week due to having too much! – 19 November 2019 – Photo: facebook.com/Stubaiergletscher

There is decent snow cover for mid-November across the entire southern half of the French Alps (e.g. Serre Chevalier, Risoul, Les Orres), even if nothing is officially open yet. Among the first will be Isola 2000 (on 30 November) where there is already around 1.5m of level snow up top.

Snow depths are generally more modest (relative to altitude) further north, with some exceptions, such as the Val d’Isère/Tignes area where there is already 40/130cm depending on altitude. Tignes is still the only lift-served skiing option in France right now, open top to bottom via its long Double M run to Val Claret.

Val Thorens will be the next major northern French resort to open (on 23 November) and has plenty of snow at altitude, even if cover remains a bit thin lower down in the 3 Valleys ski area.

Roughly speaking, the further north you go in the French Alps the less snow there is relative to altitude. Chamonix, the Grand Massif and the Portes du Soleil, for example, all do have some snow but will need much more before they can count on a bumper start to their season. However, this is not at all unusual for mid-November so nothing to be overly concerned about at this stage. 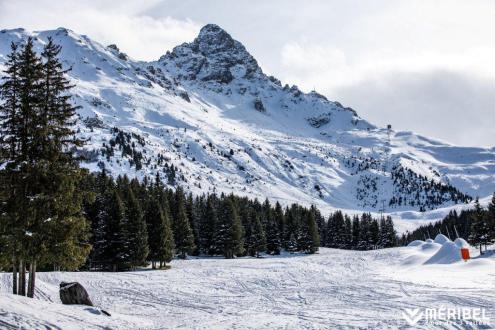 There is some snow in the 3 Valleys, but more is still needed lower down. This is Méribel – 19 November 2019 – Photo: facebook.com/Meribel3Vallees

On the whole snow cover is highly impressive for mid-November across the Italian Alps, and exceptional even in many areas.

One such region is the Dolomites where there is between 1.2m and 3m of level snow at altitude, ensuring that they will have a great start to the winter. There isn’t much skiing open yet apart from in Madonna di Campiglio (Brenta Dolomites), where base depths are 60/150cm depending on altitude, but most of the SuperDolomiti ski area (e.g. Selva, Alta Badia) is set to join proceedings on either 23 or 30 November.

Further west there is also masses of snow in Livigno (officially opening on 30 November) and the Monte Rosa region (opening on 23 November).

Right now, though, Italy’s best resort is Cervinia (80/265cm) where skiing is already possible right down to the village. 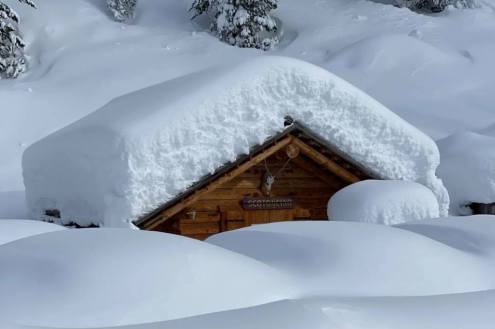 Deep early snow in the Dolomites. This is San Cassiano – 19 November 2019 – Photo: facebook.com/RifugioScotoni

Snow conditions in the southern Swiss Alps are exceptionally good right now, especially close to the Italian border. Zermatt (60/100cm) and Saas-Fee (95/155cm) are as good as anywhere, even if their ski areas are still only partially open.

Further north, snow cover is generally more modest, with 20/40cm in Verbier, and 27/68cm in Davos/Klosters, both of which are currently only open at weekends and on a limited basis. One northern Swiss resort that does have more snow is Engelberg (25/130cm), where the skiing is now open daily.

Lots more openings are planned this weekend right across Switzerland, one of the more interesting being the Corvatsch area of St Moritz which has seen a lot of snow in recent days. 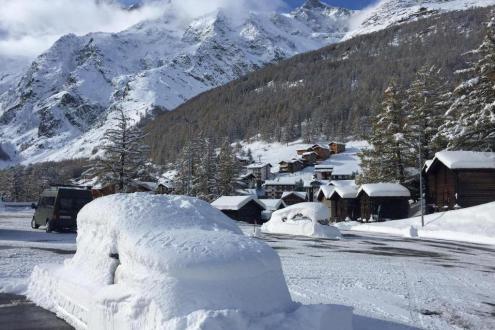 Saas-Fee has been hit by a succession of storms this November – 19 November 2019 – Photo: facebook.com/SaasFee

Our next full snow report will be on Friday 22 November 2019,