There has been a lot going on in the Alps since last week’s snow report. The incredible storm cycle, which delivered between 3m and 4m of snow to some north-eastern parts of the Alps since the turn of year, finally came to end early on Tuesday. However, the clear-up operation is still in progress, and the risk of avalanche remains high across the northern Alps.

There are exceptional snow depths right now in Austria (excluding the southern provinces of Carinthia and Osttirol) and eastern Switzerland (roughly east of, and including, Engelberg and Andermatt). Most other parts of Switzerland (excluding Ticino in the far south) and the northern French Alps are also in good shape thanks to the recent snow, but they generally do not have exceptional snow cover. In fact, most French ski resorts still have less snow than they should do at this point in the season.

On the whole, the southern Alps have seen very little snow for some weeks now. Bits and pieces have got through here and there, notably close to the Swiss border (e.g. Cervinia, Livigno), and high resorts are still in good shape. However, more snow would be welcome to avoid problems when the strength of the sun becomes a factor later in the season.

Watch out for a big drop in temperature right across the Alps next week - indeed current weather models suggest that it could be seriously cold later next week.

Meanwhile, across the pond, most western US and Canadian ski areas are in very good shape right now…

With the exception of some parts of the south (e.g. Nassfeld), most Austrian ski resorts have a huge amount of snow, so what better time to visit some of the lower resorts such as Saalbach (110/250cm) and Zell am See (100-260cm).

Further light or moderate snow is due across most Austrian ski resorts tonight. 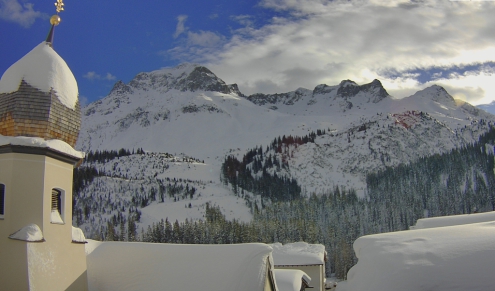 Clouding over in Lech this evening with snow expected overnight – 17 January 2019 – Photo: lech.com

Snow conditions have generally been very good in the French Alps this week, especially in the north where there was significant fresh snow last Sunday and Monday. Megève currently has 30/130cm of snow depending on altitude, while La Rosière has 120/250cm.

There has been little or no fresh snow in recent days further south, but Serre Chevalier is offering some excellent piste skiing with 30/160cm of snow depending on altitude.

Some new snow is falling across the French Alps again this evening, most of it in the north (e.g. Portes du Soleil). 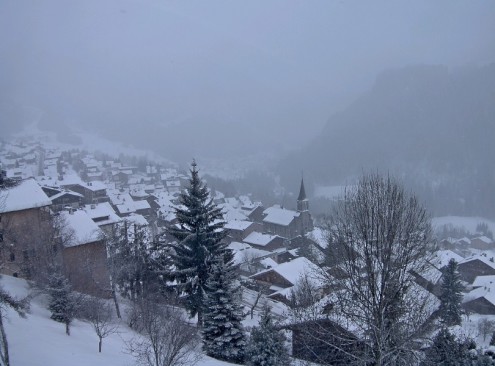 Most Italian ski resorts have missed out on the heavy snow that has been pounding the northern Alps since the turn of the year, but there is still some good skiing on offer.

High resorts such as Cervinia (85/190cm) and Passo Tonale (30/230cm) remain in excellent shape thanks to the big snowfalls earlier in the season. 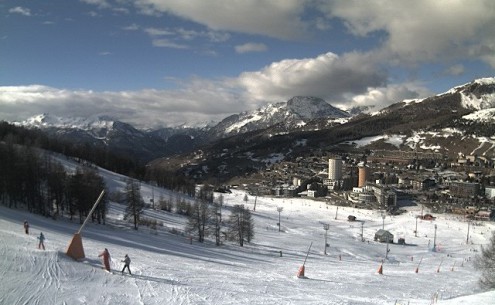 Most Swiss ski resorts are in excellent shape thanks to the recent snowfall. The heaviest of this snow fell in the central and eastern Swiss Alps where base depths are now 125/260cm in Arosa and 55/500cm in Engelberg. 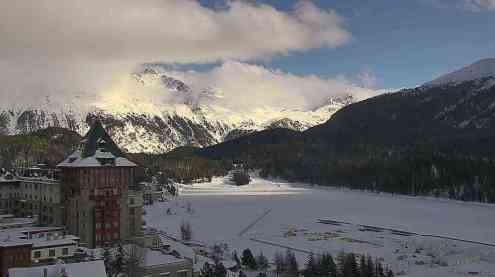 Snow conditions have gradually been improving across the Pyrenees in recent days, with bits and pieces of snow, and more in the forecast next week. Depths remain modest for the time of year, but things are certainly looking up in both Spain’s Baqueira Beret (35/65cm) and Andorra’s Grandvalira (10/50cm).

There is plenty of good skiing on offer across Scandinavia right now, some of the best being in Norway’s Voss (40/85cm) where heavy snow is forecast later tomorrow and on Saturday. Sweden’s Åre (33/44cm) also has some snow in the forecast, albeit in more modest quantities.

The weather in Scotland is turning more wintry, but there is still insufficient snow for any proper skiing.

Snow conditions remain excellent across most of Colorado where Vail (121cm upper base) has seen 15cm of fresh in the last 24 hours, and has more in the forecast.

Further west, Utah’s Snowbird (165cm upper base) and California‘s Mammoth (228cm upper base) also have fresh snow, and will be skiing superbly once the weather settles again.

There is plenty of snow in the forecast for Whistler over the next few days, which will further deepen its already healthy 242cm mid/upper mountain base. Watch out for a little rain at village level, but it will turn colder again next week.

Further inland, good skiing conditions can also be found in the Lake Louise/Banff area (111/159cm), where some light flurries are forecast over the weekend. 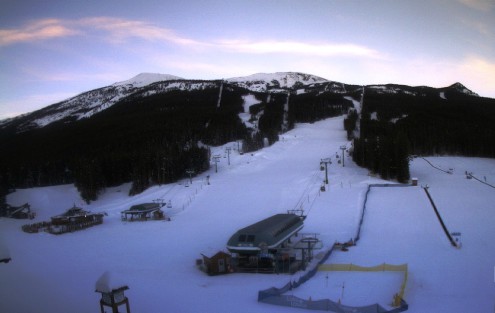 Our next full snow report will be on Thursday 24 January 2019,