Snow conditions in the Alps are above average for the middle of November, with (generally speaking) plenty of snow at altitude and at least 35 ski areas now partially open.

The two main exceptions are parts of the southern French Alps away from the Italian border (e.g. Orcières-Merlettes, Super-Devoluy) and parts of the Aosta valley in north-western Italy (e.g. Cervinia), which have less snow than elsewhere in the Alps, and only patchy snow cover at altitude.

The question on everyone’s lips now is will it last?

Let’s not forget that this time last year we had a lot of snow across some parts of the Alps, only for much of it to disappear over subsequent weeks. One thing that is for sure is that it will snow again as early as this weekend, mostly across the northern and eastern Alps and heaviest in Austria.

Thereafter there is still lots of uncertainty, but a lengthy spell of warm weather (as we saw last year) seems highly unlikely at this stage. The snow is also much more widespread now than it was last November when significant snow was mostly confined to the western and north-western Alps.

All in all, while we still can’t promise a bumper early season in the Alps, there is plenty to be positive about at this stage…

Austria has the greatest number of skiing options open right now, many of which involve glaciers, but with some notable exceptions. Chief among these is Obergurgl (45/150cm) where 99km of pistes are open today and conditions are superb.

Other top options in Austria include Sölden (5/180cm) which has 61km of open pistes and Hintertux (105cm upper slopes) with 45km. Ischgl opens on Thursday 23 November and is likely to eclipse Obergurgl in offering the greatest extent of open pistes in the Alps.

Given the good snow cover in Austria, and more snow in the forecast this weekend, expect lots more openings here over the next couple of weeks. 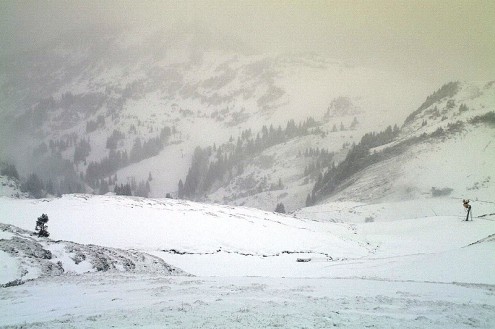 Getting ready for opening in Ischgl on 23 November 2017 – Photo: ischgl.com

Tignes (35/80cm) remains the only option for lift-served skiing in France right now, with five lifts open on the glacier. Watch this space though as the run back to resort (Val Claret) may be opening soon.

Elsewhere in France, Courchevel opened for a special one-off yesterday but the next major opening is Val Thorens (60-80cm) this weekend.

Given the recent snow, a number of other resorts are also likely to open albeit only partially. A dusting of new snow is also possible across the northern French Alps on Sunday, but not as much as is expected in eastern Switzerland or Austria. 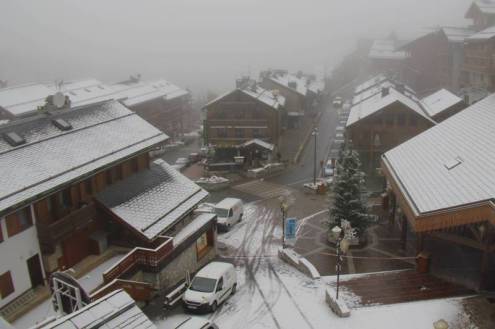 Cervinia (0/110cm) is the highest profile Italian resort currently open for business, but it doesn’t have the best snow and all the action is confined to its glacier.

For better conditions, head further east to Val Senales (20/100cm) or non-glacial Sulden am Ortler (40/80cm), the latter of which offers 43km of pistes right now.

A dusting of snow is likely close to the border areas later this weekend otherwise there is no significant snow in the forecast for Italy for the time-being. 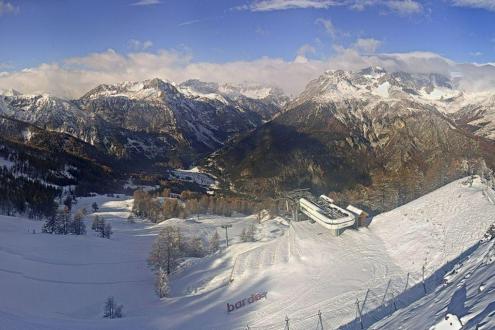 Switzerland has good snow cover for the middle of November, which has allowed a number of resorts to partially open. These include Verbier (0/40cm) and Davos (20/75cm), the latter of which will open daily from Friday 17 November, after the last two successful weekends.

For now, the greatest extent of open pistes remains in Zermatt, where 33km of pistes are available including some non-glacial terrain down to Furgg. 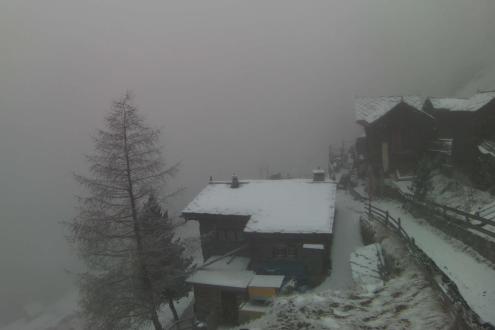 The Pyrenees have also seen some snow in recent days which has prompted several resorts to consider an early opening. The highest profile of these is Baqueira Beret where 25km of pistes will be open from Saturday.

A handful of Scandinavian resorts are also operational including Finland’s Ruka (40cm upper base) which currently has six lifts running.

A number of western US resorts are already partially open though generally with considerable artificial help.

That said, the Pacific north-west is in the middle of a big storm right now with base depths of over 1m expected on the upper slopes of Mt Baker once the weather settles down.

Further south, Colorado’s Breckenridge has two runs open on a 46cm upper base, with further snow forecast on Friday.

Thanks to good snow cover, and plenty more snow falling this week, Whistler has decided to open early tomorrow. Right now the upper mountain base is well over 1m and rising.

A number of other resorts further inland are already partially open including Lake Louise (57cm upper base).

Our next full snow report will be on Monday 20 November 2017, but see Today in the Alps for daily updates