A lot of snow has fallen across the Alps in recent days, especially (but not exclusively) across the southern Alps.

With some exceptions (e.g. Val d’Isère/Tignes) the northern half of the Alps has seen more modest nowfalls but, even here, there is generally quite a bit of snow at altitude, and lower down in places too.

All in all, we can say with absolute certainty that most high (and a good number of low) resorts in the central and southern Alps already have enough snow for a good early season.

Snow cover is generally very impressive for mid-November across Austria. The deepest snow is at altitude close to the main alpine ridge and/or the Italian border.

Obergurgl (95/190cm) opened yesterday with unbelievable snow cover for the time of year and yet more in the forecast. Nearby Sölden (20/210cm) is also in great shape, with more runs opening all the time.

Glaciers aside, snow cover is generally a bit more modest on the northern side of the Austrian Alps. Lech and St Anton (due to open in a fortnight), for example, have some snow, especially at altitude, but more is still needed here to ensure a bumper start to the season. 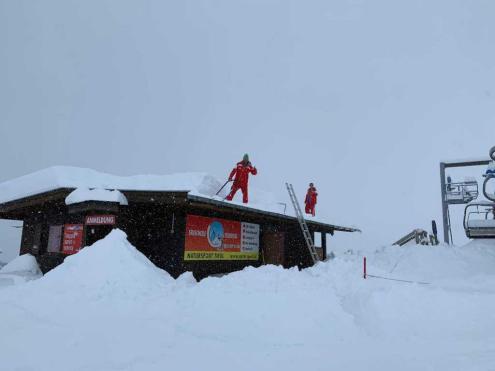 Over 1 metre of new snow this week in Hintertux – 15 November 2019 – Photo: facebook.com/Hintertux.Gletcher

The southern French Alps have seen a lot of snow in recent days even if there is no lift-served skiing available at the time of writing. It’s all good news for the likes of Serre Chevalier, Risoul and Isola 2000 though, which should be in good shape once things kick off in a few weeks’ time.

Further north, there has also been some snow albeit generally in more modest quantities. Exceptions to this are Tignes/Val d’Isère, Bonneval-sur-Arc and Val Cenis, all of which benefited from heavy snow spilling over the Italian border during yesterday’s storm.

Tignes is still the only ski resort currently open in the French Alps, and can offer fabulous early season snow conditions, with 55cm of settled snow in resort and 145cm up top! 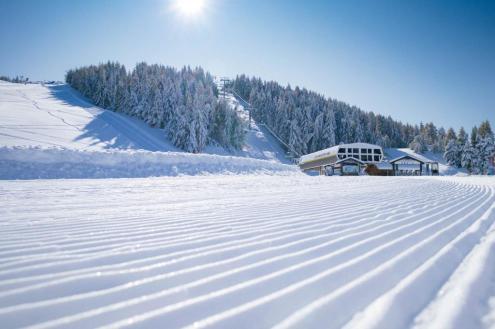 Huge snowfalls in the southern French Alps. This is SuperDévoluy (not yet open) – 15 November 2019 – Photo: facebook.com/Devoluy

Cervinia, for example, has seen over 1m of new snow at altitude in the last 24 hours alone and is by far the best option in the Italian Alps right now, with settled snow depths of 70cm in resort and 255cm up top. Nearby Monte Rosa has also seen huge snowfalls and is expected to open (at least partially) soon.

Elsewhere in Italy there are only a few lifts open here and there, but there is still the potential for a great start to the season. The Dolomites have seen 1-2m of snow at altitude this week and are in their best early shape for at least a decade.

Madonna di Campiglio (55/120cm) has already opened a handful of runs, and we most resorts in the Dolomites (including those in the Super Dolomiti region) are expected to open in a couple of weeks’ time. 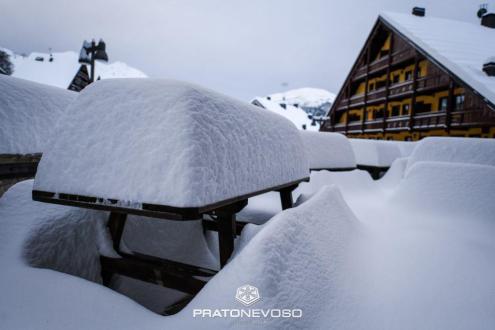 There have been huge snowfalls this week in the southern Swiss Alps where Zermatt, for example, has 40cm of new snow in town and over 1 metre up top. Settled snow depths are now 55/130cm depending on altitude, and the prospects for the start of the season are excellent.

It’s a similar story in the neighbouring valley of Saas-Fee (60/100cm) where the access road has even had to close today due to the risk of avalanche.

The south-east of Switzerland also has deep snow right now - good news for St Moritz which officially opens towards the end of the month.

Further north, snow cover is generally a bit more modest, but one or two resorts are already partially open including Davos/Klosters where base depths are 5/45cm depending on altitude. 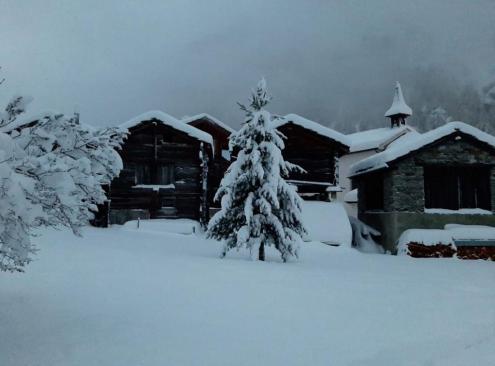 Our next full snow report will be on Monday 18 November 2019,