Snow cover in the Alps remains excellent for mid-March, especially at altitude where base depths still exceed 5m in a number of locations. Snow quality, on the other hand, is more variable - not surprising given the changeable weather and, in particular, the fluctuating temperatures.

Earlier in the week the areas that saw the most snow were the north-western Alps, especially the northern French Alps (e.g. Avoriaz, Flaine). Now it is the southern Alps (e.g. Les 2 Alpes, Serre Chevalier, Isola 2000, Sestriere, Alagna, Passo Tonale) that are seeing the very heaviest falls. The north-eastern Alps (e.g. Kitzbühel, Schladming), by contrast, have seen very little snow this week. However, it will turn much colder everywhere over the weekend, with further snow in places.

Across the pond, some parts of Utah and California have seen significant snow this week but many western US and Canadian resorts have had a relatively quiet week.

Snow conditions remain pretty good across most of Austria even if some low resorts have felt a bit spring-like at times this week.

The best conditions are naturally at high altitude with snow depths of 105/241cm in Obergurgl and 200/250cm in Obertauern. Lower down, however, there is still a perfectly healthy base in both Söll (70/150cm) and Saalbach (70/180cm).

Expect much colder conditions this weekend with snow flurries to increasingly low levels. 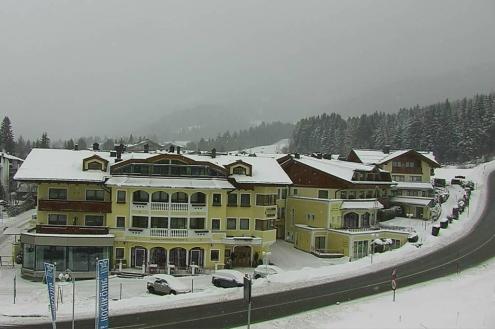 Less new snow for the northern and eastern Austrian Alps in recent days. This is Kitzbühel – 15 March 2018 – Photo: kitzbuehel.com

Most of the French Alps have seen fresh snow today, though there has also been some rain at low altitude. The heaviest snow has fallen in the southern French Alps, where Serre Chevalier now has a very impressive 100/370cm of settled snow, and Isola 2000 has 220/325cm.

Further north, Avoriaz (285/425cm) has also seen plenty of snow this week though relatively mild weather (and some rain) does mean that cover is thinning at resort level in Morzine (50/200cm).

Expect it to turn colder over the weekend with further snow at times. 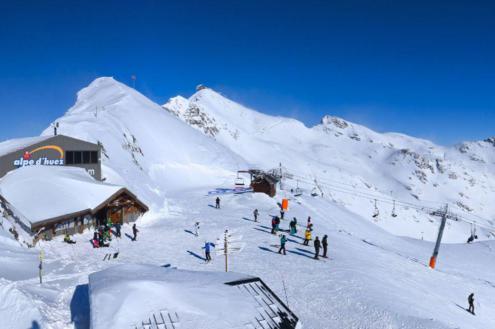 Lots of new snow in the southern French Alps. This is Les Orres – 15 March 2018 – Photo: lesorres.com

One resort that is doing particularly well right now is Passo Tonale (60/250cm), but fresh snow has also been falling further west in Sestriere (90/210cm) and further east in Arabba (135/158cm).

Expect it to turn colder over the weekend with further snow showers for many. 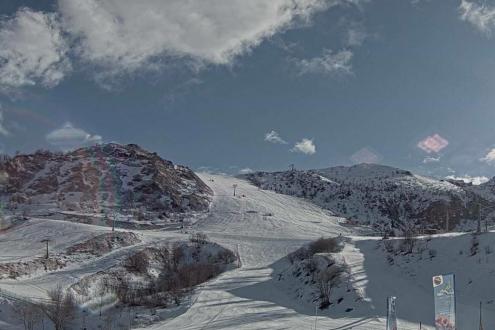 Snow conditions remain excellent across most Swiss resorts, however fluctuating temperatures and Foehn winds have led to more variable snow quality in some low resorts, especially in the north.

One such resort is Wengen (26/170cm), which is largely in good condition but thinning a bit very low down. Higher up, snow conditions remain superb at all levels in Saas-Fee (120/450cm).

Expect much colder conditions over the weekend, with further snow showers to increasingly low levels.

Snow cover across the Pyrenees remains excellent, with further snow in the forecast over the next few days. Andorra’s Soldeu has 110/190cm depending on altitude, while Spain’s Baqueira Beret has 170/250cm.

Snow depths are particularly impressive across Scotland right now, even if wind is causing havoc with operations. Expect some good skiing in both Glenshee (120/160cm) and Cairngorm (90/140cm) once things calm down a bit.

Scandinavian resorts have not seen a huge amount of snow in the last week but, on-piste at least, conditions remain good in both Norway’s Geilo (110/120cm) and Sweden’s Åre (115cm upper slopes). 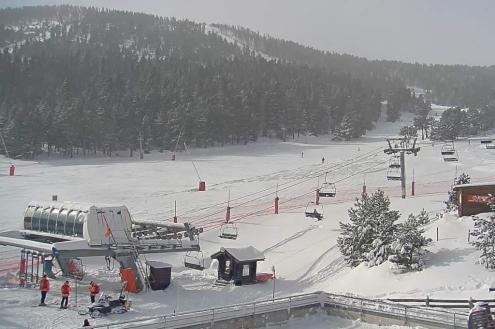 Most resorts in Colorado and Utah have seen a little snow today, and more is forecast over the weekend. Snow depths remain below par across the board but, on-piste at least, there is some perfectly enjoyable skiing to be had, with 114cm packed down at altitude in Vail and 107cm in Park City.

Further west, California’s Mammoth (191/330cm) has seen rather more snow in recent days, and another significant storm is forecast on Friday.

Further inland, Lake Louise (147/196cm) has seen a decent fall of snow today which means that conditions are likely to be excellent over the next few days, especially as temperatures are set to remain relatively cool. 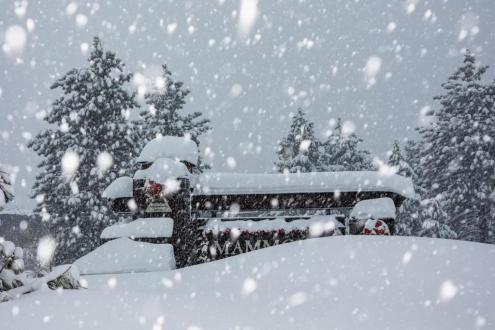