Generally speaking, snow conditions in the Alps remain excellent. However, with a very unsettled few days of weather expected, skiing this week will be challenging at times, with heavy snow and high winds likely to lead to some lift closures.

One the whole, the deepest snow is in the western Alps, where resorts such as Flaine, Chamonix, Les Arcs, Tignes and Cervinia all boast 3m or more of settled snow at altitude.

By contrast, relatively mild temperatures, Foehn winds and some rain over the last couple of weeks does mean that the snow is now quite thin at low altitude in some north-western parts of the Alps (e.g. Morzine, Wengen). It should be stressed that there is still lots of snow at altitude in these resorts and that the skiing remains good, it is just at resort level that the snow is now patchy.

For most of the Alps snow depths are considerably above average with more snow expected this week. The heaviest snow will fall in the northern and western Alps, with between 1m and 1.5m (and more in places) expected above 1800m between now and the weekend in the likes of Tignes, Les Arcs, Flaine, Chamonix, Verbier, Engelberg and St Anton.

Across the pond, things are improving in some western US resorts but Canada is still leading the way…

Snow conditions remain good across Austria with generally above average base depths, especially at altitude and in the west. Here, both Sölden (10/265cm) and St Anton (80/230cm) have impressive upper depths but the wild weather forecast this week is likely to lead to some lift closures.

Lower tree-filled resorts such as Söll (45/120cm) and Schladming (80/120cm) are probably better short-term bets, but watch out for some rain lower down, especially mid-week. 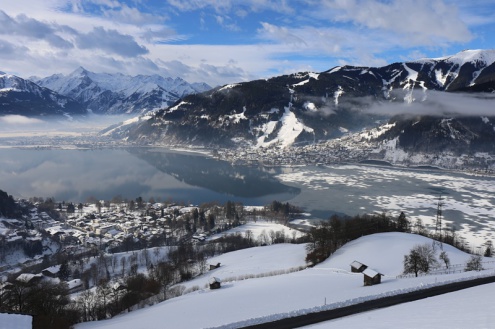 Snow conditions have been superb across most of the French Alps in recent days.

However, stormy weather this week will make things trickier, particularly in the higher resorts where high winds and heavy snow are likely to close lifts.

Val Thorens (190/210cm) is one such resort, and might need to wait a while before the fabulous early season conditions can be appreciated again. For these reasons, Serre Chevalier (70/210cm) may be a better short term bet. 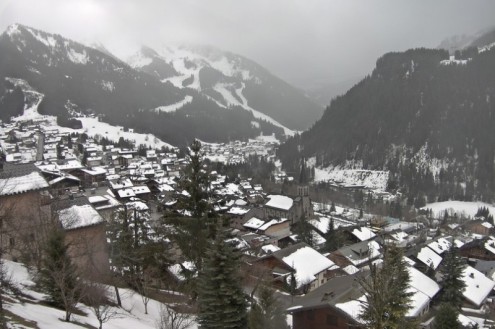 Clouds gathering to the west of Chamrousse signalling a major change in the weather tonight – 15 January 2018 – Photo: chamrousse.com

Snow conditions are generally excellent across the Italian Alps with the deepest cover at altitude in the north-west. Cervinia now has base depths of 90/300cm while Champoluc has 130/250cm. However, these higher resorts are likely to experience some inclement weather at times this week with high winds closing some lifts.

The far eastern Alps (e.g. the Dolomites) are less likely to be impacted by the weather this week, which makes the likes of Alta Badia (70/180cm) a decent short term bet. 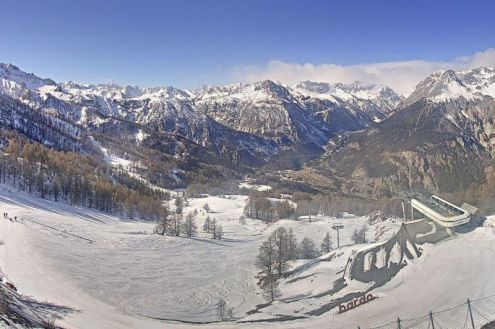 Snow depths remain above average across most Swiss resorts, and even exceptional at altitude in the south-west in the likes of Zermatt (150/300cm) and Saas-Fee (105/365cm).

Snow cover is more modest on the north-western side of the Swiss Alps but there is still lots of good skiing to be had in Grindelwald (5/160cm) and Villars (40/135cm).

Watch out for some very unsettled weather right across Switzerland this week, with high winds and heavy snow likely to disrupt lift operations at times. 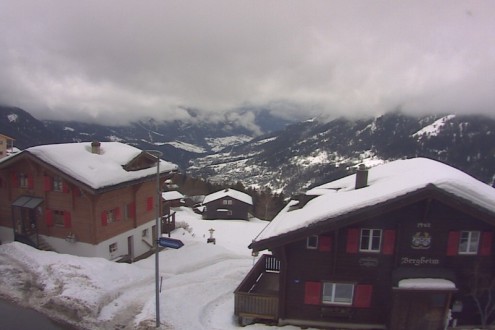 Conditions in the Pyrenees are generally good, with around 10cm of new snow in recent days in Andorra’s Arcalis where base depths are now 80/145cm depending on altitude. On the Spanish side, Formigal (70/230cm) is also in good shape.

Scandinavia has lots of good skiing on offer right now with impressive depths of 60/150cm in Norway’s Geilo where they received 5cm of fresh snow yesterday. Over in Sweden, Sälen hasn’t seen any snow in the last week but the upper base depths here remain at a healthy 97cm.

Scottish ski areas all have snow and are operational, weather-permitting. Glencoe (30/40cm) is experiencing plenty of snow showers today with another 40-50cm in the forecast this week. 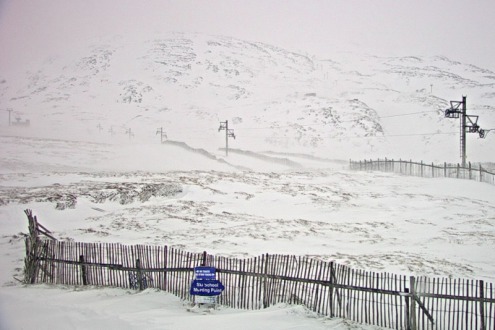 Most Colorado resorts saw some snow over the weekend, often in quite modest quantities, but 20cm of fresh in Vail (81cm upper base) was enough to considerably improve conditions here following an unusually lean start to the season.

That was nothing though compared to California’s Mammoth (213cm upper base), where conditions are excellent following 90cm of new snow in the last seven days.

There is a lot of snow forecast in Whistler this week which will add to its current 184cm upper base.

Further inland any snowfall will be more modest, but conditions in the likes of Revelstoke (180cm upper base) and Big White (183cm upper base) are already favourable and will improve further both on and off-piste. 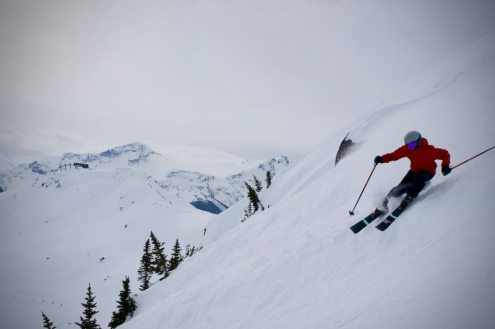 Our next full snow report will be on Thursday 15 January 2018, but see Today in the Alps for regular updates