Snow conditions in the Alps have been excellent across the board so far this half-term, with cold temperatures and plenty of sunshine. Things look very different today though, at least in the northern and western Alps where a warm front has introduced much milder air with rain to increasingly high altitudes.

The weather in the Alps is set to stay mild and unsettled over the next few days with a further mix of rain and snow, chiefly across the northern and western Alps. Generally speaking, the driest weather will be in the south-eastern Alps (e.g. Dolomites).

This milder, moister air means that snow quality in the Alps is now much more variable than it has been recently. There is some powder around at altitude but also some very wet snow lower down, especially in the northern French, northern and western Swiss Alps. In the short term, the best snow conditions are probably to be found in the eastern and south-eastern Alps (e.g. Nassfeld, Sella Ronda) where the weather is better.

Across the pond, snow conditions continue to be much better in western Canada than in the western US, where many resorts are still way under par.

Snow conditions are becoming more variable across Austria as milder Atlantic air moves in from the west. This will most affect the far west, bringing new snow at altitude today in St Anton (130/365cm), but also some rain lower down.

The weather is more stable further east and south, which means more consistent snow conditions for the likes of Nassfeld (55/165cm) where there will be little (if any) precipitation over the next day or two. 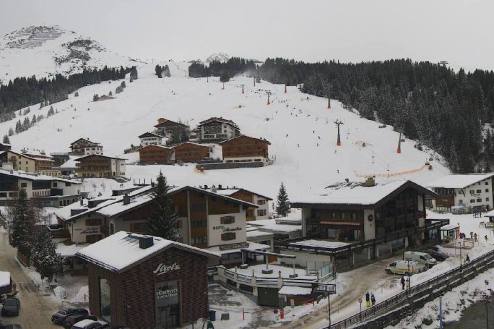 Rain is falling to 2000m across some northern and western parts of the French Alps, meaning that snow conditions have become much more variable today.

In the short term the best skiing can be found in the far south, where resorts such as Isola 2000 (115/205cm) have remained mostly dry and can offer more consistent snow quality. 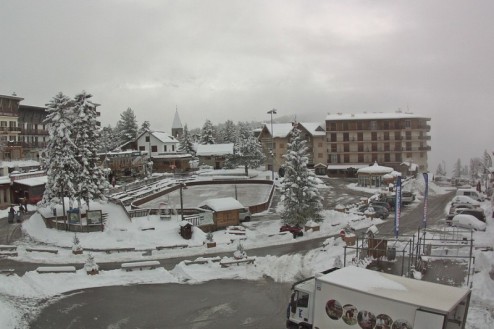 Snow conditions in Italy are becoming a little more variable with the arrival of milder air, but they will generally remain more consistent than on the northern and western side of the Alps.

Over the next couple of days some of the best piste skiing will be in the south-east where resorts such as Selva (50/130cm) will see little if any precipitation.

The weather is currently more volatile in the far west, with some snow at altitude but also some rain lower down in the likes of Courmayeur (150/260cm). 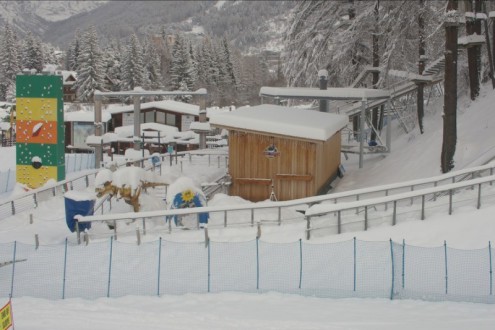 Better weather today in the Dolomites than in the north-western Alps – 15 February 2018 – Photo: kronplatz.com

Snow conditions are highly variable across the Swiss Alps with plenty of fresh snow for most today but also some rain lower down, especially in the north and west.

However, resorts more exposed to the north and west such as Verbier (95/340cm) and Mürren (128/420cm) are in a more varied state, with lots of snow high up but equally lots of rain lower down.

Snow conditions in the Pyrenees have been excellent this week but the weather has also now turned very mild, meaning more variable snow quality over the next few days, especially off-piste. On-piste there is still a lot of good skiing on offer in Spain’s Baqueira Beret (130/210cm) and Andorra’s Soldeu (100/130cm).

Scottish resorts are currently experiencing a very stormy period of weather but should offer some great skiing once things calm down, with plenty of fresh snow in Cairngorm (60/110cm) and Glencoe (120/185cm).

Norwegian resorts also have plenty of snow right now with the freshest conditions in the west, where Voss (90/260cm) is offering excellent skiing both on and off-piste. 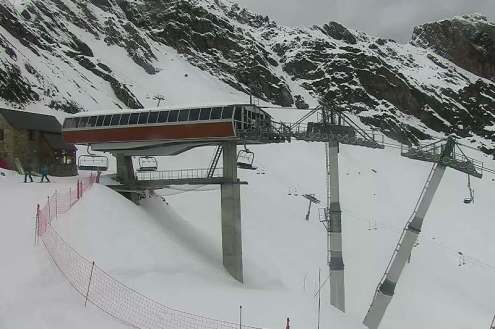 Snow depths remain below par in many western US resorts, meaning that off-piste opportunities are more limited than you would expect at this time of year in both Colorado’s Vail (117cm) and Utah’s Alta (165cm upper depth). There is still some decent skiing to be had on-piste though.

For better all-round snow cover you need to head further north, where Wyoming’s Jackson Hole has 157/234cm depending on altitude.

It’s snowing again in Whistler (287cm upper base depth) which will freshen thing up nicely after a lengthy period of dry weather. The sun will be back over the weekend though and it will stay fine and cold into the first part of next week.

Further inland, a little snow is also forecast for the Banff/Lake Louise area (227cm upper base) where conditions are also good but bitterly cold temperatures are expected early next week. 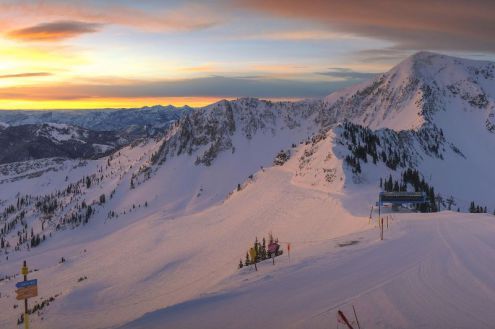 Our next full snow report will be on Monday 19 February 2018, but see Today in the Alps for regular updates