With the weather continuing in an unsettled mode, snow conditions in the Alps remain highly variable. There has been plenty of fresh snow over the last few days across the northern Alps, particularly in the north-west – i.e. the northern French Alps (roughly north of Grenoble), most of Switzerland (away from the far south) and western Austria.

These areas have seen snow to quite low levels, and will do so again on Thursday and Friday, though it may turn to rain below 1500-2000m in places on Friday, especially in areas exposed to the north and west. However, more sheltered internal valleys may hang on to a lower rain/snow limit.

With some exceptions, including areas close to the Swiss border, the southern Alps have seen little or no snow in recent days. Indeed, some southern resorts - especially those in the southern French Alps (e.g. Auron) and the south-western Italian Alps (e.g. Sauze-d’Oulx) - are now looking decidedly spring-like, with very little natural snow on south-facing slopes.

That said, the southern Alps can still offer plenty of decent piste skiing and will avoid the worst of the rain that is due to hit some northern parts of the Alps on Friday.

Across the pond, the western US has seen much more snow in the last week than western Canada…

Snow conditions have been pretty good in recent days, especially at altitude where (away from the far south at least) there has been plenty of fresh snow in recent days.

More snow is expected in many areas on both Thursday and Friday, but the rain/snow limit will rise to 1500m or so in places on Friday.

Lower down, resorts such as Saalbach (90/200cm) still have decent cover, but have more variable snow quality. 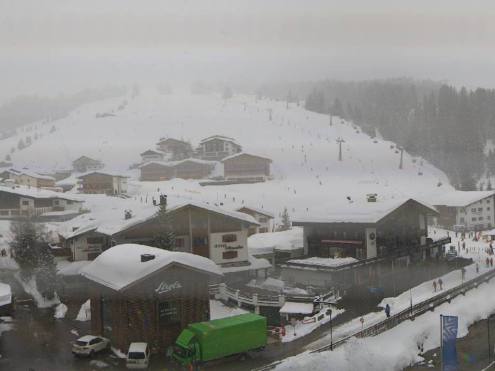 The northern French Alps (roughly north of Grenoble) have seen new snow in recent days, and have plenty more forecast for both today and tomorrow. However, rising temperatures may turn some of this snow to rain below 1500-1800m (and even higher in places) for a time on Friday.

Snow conditions in the northern Alps are therefore generally good, though it still pays to go high if you want to experience the most consistent snow quality and avoid any rain. Right now base depths are 120/243cm in Tignes 120/243cm, and 180/300cm in Avoriaz.

By contrast, the southern French Alps have seen little or no new snow in recent days. There is still some good piste skiing available in resorts like Risoul (50/90cm) but the atmosphere here is much more spring-like. 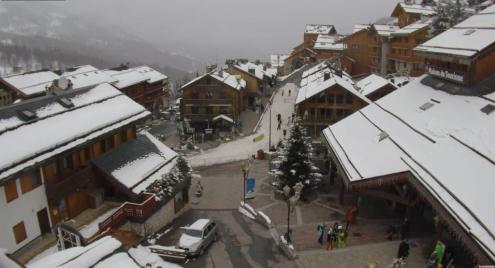 Snow conditions are quite mixed across the Italian ski resorts right now. Some high border areas are in excellent shape, such as La Thuile (40/250cm) and especially Cervinia (65/240cm) where it is snowing today.

However, many Italian resorts have not seen any significant snow for quite some time, meaning that lower resorts such as Sauze d’Oulx (30/60cm) and Courmayeur (40/150cm) are much more spring-like.

Most Italian resorts (aside from those in the high border areas) are not expecting any significant snow any time soon. 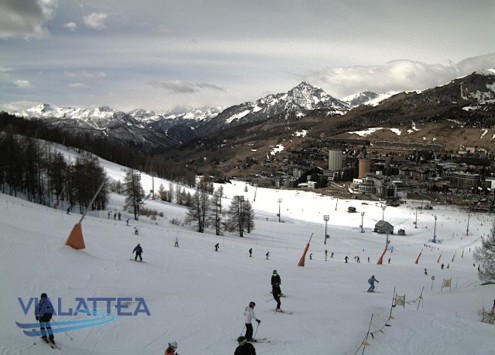 Spring snow conditions in the southern Piedmonte. This is Sestriere – 14 March 2019 – Photo: vialattea.it

Fresh snow has fallen across most Swiss resorts in recent days and, with more forecast both today and tomorrow, conditions are looking promising, especially at altitude.

For the most consistent snow quality you therefore need to consider resorts where most of the skiing is above 2000m, such as Zermatt (40/205cm) or Saas-Fee (45/215cm). 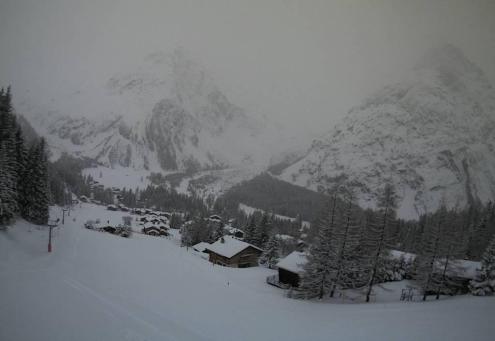 The Pyrenees saw a little snow earlier this week, but warm and sunny weather is expected at the weekend. There is still plenty of snow at altitude, at least, with 185cm up top in Baqueira Beret, but spring-snow conditions will prevail for the next few days before it (briefly) turns much colder early next week.

Scotland finally has lots of snow, meaning that there should be some great skiing on offer once a window in the weather appears. Glencoe, for example, currently has 85cm of settled snow up top, with more in the forecast both today and at times this weekend.

There is still some excellent skiing on offer in Scandinavia too. Norway’s Hemsedal is 100% open, with 110cm up top and more snow forecast later this weekend. Further north, Sweden’s Åre is also in good shape with an upper base of 87cm. 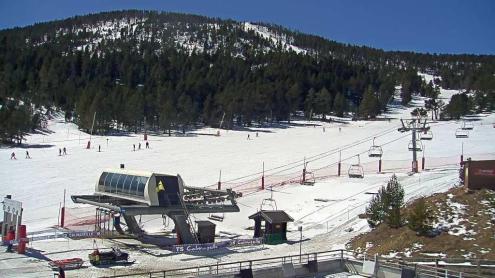 Spring-like conditions this weekend in the Pyrenean resort of Formiguères– 14 March 2019 – Photo: formigures.com

California is still holding on to the deepest bases though, with nearly 6m up top in Squaw Valley where around 70cm of snow has fallen since we reported last week.

Snow conditions in Whistler (259cm upper base) remain pretty good after 30cm of new snow over the last week. It will remain relatively fresh here over the next couple of days before temperatures rise significantly early next week.

It’s a similar story further inland, where there was a moderate fall of fresh snow earlier in the week in Lake Louise, where the upper base is 140cm deep. Cool conditions this weekend will give way to warmer more spring-like weather early next week. 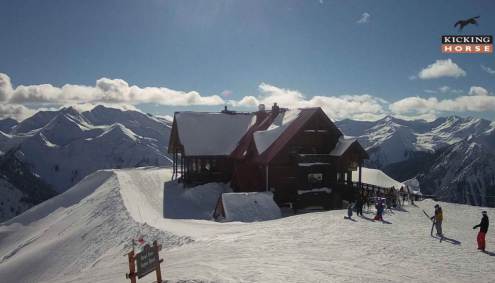 Our next full snow report will be on Thursday 21 March 2019,