Snow conditions in the Alps are generally much improved since we last reported. This is down to a major storm which dumped 40-80cm above 1800m across the northern half of the Alps, with 100cm or more in places. With some exceptions, the southern Alps saw less snow. However, as the southern Alps had the better conditions before this storm, the balance between north and south has now been nicely redressed.

The overall situation in the Alps is therefore pretty good right now, albeit not perfect. We must not forget that before this storm there was little if any base below about 2000m (and higher in places) across the northern Alps (e.g. Portes du Soleil, Jungfrau Region, Arlberg). This means that there is still lots of “debris” below the surface in many lower altitude areas, off-piste at least. The avalanche risk is also high in places – indeed there have already been some near misses in the French Alps.

Overall though, we can’t really complain too much right now. Conditions may have been better in December 2017, but last season was truly exceptional and let’s not forget that the three winters before that were virtually snowless, right up until the New Year.

Across the pond, early season snow conditions remain impressive in most western Canadian and US ski resorts…

Significant snowfall has transformed the Austrian landscape this week, especially lower down where it has been worryingly green until recently. Resorts that are now unrecognisable from just a few days ago include Söll (55/65cm), Saalbach (50/65cm) and even St Anton (80cm).

However, there is still a lack of a proper base lower down, which is an extra hazard to consider if venturing off-piste. For more impressive snow depths, and a really solid base, you need to head to ski areas with plenty of terrain above 2300m, such as Sölden (80/290cm) and Obergurgl (55/210cm). 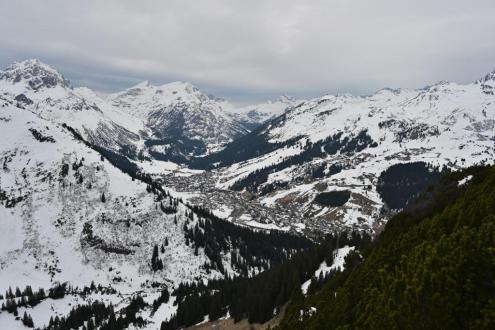 The lower Austrian ski resorts have been transformed by the heavy snowfalls this week. This is St Johann im Pongau – 13 December 2018 – Photo: skiamade.com

As in most other parts of the Alps, new snow has significantly improved snow conditions in many French ski resorts this week. This is especially the case in the north where there was little or no base below about 2000m before this storm, but Avoriaz (opening Friday) now has base depths of 40/100cm, and Méribel has 40/125cm.

For the best overall snow conditions, both on and off-piste, you can’t beat Tignes/Val d’Isère (80/140cm) right now, although the risk of avalanche is still considerable and (unless you know exactly what you are doing) a good guide is essential if venturing off the beaten track.

The southern French Alps are also offering some excellent skiing right now, even if they did miss the brunt of the most recent storms. Montgenèvre, for example, now has 60-120cm depending on altitude. 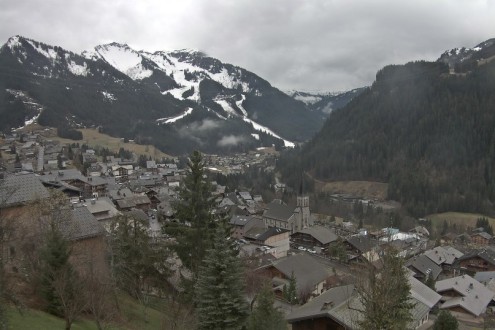 Looking good in Avoriaz ahead of its opening day tomorrow – Photo: avoriaz.com, 13 December 2018

Italian ski resorts generally saw less snow from the storms earlier this week, but many were already in mostly good condition, so any top-up was a welcome bonus. Cervinia is still the stand out resort, with base depths of 40/195cm depending on altitude. Further east, Bormio is also impressing with 40/120cm.

The Dolomites generally have slightly less snow but can still offer fantastic piste skiing, thanks to their world-class snow-making. Base depths in Kronplatz are 15/35cm, for example. 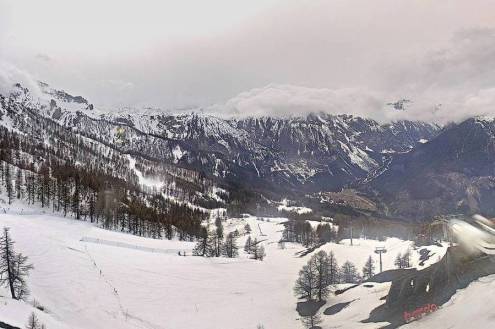 The new snow that fell earlier this week has significantly improved snow conditions across Switzerland, especially in the lower ski resorts of the north which had been rather threadbare until now.

Resorts that are now looking much more wintry include Champéry (40/100cm) in the Portes du Soleil, and Mürren (45/100cm) in the Bernese Oberland. 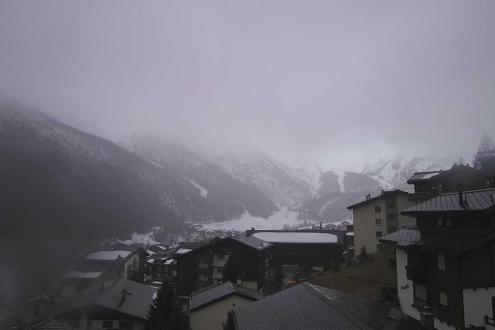 Much improved snow cover on the Swiss side of the Portes du Soleil. This is Champéry – 13 December 2018 – Photo: champery.ch

The Pyrenees have been experiencing a difficult start to the season with mild weather melting most of the snow that fell back in November. The good news, however, is that it is snowing moderately today in many resorts, but it probably won’t be enough to really ignite their season.

Andorra’s Granvalira has only 5/35cm of snow packed down on its pistes and has been heavily reliant on the snow cannons. Spain’s Baqueira Beret has also been looking threadbare with just 5/15cm. Expect a temporary improvement following today’s snow, but much more is still needed.

Meanwhile, snow cover remains patchy in Scotland where any skiing this weekend will be very limited – if it happens at all. 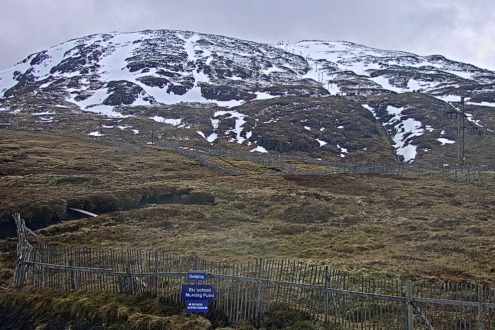 Further west, California’s Mammoth is 100% open and has 152cm packed down on its upper pistes.

Whistler (170cm upper base) is in the middle of a very unsettled spell with heavy snow at altitude but also some rain lower down. This stormy weather, accompanied by yo-yoing temperatures, is forecast to continue over the next few days.

Further east, it is also snowing at all elevations in the Banff/Lake Louise area (68/92cm) with some excellent skiing in prospect once the weather settles down. 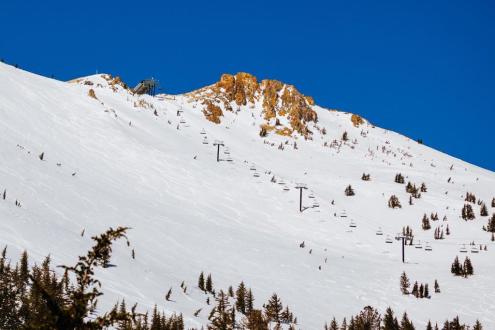 Next full snow report will be on Monday 17 December 2018,