It may be the middle of April but snow cover remains very impressive right across the Alps, at altitude at least. There is even some fresh snow in places, especially in the southern French and Western Italian Alps, where resorts such as Isola 2000, Prali and Bonneval sur Arc could be forgiven for thinking it was the middle of winter today!

It hasn’t been cold though, which means that natural snow cover is now patchy at low altitudes, especially in the northern and eastern Alps where it has particularly mild this week.

Across the pond, some big name resorts are already closed (or about to close) for the season, but good skiing is still possible both in Canada and the US…

Austrian ski resorts have not seen any significant snow in the last week, and spring has taken hold in the lower resorts. There is still plenty of piste skiing on offer in the likes of Kitzbühel (5/135cm), but there will be plenty of slush later in the day and little or natural snow lower down. 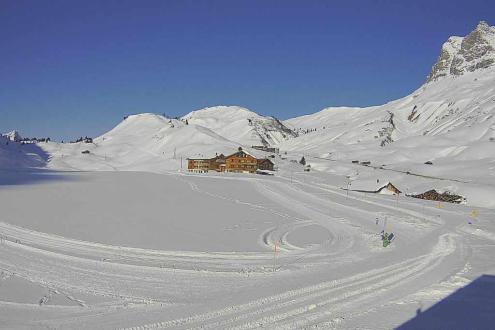 Snow conditions remain impressive across most of the French Alps for mid-April, with lots of fresh snow in the south, especially close to the Italian border from about Val d’Isère southwards.

It should be noted that most of the northern Alps have seen little if any new snow, with many low resorts now in full spring mode. You can still find some very good piste skiing in Châtel (40/210cm), for example, but natural snow cover is now patchy lower down. 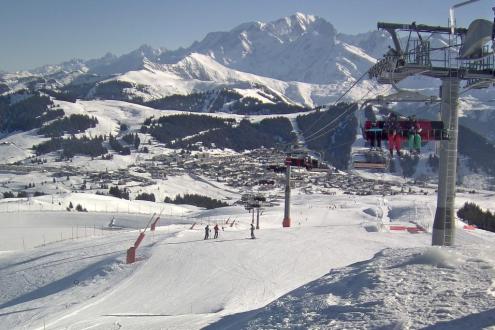 Many western Italian resorts have seen new snow this week, especially in the Piedmont, with more to come tonight and tomorrow. Sestriere has now closed for the season (despite masses of snow) but nearby Prali has amazing conditions right with deep powder and base depths of 200/240cm depending on altitude.

Of the better known western Italian resorts, Cervinia (205/400cm) is probably the best bet for a combination of snow and available terrain (at least once the weather clears).

Further east, conditions are less spectacular, especially in the lower resorts. You can still find some reasonable piste skiing in the morning in the Dolomites, but the atmosphere is definitely more spring-like and many resorts have already closed. Kronplatz is still open and has 10/70cm of settled snow, depending on altitude. 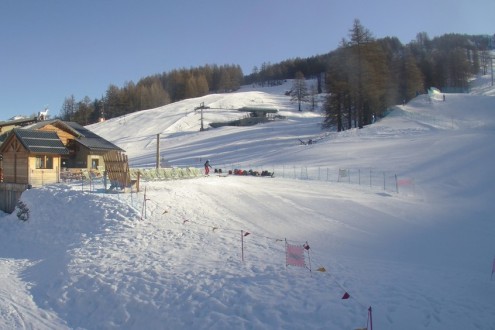 Big snowfalls in the southern Piedmont. This is Prali – 12 April 2018 – Photo: nuova13laghi.com

There is still some excellent skiing to be had in Switzerland, particularly at altitude, where the south-western resorts of Zermatt (80/360cm) and Saas-Fee (110/290cm) have both had a little snow spilling over the border from Italy.

The atmosphere is more spring-like lower down, but you can still catch some good piste skiing in resorts such as Wengen (0/171cm) and Klosters (70/249cm), especially in the morning.

Note that Engelberg now claims settled depths of 710cm up on its Titlis glacier, a figure we are not sure we have ever seen before in the Alps! 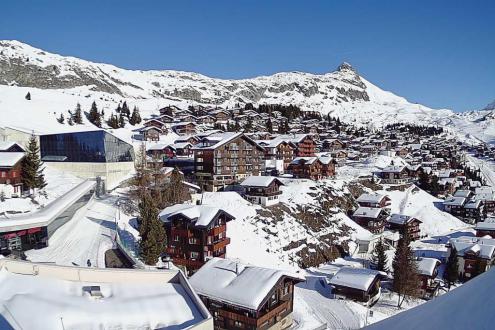 Many Pyrenean ski resorts have now closed, despite ample snow at altitude, however Andorra’s Arcalis (270/290cm) and France’s Cauterets (100/250cm) are both still open and saw 10cm of new snow today.

There is plenty of good skiing still available in Scandinavia, especially on-piste, where Norway’s Hemsedal has upper base depths of 190cm and Sweden’s Åre has 120cm.

All five main Scottish ski centres also still up and running, with spring snow conditions in Glencoe where snow depths are a very impressive 190/285cm. Cairngorm, meanwhile, has a more modest 20/70cm. 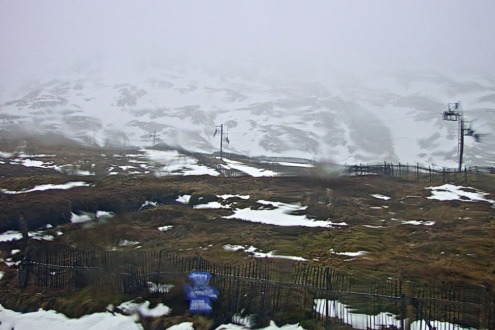 Masses of snow still at altitude in the Pyrenees. This is Piau Engaly – 12 April 2018 – Photo: piau-engaly.com

Many western US resorts are starting to wind down for the season but there is still some good piste skiing to be found both in Colorado, where Breckenridge has upper base depths of 191cm, and in Utah, where Alta has 224cm.

Jackson Hole (Wyoming) has now closed for the season but California’s Mammoth (406cm upper base) will continue for some weeks to come.

Whistler (303cm upper depth) has seen bits and pieces of new snow over the last week, rather than any significant falls, but there is a moderate dump forecast on Friday and conditions remain impressive for mid-April.

Good skiing can also be found further inland in the Banff/Lake Louise (147/232cm) area, where a little snow is also forecast this weekend. 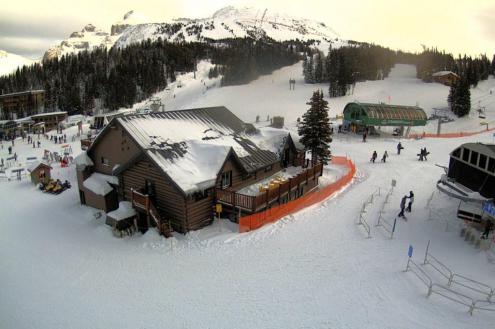 Next full snow report will be on Thursday 28 January 2016,