Generally speaking, snow cover in the Alps is better than average as we move into the middle part of December. However, snow conditions are quite variable right now.

Many parts of the Alps have seen huge snowfalls (especially in the west and south) but rain and high winds have also been in the mix, leading to huge variations in snow quality from one mountain to the next. That said, this is the best overall start to the season for five years and a massive relief for the ski industry, in view of the exceptionally poor starts to winter we have experienced in the last three years.

The higher resorts that have done best from the recent storm are those of the western Alps, including Tignes, Val Thorens and Verbier. The resorts of the Aosta valley, the northern Piedmont and Lombardy (e.g. Courmayeur, Cervinia, Monte Rosa, Madesimo), that had struggled a bit until now, have now also seen significant snow.

The areas that have not done so well in the last couple of days are the lower resorts of the north-eastern Alps (e.g. Kitzbühel, Saalbach). Here there is still plenty of snow, but lower down it has been thinning quite rapidly due to the warm Foehn winds.

Across the pond, the resorts of western Canada continue to lead the way, while much more snow is needed in some US states, especially Utah and Colorado…

Snow conditions in Austria have deteriorated a little in the last couple of days thanks to mild Foehn winds, which have melted some of the lowest lying snow. It’s all relative, however, and generally speaking snow cover remains good for mid-December, excellent even at altitude.

On-piste conditions remain very good in Lech, where settled snow depths are 80/110cm depending on altitude, but expect some wind-scoured slopes off-piste.

Further east, and a little lower, there is also plenty of snow in Saalbach (60/100cm) despite the warmer weather. 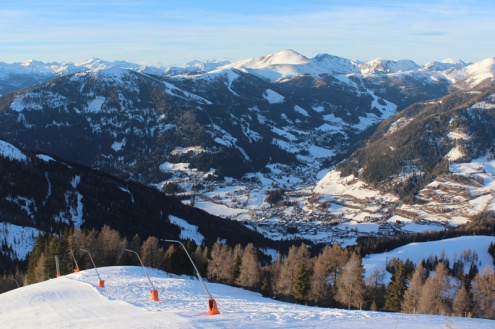 Milder with Foehn winds in Damüls today, but not for too long – 11 December 2017 – Photo: damuels.at

Most French resorts have seen large quantities of snow over the last few days, at least at altitude. There was also some rain for a time below 2000m which temporarily dampened spirits in some resorts.

In the northern French Alps, Val d’Isère/Tignes (110/170cm) have seen close to 1m since Sunday. The southern French Alps have also seen lots of snow, with base depths of 40/100cm in Serre Chevalier.

More snow is due over the next few days, falling to very low levels again by the end of the week. 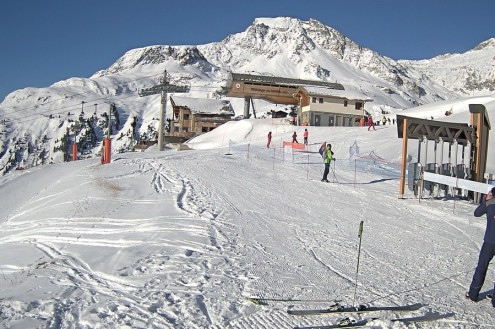 Many of the resorts of the central and western Italian Alps that hadn’t seen much snow this winter, have at last seen significant dumps. Both Courmayeur (30/150cm) and Cervinia (50/110cm) will now be offering excellent skiing once the current stormy weather abates.

Further east, snow depths are generally more modest in the Dolomites, but areas such as Selva di Val Gardena (5/50cm) also have some excellent skiing on offer, with some fresh snow. 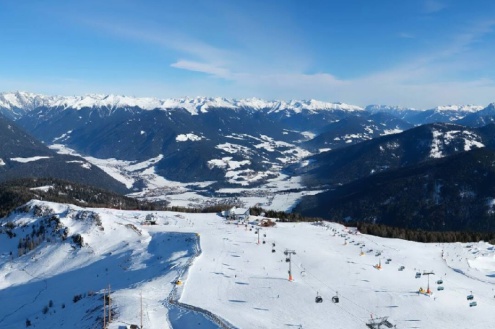 Snow cover remains excellent across most of Switzerland, even if some lower resorts have seen something of a thaw over the last couple of days, due to the Foehn.

The south-western Swiss Alps have seen huge snowfalls in the last couple of days. Verbier, for example, now has settled snow depths of 100/120cm depending on altitude. The heaviest snowfall will transfer to the far south on Monday night which means that St Moritz (40/80cm) will be in fabulous condition once the weather settles down.

Further north, the Foehn has thawed some of the lowest lying snow in Engelberg (30/340cm) but snow cover here remains excellent, with plenty of good skiing in prospect once the weather improves. 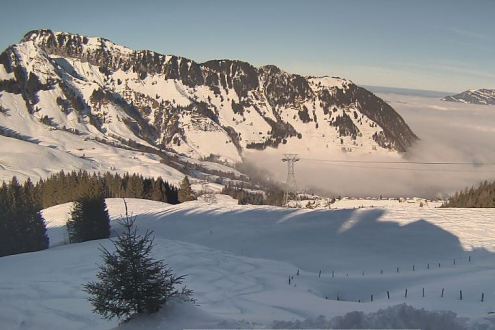 Massive snowfalls in Verbier over the weekend – 11 December 2017 – Photo: planetski.eu

The Pyrenees have not seen as much snow as the Alps in recent days. However, early season cover is still pretty good in most resorts, with 30/70cm depending on altitude in Andorra’s Soldeu and 65/110cm in Spain’s Baqueira Beret - the pick of the Pyrenean resorts - where all 35 lifts now open.

Snow conditions across Scandinavia are generally good with some of the freshest snow in Norway’s Voss (45/130cm), where 10cm fell on Sunday.

Winter has returned with a vengeance in Scotland, after last week’s thaw, with Glencoe, the Lecht and Cairngorm all open with fresh snow today. 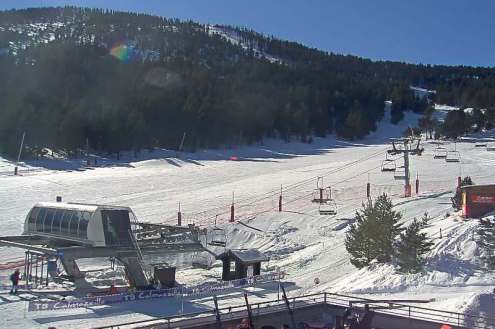 Utah’s unusually poor start to the season continues with no significant snow on the horizon for Alta (56cm), where the snow-pack is mostly man-made.

Much of Colorado is in the same boat, with just 46cm of mostly man-made snow up top in Vail and 64cm in Aspen.

For better coverage you need to head further north, where Wyoming’s Jackson Hole has a healthier upper base of 124cm, and Big Sky Montana has 104cm.

The resorts of western Canada continue to outdo their US counterparts.

Whistler (137cm upper mountain base) may not have seen any snow in the last week but cover is still excellent thanks to the big pre-season storms. What’s more, new snow is forecast by the weekend.

Better still is the Banff/Lake Louise area where colder temperatures have made for better snow quality over the last few days. Here the 125cm upper base is fairly exceptional for the time of year. 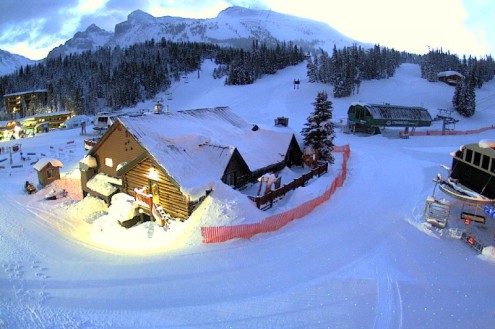 Our next full snow report will be on Thursday 14 December 2017, but see Today in the Alps for daily updates