Snow conditions in the Alps are hugely variable depending on geographical location right now.

In the north-eastern Alps it has hardly stopped snowing since the turn of the year, with historic levels of snow in some parts of Austria (e.g. Gosau, Fieberbrunn, Hochkönig). By contrast, some southern parts of the Alps (e.g. the Dolomites) are crying out for snow, and are heavy reliant on snow-making.

Elsewhere in the Alps, it is everything in between. The northern French Alps (e.g. Morzine, Flaine) have been freshened up by a moderate fall of snow this week, but more would still be welcome. Switzerland has also seen new snow, heaviest in the central (e.g. Engelberg) and eastern Swiss Alps (e.g Klosters), lightest in the south-west (e.g. Zermatt).

The weather forecast for the Alps also makes for interesting reading again. After a lull in the weather on Friday, new weather fronts will arrive from the north-west over the weekend, bringing snow (and some low level rain) to the northern Alps. This will be heaviest on Sunday and will last into the first part of next week.

Meanwhile, across the pond, most North American and Canadian ski resorts have excellent snow conditions.

Aside from Carinthia and parts of Osttirol, which were relatively sheltered from the recent storms, the snow is now exceptionally deep across much of Austria.

Indeed there are historic snow depths for early January in some areas in the north, such the lower resorts of the northern Tirol, Salzburgland, western Styria and Upper and Lower Austria. Zell-am See now has settled on-piste snow-depths of 100/245cm depending on altitude, while Maria Alm has 170/240cm.

By contrast, in the far south of Austria close to the Italian border, Nassfeld has just 60cm up top and is heavily reliant on snow-making. 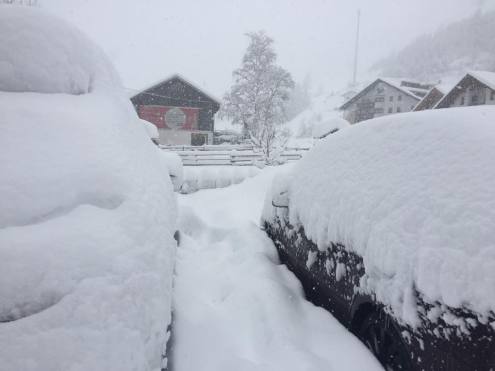 Extreme snow depths in parts of Austria. This is Kaunertal – 10 January 2019 – Photo: kaunertal.at

Snow conditions have improved this week across the northern French Alps thanks to new snow, albeit (in most cases) in relatively modest quantities. Avoriaz (95/190cm) did better than most and is skiing well, with at least 30cm of new snow, while Val d’Isère (93/189cm) and other big Tarentaise resorts saw closer to 10-15cm, but are also offering some decent skiing, especially on-piste.

In general, more snow is still needed across the lower resorts of the northern French Alps, as cover is still thin below 1500m or so. Morzine currently has base depths of 10/100cm, while Megève has 30/90cm.

The southern French Alps have not seen any serious snowfall for several weeks, but can still offer plenty of good piste skiing. Serre Chevalier (20/185cm) and Isola 2000 (50/70cm) are among the better options here.

Some snow is forecast this weekend, but most of it will fall in the northern French Alps. 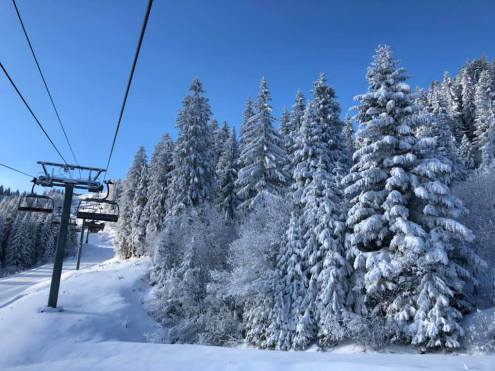 Italian ski resorts have missed most of the recent snow, though there have been bits and pieces getting through in places, including Livigno (42/155cm) and Cervinia (60/165cm), both of which are skiing as well as anywhere in the Italian Alps right now.

Snow cover is generally modest across Italy though, with some areas including the Dolomites still heavily dependent on artificial snow. Selva has just 5/40cm depending on altitude while Cortina has just 0/20cm.

As to the forecast for the coming days, it looks like most of the Italian resorts will again miss out, with the heaviest snow set to fall on the northern side of the Alps. 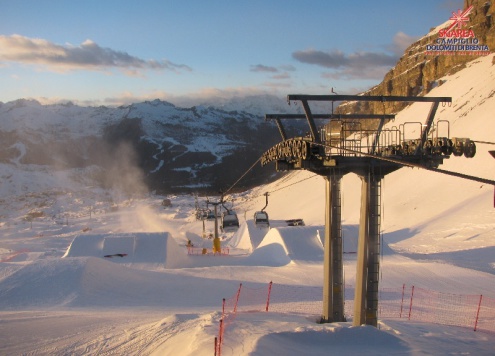 The northern and eastern Swiss Alps have seen a lot of snow in recent days, with as much as 70-90cm in resorts such as Engelberg (50/320cm) and Klosters (85/200cm), where conditions are superb even if extreme caution is still advised off-piste.

Further west, the likes of Wengen (40/160cm) and Villars (20/150cm) are vastly improved after a relatively recent barren spell.

Unlike earlier in the season, the southern Swiss resorts of Zermatt (7/170cm) and Saas-Fee (25/300cm) saw less snow this time around, but the skiing has been consistently good here since the start of the winter. 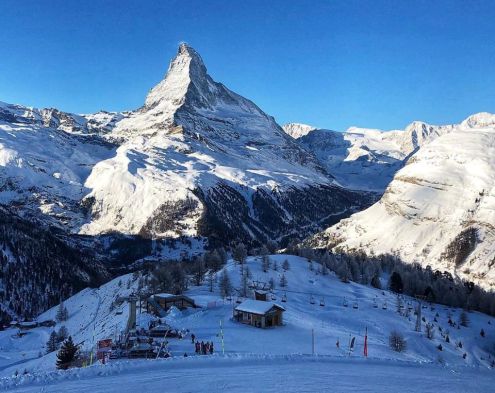 Parts of the Pyrenees have seen a light to moderate fall of new snow this week which has helped freshen things up, although much more is needed to properly ignite what has been a very disappointing season to date. Spain’s Baqueira Beret is doing better than most with 20-25cm of new snow and base depths of 35/65cm depending on altitude, while Andorra’s Grandvalira has 10/50cm.

There is currently plenty of decent piste skiing available across Scandinavia, even if base depths remain relatively modest. Norway’s Hemsedal now has 75cm packed down on its upper slopes, while Sweden’s Åre has 63cm.

Skiing in Scotland remains on hold due to a lack of snow. 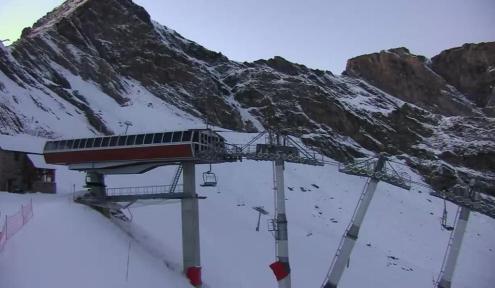 Modest snow cover in the Pyrenees. This is Cauterets – 10 January 2019 – Photo: cauterets.com

The weather has settled down across most of the western US but snow conditions remain excellent in most resorts. Utah’s Snowbird has upper base depths of 173cm and has been skiing superbly in recent days.

Over in Colorado, Vail is fully open and also in good nick, with 109cm of snow packed down up top.

Whistler (upper base 287cm) continues to offer outstanding snow conditions with 137cm of new snow in the last week. Things do appear to be settling down though, with an extended period of fine weather now on the cards.

It’s good news further inland too, with 60cm of new snow in the Lake Louise region in the last seven days. The upper base is now 172cm deep here. 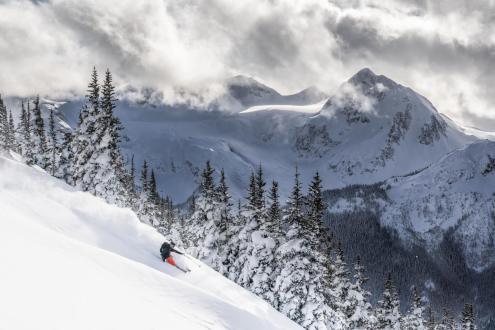 Our next full snow report will be on Thursday 17 January 2019,