Snow conditions remain excellent across most of the Alps with fresh snow in places, especially in the south and west. Snowiest of all right now - at least in terms of fresh snow - is the southern French Alps (e.g. Isola 2000, Risoul).

Another important point to note is that we have lost the extremely cold temperatures that we saw earlier in the week.

Across the pond, Canada continues to offer the best snow conditions…

Extremely cold temperatures have posed some challenges this week in Austria, but it is now turning milder which means that skiing will be more comfortable over the next few days.

Snow cover remains good across the board with the deepest bases still at altitude and in the west. Sölden has settled snow depths of 25/320cm, while Lech has 165/310cm.

Except for one or two flurries over the next few days, there will be no significant snow and many places will stay dry. 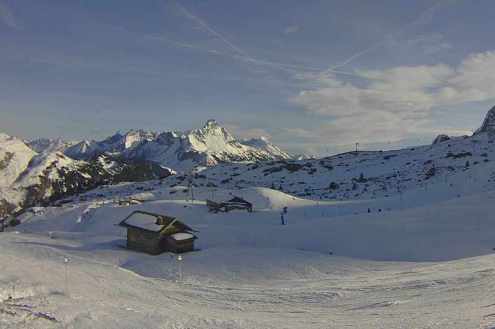 Dry but cloudy across much of Austria. This is Leogang – 1 March 2018 – Photo: saalfelden-leogang.com

There is fresh snow across much of the French Alps, especially in the south where conditions are fabulous right now in Serre Chevalier (70/255cm), both on and off piste.

Snow is also falling further north, though generally in smaller quantities. Right now Avoriaz has base depths of 240/350cm, while La Plagne has 225/375cm.

Expect further snow for many French resorts over the next day or two before the weather improves during the weekend. It will also feel milder than of late. 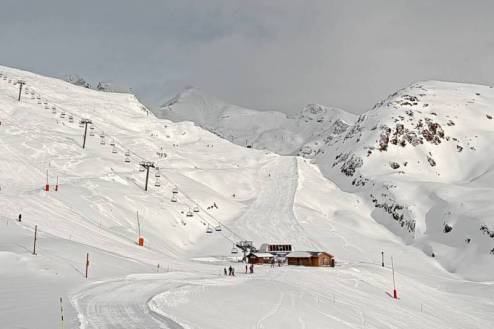 Lots of fresh snow in the southern French Alps. This is Les Orres – 1 March 2018 – Photo: lesorres.com

Snow conditions remain excellent across most Italian resorts, with even some powder to be had in the far south-west, where Sestriere has base depths of 80/200cm and Bardonecchia has 70/200cm.

Expect some snow in places over the next day or two, especially in the west, but also plenty of dry weather and much milder temperatures than of late. 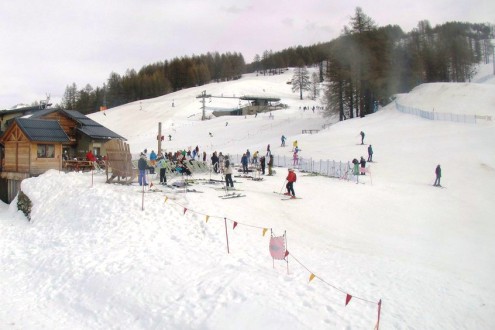 Fresh snow in the western Italian Alps. This is Sestriere – 1 March 2018 – Photo: vialattea.it

Snow conditions remain excellent across just about all Swiss resorts, especially on-piste. Klosters has 120/240cm of snow depending on altitude, while Zermatt has 150/350cm.

Further north, Engelberg is still hanging on to the deepest base in the Alps with a whopping 620cm up top on its Titlis glacier.

Expect milder temperatures and bits and pieces of snow over the next couple of days but nothing significant. 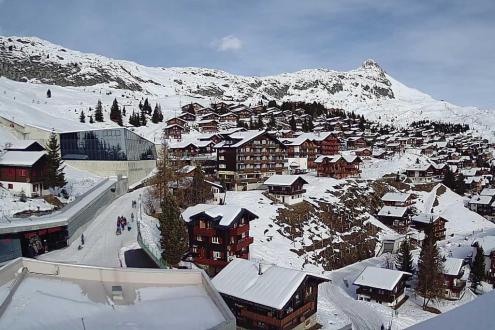 Snowing this morning in the Portes du Soleil. This is Les Crosets – 1 March 2018 – Photo: portesdusoleil.com

The Pyrenees have seen some new snow in recent day. In Andorra, Soldeu has base depths of 110/170cm and is offering some excellent skiing, especially on-piste.

Scotland has also seen plenty of snow, with deep powder in the eastern resorts, where Glenshee has 50/100cm. Watch out for some very cold and windy weather though, which may hamper lift operations over the next few days.

Scandinavia hasn’t seen much snow in recent days but it has been very cold which means that conditions remain excellent, on-piste at least. Norway’s Hemsedal has 175cm of settled snow up top, while Sweden’s Åre has 102cm.

Deep snow at altitude in the French Pyrenees. This is Cauterets – 1 March 2018 – Photo: cauterets.com

Most Colorado resorts haven’t seen a huge amount of snow in the last week and snow depths remain below par by and large. That said, there is still some decent skiing to be had on-piste with 122cm up top in Vail and 173cm at altitude in Aspen.

Over in California, significant snow is expected to fall in Mammoth (114/229cm) over the next few days, and will also move into Utah, albeit having lost some of its power. Snowbird is already skiing very well, however, with 30cm of fresh snow on Monday and an upper base measuring 224cm deep.

Whistler saw a decent fall of snow to low altitudes on Wednesday and now has an upper mountain base close to 300cm.

Further into the interior, the Banff/Lake Louise area is also skiing very well, with a little new snow earlier in the week and more flurries expected towards this weekend. 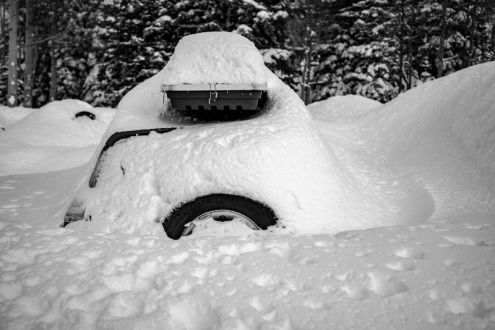 Great snow cover across the resorts of western Canada. This is Kicking Horse – 1 March 2018 – Photo: kickinghorse.com

Our next full snow report will be on Monday 5 March 2018, but see Today in the Alps for regular updates