Snow conditions in the Alps are generally excellent for early December, with most areas now having a decent base at altitude, and in many cases at low levels too (especially in the north and east).

There are some exceptions, however. The most obvious of these being the Aosta valley, where the likes of Cervinia and Champoluc are still short of snow. Others include the northern Piedmont and western Lombardy (e.g. Alagna, Madesimo), and parts of the southern French Alps (e.g. Les Orres, Pra-Loup).

After a cold weekend, it will warm up next week, though not for long as we are expecting a return to cold and snowy weather by the weekend of 9/10 December.

Austria is the stand-out country in the Alps right now with excellent snow conditions just about everywhere. That doesn’t mean that everything is open of course but, if you are lucky enough to be skiing in Austria this weekend, conditions will be superb with plenty of cold powdery snow on offer. 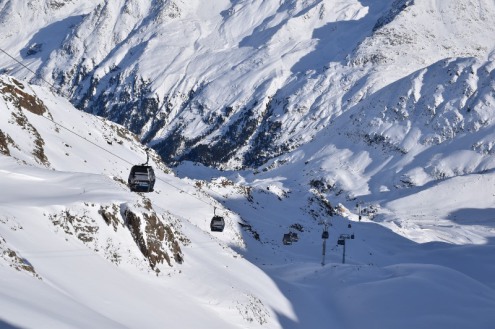 Picture postcard scenes in the Austrian Vorarlberg. This is Schröcken – 1 December 2017 – Photo: warth-schroecken.com

Snow conditions are generally very good in the northern half of the French Alps, roughly from Grenoble northwards. Further south, with one or two exceptions, much more snow is still needed.

In the north, the Portes du Soleil has done well this week with plenty of fresh snow. Some skiing has already been possible this season on the Swiss side while, on the French side, Avoriaz (45/80cm) will open a handful of pistes this weekend. Indeed, a lot more French resorts will be partially open from tomorrow, including Alpe d’Huez (5/50cm). 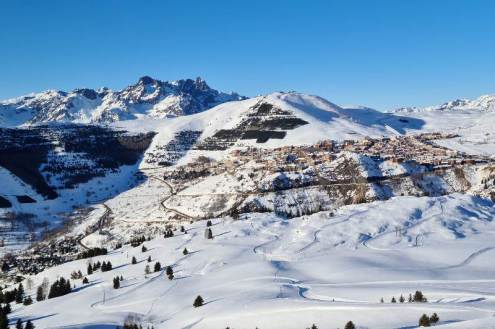 Looking good in Courchevel a week ahead of opening– 1 December 2017 – Photo: courchevel.com

Snow conditions in Italy are more mixed than elsewhere in the Alps.

In the Dolomites (where there is fresh snow) conditions are excellent with more and more runs opening all the time. Kronplatz (15/50cm) currently offers the most terrain but this may change this weekend.

In the far south-west, Prato Nevoso (60/100cm) also has plenty of snow, with another big dump forecast on Friday night/Saturday.

In between, the picture is much more mixed with currently very little snow in the Aosta valley, where skiing in Cervinia (5/130cm) is still limited. Some snow is forecast here today and tomorrow but it won’t be nearly as heavy as further south (i.e. from Sestriere southwards). 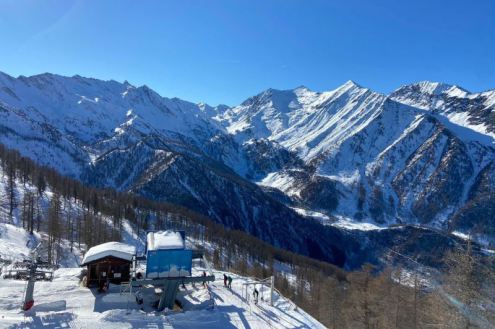 Snow conditions are generally excellent in Switzerland, with the exception of parts of the south (Ticino). Snow is lying at very low altitude across most of the Swiss Alps, and even right into the lowlands in the north.

In the northern Swiss Alps, Engelberg now has 40/305cm of snow depending on altitude and is as impressive as anywhere right now. Further east, Davos (20/85cm) and Laax (10/120cm) are also in great shape, even if the number of open pistes in both resorts is still limited.

Further west, Zermatt (5/60cm) has not seen as much fresh snow in recent days but still offers over 50km of pistes spread over its three main ski areas. 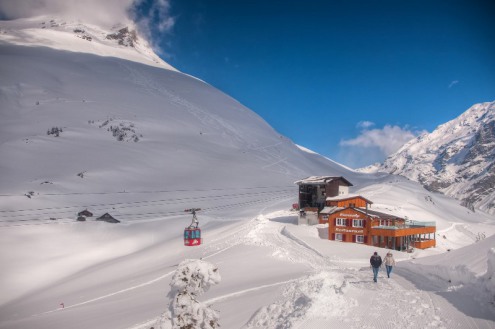 Snow conditions in Engelberg are as good as anywhere in the Alps – 1 December 2017 – Photo: titlis.ch

The Pyrenees have also been enjoying some wintry weather this week, with more and more resorts opening. The pick of these, at least in terms of extent, remains Spain’s Baqueira Beret (20/50cm) which will have over 100km open this weekend.

The Scottish ski season is springing into life earlier than normal this year. Thanks to the cold and snowy weather, Glencoe (5/20cm) fired up its first lifts on Tuesday, followed by Cairngorm (5/20cm) on Thursday.

Most other non-European ski options are in Scandinavia. Norway’s Geilo, for example, can offer 14 trails on an upper base some 90cm deep. 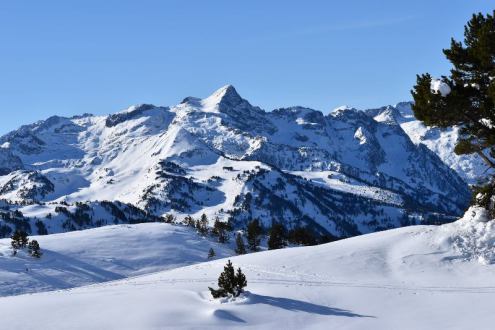 Lots of fresh snow in the French Pyrenees. This is the Val d’Azun – 1 December 2017 – Photo: valdazun.com

Snow conditions in the western US remain mixed, and many Colorado and Utah resorts could do with a big dump to ignite their season.

Colorado’s Breckenridge, for example, has a modest upper base of just 46cm, much of it man-made. Utah’s Snowbird resumes operations on Saturday and is also heavily reliant on artificial snow with just 40cm up top.

For the best snow coverage you need to head further north to Jackson Hole (125cm upper base) or further still to Mt Baker (165cm upper base).

It’s snowing again in Whistler, which means that conditions are excellent for the time of year with 146cm packed down on the upper mountain.

There is also lots of great skiing to be had further inland, with the majority of trails now open in Lake Louise (89/139cm). 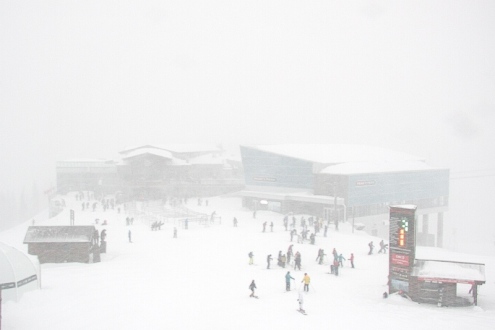 Our next full snow report will be on Monday 4 December 2017, but see Today in the Alps for daily updates