The weather in the Alps has turned very unsettled, and will remain so for the foreseeable future. The first storm is moving across the Alps today, bringing with it some moderate falls of snow, mostly to the northern Alps (e.g. Avoriaz, Mürren, Lech) where it is falling to increasingly low altitudes.

The second storm is due later on Sunday and on Monday and will be very potent indeed. This storm will bring a lot of snow to the southern and western Alps (especially at altitude), including resorts that were in need of a good dump such as Les 2 Alpes, Serre Chevalier, Courmayeur, Cervinia and Madesimo, to name just a few. However, with warmer air in the mix , there will also be some rain lower down (falling as high as 2200m in places), more likely across the north-western Alps (e.g. Portes du Soleil) on Monday morning.

The rest of the week will remain very unsettled with fluctuating temperatures. Generally speaking, however, it will turn colder again which means that most areas will see a considerable net gain in terms of accumulated snowfall between now and this time next week.

Over the coming days there will also be lots of wind in the Alps. Combined with fluctuating temperatures, heavy rain and huge snowfalls, this will all lead to a very marked increase in the risk of avalanche off-piste.

Sunday should start dry but further precipitation will reach western parts (e.g. Arlberg) later. The rain/snow limit will start low but will rise towards 800-1000m later.

Monday will be mild and stormy with heavy rain/snow in the south and west (especially close to the Italian and Swiss borders). The rain/snow limit will exceed 2000m in places for a time before dropping again later in the day. 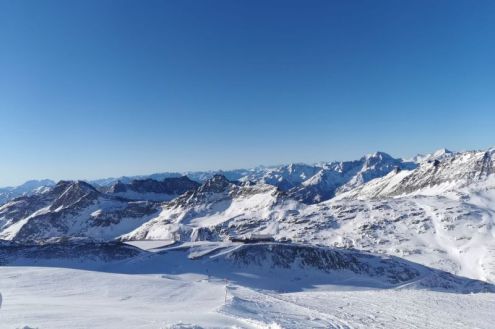 Saturday will see a few flurries to low levels in the French Alps, mostly in the north, with the best of any sunshine further south. It will feel cold with freezing levels around 400-700m.

Sunday will see the next storm moving in, affecting the whole of the French Alps. Generally speaking the rain/snow limit will rise to between 1500m and 1800m later in the day, but will remain much lower in some enclosed valleys (e.g. Val Cenis) where the cold air will hang on the longest. Expect significant snowfall at altitude in all areas. 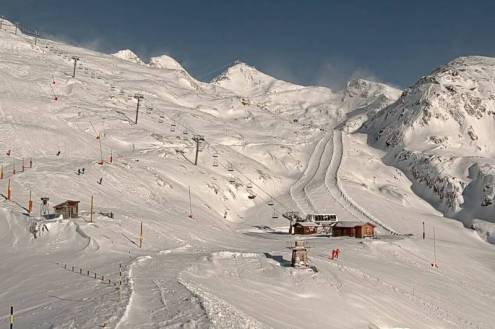 Plenty of snow in Courchevel, and even more on its way – 8 December 2017 – Photo: facebook.com/Courchevel

Saturday will see a few light flurries to low altitude in the far north-western Italian Alps (e.g. Courmayeur) otherwise most regions will be dry but cold with sunny spells.

Sunday will be mostly cloudy with outbreaks of snow, heaviest in the far north-west (e.g. Courmayeur/La Thuile). The rain/snow limit will start quite low but creep up towards 1500m in the west later.

It will remain very unsettled on Monday with further rain and snow for most, heaviest this time in Lombardy and the western Dolomites (e.g. Livigno, Madonna di Campiglio). The rain/snow limit will fluctuate between 1400m and 1900m. 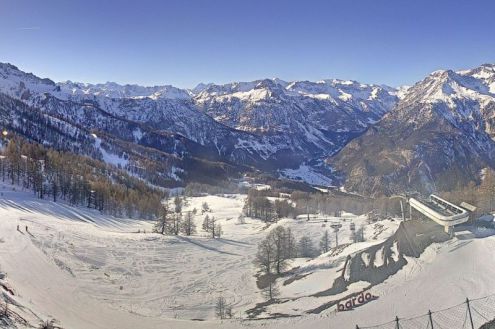 Saturday will be cold with further snow flurries to low levels across the northern Swiss Alps (e.g. Wengen, Engelberg). The best of any sunshine will be further south.

Sunday should start dry in most places but further precipitation will soon arrive in the west, reaching the eastern Swiss Alps later in the day. The rain/snow limit will start quite low but will rise to 1000m or higher in the west later.

It will remain very unsettled on Monday with further heavy rain/snow, especially in the south close to the Italian border. The rain/snow limit may reach 2000m in places for a time before descending again later in the day. 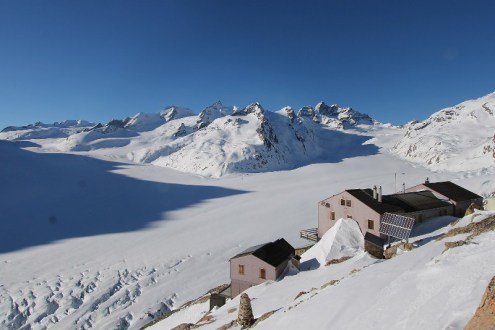 It will remain very unsettled next week with further significant snow at times, often to low levels.

Our next detailed snow forecast will be on Tuesday 12 December 2017, but see Today in the Alps for daily updates