High pressure has dominated the Alps this week, which has meant lots of fine and sunny weather for most regions, at least above any nuisance value low level fog patches.

On Thursday a weak cold front will introduce more cloud and a few light showers/flurries to the northern Alps, but significant precipitation is not expected.

The next major storm is due later on Sunday and Monday and will bring significant snowfall to many parts of the Alps, both north and south. This snow will clear the eastern Alps on Tuesday, with fine weather expected to return to all parts of the Alps later next week…

Thursday will be mostly dry in the Austrian Alps, but there will be more in the way of cloud than there has been recently, especially later in the day and across the north and west. This cloud may produce a few flurries above 1300m, then down to 900m in the evening and overnight.

Friday and Saturday will be mostly dry with variable cloud, some sunny spells and freezing levels typically between 1200m and 1800m. 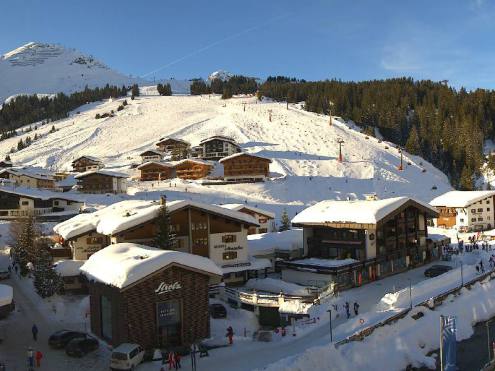 Thursday will start mostly dry in the French Alps, with plenty of sunshine across the south. Cloud will gradually increase further north, with a little light snow likely above 1400m then 1000m later in the day and overnight. However, the quantity of snow will remain very modest.

Friday and Saturday will be mostly dry with cloud at times, interspersed with some sunny spells, the best of which will be furthest south. It will be quite mild with freezing levels typically between 1500m and 2200m.

Thursday will be mostly dry with sunny spells in the Italian Alps, but with increasing cloud and the odd light flurry (1400m) in the far north-western Italian Alps later.

Friday and Saturday will be mostly dry with plenty of sunny spells, and freezing levels generally between 1200m and 2000m. 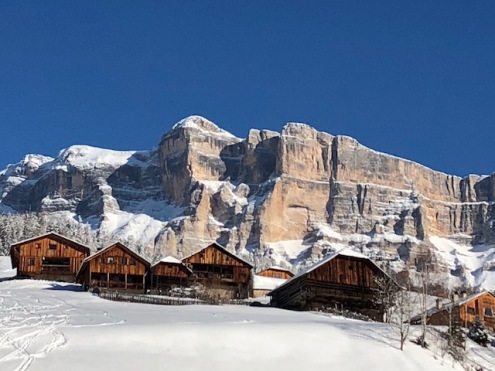 Fabulous weather this week in the Alta Badia - 6 February 2019

Thursday will start dry with sunny spells in the Swiss Alps, especially in the south and east. However, cloud will quickly thicken up further north and west with a few light flurries above 1300m then 900m later in the day and overnight.

Friday and Saturday will be mostly dry, though there will be quite a lot of cloud across the northern Swiss Alps at times, and even the odd light flurry (1400m) early on Saturday.

A major storm will move in from the north-west later on Sunday and will influence the Alps until early on Tuesday. This storm is expected to bring significant snow to most of the Alps, with the heaviest falls probably in Austria.

Our next detailed snow forecast will be on Friday 8 February 2019, but see Today in the Alps for daily updates