One big storm may be over, but another is already on its way for later this weekend, lasting into the first part of next week.

The effects of this new storm will be more localised than the last but it will have the potential to deliver huge amounts of snow to parts of the western Italian Alps as well as some adjacent border areas of France and Switzerland. The rain/snow limit will be around 1300-1800m.

Some models are calculating as much as 2-3m of new snow during this period, especially in the upper reaches of Zermatt, Saas-Fee and the Monte Rosa. By contrast, the northern Alps will be mostly dry and very mild as they will be “protected” by the Foehn.

Saturday will be mostly dry and mild with good sunny spells in the Austrian Alps, especially in the north where freezing levels will reach 2400m. In the far south it will be cloudier with the chance of the odd shower (snow 1500m).

Sunday will see little change in the weather with further clouds and a few showers in the far south (snow 1800m). Most other regions will be dry with sunny spells, at least above any low-lying cloud/fog.

Monday will see showers (snow 1500m) become heavier and more persistent in Carinthia and Osttirol. North of the main Alpine ridge it will remain dry and very mild with good sunny spells. 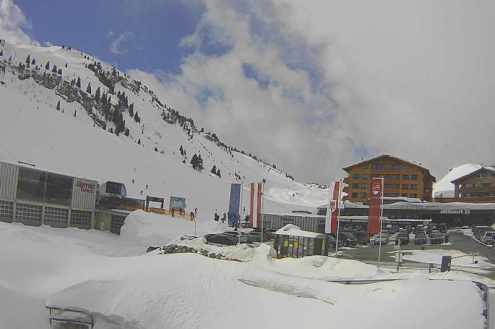 Fresh snow and blues skies on the Kitzsteinhorn glacier above Kaprun this morning – 5 January 2018 – Photo: facebook.com/Kitzsteinhorn

Saturday will be mostly dry and quite mild in the French Alps with the best of any sunny spells in the north and west. Cloud will thicken in the south later, especially close to the Italian border, with a few showers (snow 1500m).

Sunday will be more generally cloudy with showers in the southern French Alps and more snow (1500m) close to the Italian border, especially from about Val d’Isère southwards.

Monday will be similar to Sunday although there will be an intensification of the snowfall close to the Italian border, especially from about Val d’Isere southwards again with a rain/snow limit around 1300-1500m. 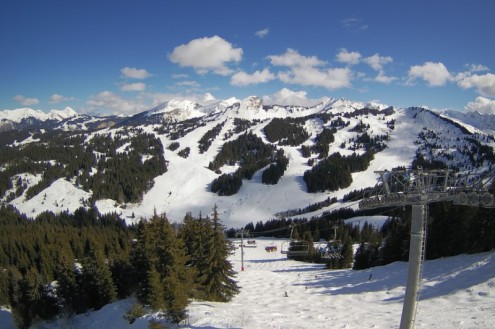 Saturday will be rather cloudy in most Italian resorts though some sunny spells are also possible, especially in the morning. There will be a few showers or flurries (1500m) around, more especially in the far west (e.g. Sestriere) late in the day.

Sunday will see heavier snow across the western Italian Alps (e.g Sestriere, Cervinia, Monte Rosa) though will remain mostly dry if rather cloudy in the east (e.g. Dolomites). The rain/snow limit will sit between 1300m and 1700m.

Monday will see more widespread snow across the Italian Alps, still heaviest in the west. The rain/snow limit will again be between 1300m and 1700m.

Saturday will be mostly dry and mild with sunny spells. However, cloud will thicken up in the far south later bringing a few showers (snow 1500m).

Sunday will remain mostly dry if rather cloudy. However, there will be snow (1500m) in the far south (particularly between Zermatt and the Simplon Pass) which will be heavy at times.

On Monday it will continue to snow (1500m) heavily in the far south, roughly between Zermatt and the Simplon Pass again. A few showers may also break out elsewhere, especially in the west, but many places will stay dry. 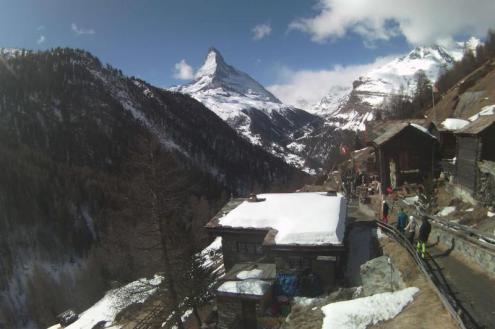 Tuesday will see further heavy snow in the central and western Italian Alps and some adjacent border areas of France and Switzerland. There may also be some precipitation elsewhere, though it will be lighter and patchier and the northern Alps will remain dry.

There is still quite a lot of uncertainty as to what will happen mid-week, but it looks like it will stay relatively changeable with plenty of dry weather but also a scattering of showers here and there.

Our next detailed snow forecast will be on Tuesday 5 January 2018, but see Today in the Alps for daily updates