The weather in the Alps has turned milder this week, most noticeable at altitude in the south and west. It won’t last long though, as another blast of cold and unstable air is set to arrive from the north-west on Thursday night and Friday.

This renewed wintry spell will last through the weekend and into next week, which means significant new snow for many parts of the Alps.

The greatest accumulations, at least in the first instance, are likely to be in the northern French Alps, roughly from Alpe d’Huez northwards through the Tarentaise (e.g. 3 Valleys, La Plagne, Les Arcs) , Mont Blanc region (e.g. Chamonix), Portes du Soleil (e.g. Avoriaz), into the western and northern Swiss Alps (e.g. Verbier, Wengen, Engelberg), and across into the Austrian Arlberg (e.g. St Anton Lech). By Monday these areas should see between 40cm and 70cm of new snow above 1500m, maybe even more in places.

Generally speaking, snowfall will be less significant in the southern and eastern Alps – i.e. most of Italy (except for some border areas) and the eastern Austrian Alps (e.g. Schladming, Obertauern).

Wednesday will be dry in the Austrian Alps, with good sunny spells and just a little cloud here and there, mostly in the far north-east. It will feel quite pleasant at altitude with freezing levels between 1500m and 2000m.

Thursday will again be mostly fine, if a fraction cooler, with some cloud arriving in the far west (Vorarlberg) late in the day.

Friday will be cloudier with showers or longer spells of snow, heaviest in the west (e.g. Vorarlberg). The rain/snow limit will start at around 1000m but quickly fall to 400m in the west. 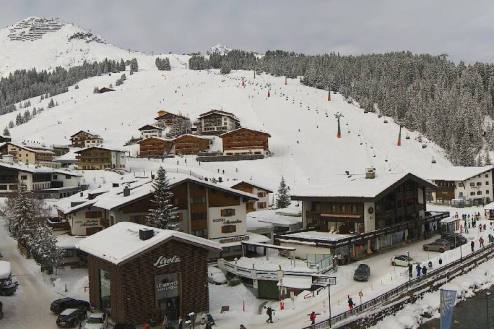 Wednesday will be mostly sunny in the French Alps. It will still feel cold in any shady valleys but quite pleasant in the sun at altitude, with freezing levels close to 2000m.

Thursday will start sunny (and remain so in the south) but cloud will increase in the northern French Alps (e.g. Portes du Soleil) with snow arriving overnight, first above 1600m but to much lower levels by Friday morning.

Friday will be mostly cloudy with showers or longer spells of snow above 600-800m at first, then at all levels later. The heaviest snow will be to the north of Grenoble, while the southern Alps (e.g. Risoul) will only see patchy snow. 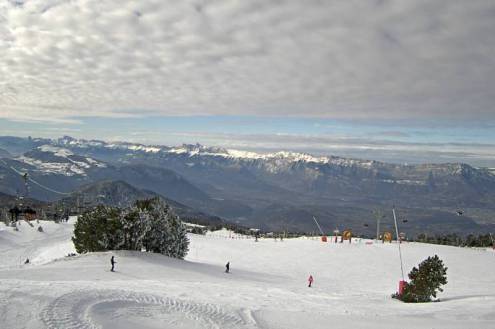 Wednesday will be mostly sunny in the Italian Alps, feeling quite mild at altitude with freezing levels typically close to 2000m.

It will remain fine on Thursday though freezing levels will drop a fraction.

Friday will be cloudier with some snow flurries (rain/snow limit starting at 1400m but dropping to low levels later). Any snowfall will generally be light to moderate, but could be more significant close to some border areas (e.g. Courmayeur). The far south-west (e.g. Prato Nevoso) may stay completely dry.

Wednesday will be dry in the Swiss Alps, with long sunny spells and freezing levels close to 2000m in most places.

Thursday will remain mostly dry with sunny spells but cloud will increase in the north and west later in the day, with snow arriving overnight (first above 1500m but to lower levels later).

Friday will be mostly cloudy with showers or longer spells of snow, first above 600-1000m then to all levels later. The heaviest snow will be in the northern and western Swiss Alps (e.g. Verbier, Mürren, Engelberg). 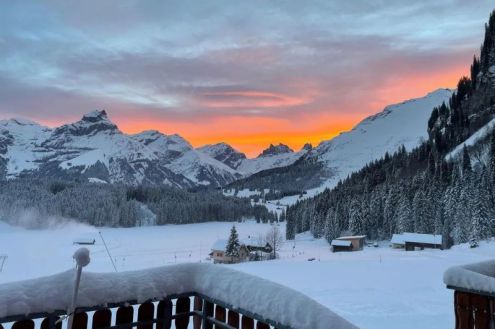 It looks like the weather in the Alps will remain very wintry through the first part of next week with cold temperatures and significant snow for many.