After several days of exceptionally cold weather it is turning milder in the Alps. Some new snow is also expected, especially in the southern and western Alps, and will be heaviest in the southern French Alps on Thursday.

The northern and eastern Alps, especially Austria, will see little or no snow over the next few days.

The rest of Wednesday will be very cold but dry in the Austrian Alps, with variable cloud and sunny spells. Expect maximum temperatures of around -12°C to -15°C at 2000m.

Thursday will remain dry with sunny spells, though will be milder with freezing levels reaching 600-1000m in the east, and 1500m in the west.

Friday will be milder still with freezing levels reaching 2000m or more in the west. It will be rather cloudy but still mostly dry, with perhaps just the odd shower (snow 1200m) in the east. 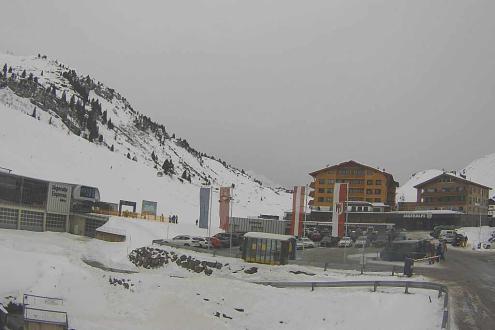 Sunny but still very cold in Austria today. This is Zell am See – 28 February 2018 – Photo: zellamsee-kaprun.com

The rest of Wednesday will be mostly cloudy with just a few brighter spells in the north. Snow showers (to all levels) will develop across the southern French Alps, turning heavier and spreading a bit further north tonight.

Thursday will see significant snow across many southern French resorts with a rain/snow limit starting at all levels but rising to around 800m later. Further north there will also be some snow but it will be lighter and more showery in nature.

Friday will see showers across all parts of the French Alps with a rising rain/snow limit of between 1000m and 1500m.

The rest of Wednesday will remain cold in the Italian Alps with some snow flurries in the far west, becoming more frequent tonight. Elsewhere there will be variable cloud and sunny spells.

Thursday will be rather cloudy with further snow showers, mostly in the west where they will continue to fall to relatively low levels. The central and eastern Italian Alps will see fewer flurries and the occasional brighter spell.

It will remain changeable on Friday with the odd flurry here and there (800-1200m), but will feel milder. 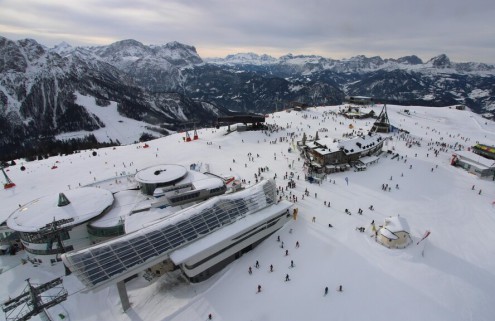 Clouds closing in over Sestriere this afternoon – 28 February 2018 – Photo: vialattea.it

The rest of Wednesday will be mostly dry in the Swiss Alps, though a few flurries are possible in the far west later this evening and overnight, and still very cold (typically -10°C to -14°C at 2000m).

Thursday will be rather cloudy with a few flurries (still to relatively low levels), mostly in the west. Significant snow is not expected though.

Friday will again be mostly cloudy with occasional showers here and there. It will be noticeably milder with a rain/snow limit rising to between 1000m and 1400m.

Over the weekend there will be a few flurries at first in the south-western Alps. However, many places will be dry with sunny spells. It will also feel relatively mild, especially compared with recent days.

Our next detailed snow forecast will be on Friday 1 March 2018, but see Today in the Alps for daily updates