The weather in the Alps is very unsettled right now and will remain so for several days to come.

Over the next few days, many places will see some snow, but it will be the higher parts of the north-western Alps that will see the most. Thanks to fluctuating temperatures, there will also be some rain in the mix, especially below 1600-2000m across the northern and western Alps on Wednesday.

Generally speaking, the northern and eastern Austrian Alps (e.g. Salzburgland, Upper Austria) will see the least precipitation over the next few days.

Wednesday will see plenty of cloud in the Austrian Alps, with showers or longer periods of rain/snow, these being most frequent in the morning and across the northern half of the Austrian Alps. The far south will be drier and brighter. The rain/snow limit will start at around 1100-1500m but will rise to 1800m in places later, especially close to the northern foothills.

Thursday will see further showers, this time in all areas with a rain/snow limit dropping back towards 1000m.

Friday will see variable cloud and some sunny spells. Many places will be dry but showers will return to the south (Osttirol, Carinthia) with a rain/snow limit close to 1500m. 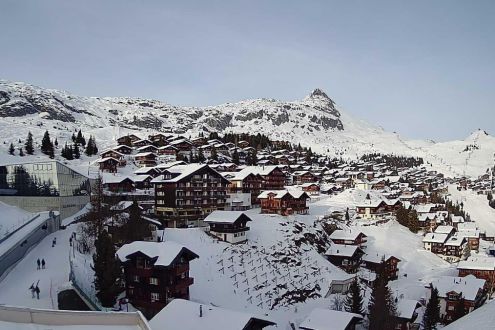 Bright skies across the Austrian Vorarlberg this evening. This is Schetteregg – 27 March 2018 – Photo: schetteregg.at

Most of the French Alps will be cloudy on Wednesday, with only the far south seeing any sunshine. There will be some scattered showers in the morning followed by some heavier and more precipitation later in the day. The rain/snow limit will start between 1600m and 2000m, before it lowers again towards the evening.

Thursday will see a few showers here and there, especially early on and in the northern Alps (snow 1200m), but there will also be some drier brighter spells.

Friday will see showers in the southern French Alps in the morning, these spreading to affect all areas later in the day. The rain/snow limit will start at around 1500m but will drop towards or below 1000m later. 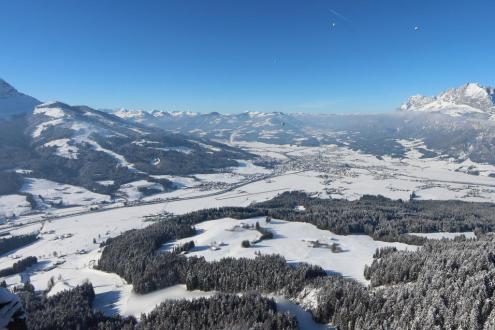 On Wednesday, the far south-western Italian Alps (from roughly Sestriere southwards) may be quite sunny. However, most other regions will be cloudy with a few showers, heaviest close to the border regions and especially in the far north-west (e.g. Courmayeur), with snow above 1600m.

Thursday will see variable cloud with further showers in places, most frequent in the central Italian Alps (e.g. Lombardy) with a rain/snow limit between 1400m and 1600m. The far south-west will again see the best of any sunshine.

Friday will see further showers, again heaviest in the central Italian Alps with snow falling to below 1000m as the day progresses.

Wednesday will be mostly cloudy with scattered showers giving way to heavier more persistent precipitation later in the day, although the far south may stay mostly dry. The rain/snow limit will be between 1400m and 1800m, lowering towards 1000m later in the day.

Thursday will be dry for many with variable cloud and sunny spells. However, there may still be a few early showers across the north-eastern Swiss Alps and some more persistent precipitation (snow 1300-1500m) later in the day in the far south.

Friday will see rain or snow (1400-1700m) in the far south. Most other areas will start dry, but showers will reach the west by afternoon, spreading slowly east later. The rain/snow limit will start at around 1400m but will lower to 800-1000m later.

Saturday will see widespread snow to relatively low altitudes across the Alps.

Sunday will see some snow showers lingering across the eastern Alps, with brighter skies in the west.

Our next detailed snow forecast will be on Friday 30 March 2018, but see Today in the Alps for daily updates