The weather in the Alps remains changeable, with snow today in the far south-western Alps (e.g. Sestriere, Prato Nevoso, Isola 2000).

Between Sunday and Tuesday there will be snow showers in some northern and north-eastern parts of the Alps (mostly Austria). Elsewhere it will be mostly fine over the next few days though still cold at first, turning milder for a time next week.

Then, on Thursday we are looking at the strong possibility of a major winter storm arriving in the Alps from the north-west. Watch this space…

Sunday will be dry with sunny spells in the Austrian Alps, but cold with freezing levels typically between 400m and 800m.

Monday will be cloudier with some light to moderate snow across the northern Austrian Alps (e.g. St Anton, Kitzbühel, Schladming), heaviest furthest east with a rain/snow limit between 400m and 800m.

Tuesday will see a few showers (snow-line rising to 700-1000m) across the north-eastern Austrian Alps (e.g. Schladming), otherwise most other regions will be dry with sunny spells. 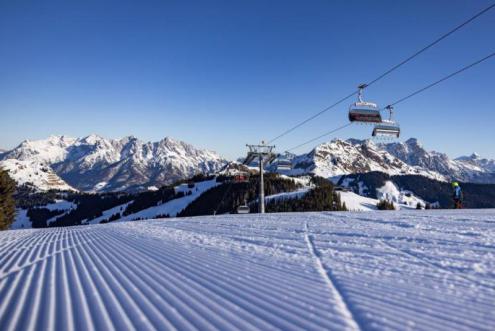 Sunday will be dry in the French Alps, with sunny spells especially in the south but increasing cloud in the north later. Freezing levels will typically be between 500m and 900m.

Monday and Tuesday will be mostly sunny with freezing levels rising to between 1300m and 1900m (north to south). 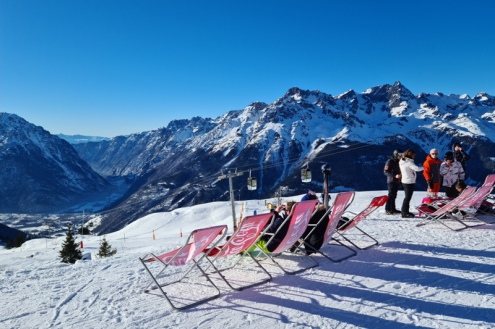 Fresh snow in Les Gets where the weather should now stay dry until Thursday – Photo: facebook.com/LesgetsOfficiel

Sunday will be mostly fine in the Italian Alps, with long sunny spells and freezing levels between 500m and 1000m (east to west).

Sunday will see an increasing amount of cloud in the northern and eastern Swiss Alps (e.g. Engelberg) with a little light snowfall to low altitudes later. Elsewhere it should stay dry but cold with variable cloud and some sunny spells.

On Monday there will be further light snow flurries (600-800m) across the far northern/north-eastern Swiss Alps, otherwise most parts will be dry with sunny spells but chilly temperatures.

Tuesday will see any remaining flurries die away from the eastern Swiss Alps otherwise most regions will be fine with some sunshine. It will also turn milder at altitude with freezing levels rising to between 1200m and 1500m. 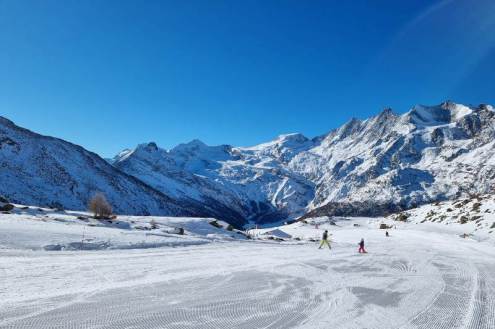 The weather will remain mostly fine until Thursday at which point a new storm will arrive from the north-west with the potential to bring heavy and widespread snow to the Alps.

Our next detailed snow forecast will be on Tuesday 5 December 2017, but see Today in the Alps for daily updates